Vote By Vote, Election By Election, The Congress Charade Crashes 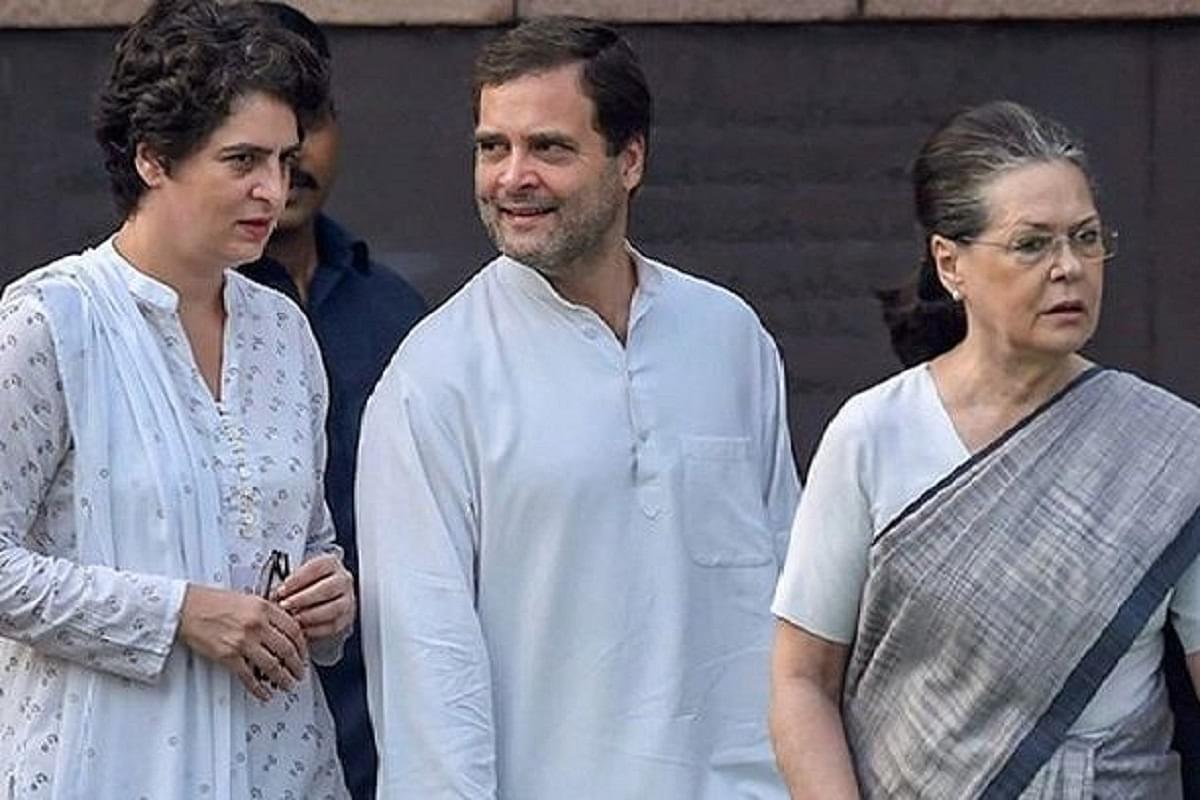 Transcending the barriers of explainable politics, the coming apart of the grand old party of India, the Indian National Congress, is now beginning to resemble a melancholic poem, being sung to welcome the imminent doom, the fall of a kingdom where prosperity is only a chapter in the books of history, and where the greys of gloom outshine the hope of a better tomorrow.

The fall of Congress, under Sonia Gandhi, Rahul Gandhi and Priyanka Vadra, is culminating into a fable that the generations of tomorrow will respond to only with exasperation and shock, wondering how so many things could be allowed to go wrong at the same time. Those who turn the pages of history will question as to how did the Congress excuse itself from the opportunity of being a principled opposition in the world’s biggest democracy to being the Cheronbyl equivalent of a political entity, led by three public individuals, consumed by their entitlement they had long exhausted.

Yet, beyond hymns and poems, an attempt, at the cost of repetition and futility, must be made to make sense of the recent activities of the Congress.

For any political party, elections, in the larger scheme of existence and evolution, is always secondary, and it further becomes trivial, when the party is the Indian National Congress, for it is older than the oldest of parties, than the Constitution of Indian republic as we see it, and has lasted longer than many kingdoms from the past.

A few states lost and gained, a few vote banks angry and happy, a few leaders leaving and coming, and the cycle of time and elections moves on. There are decades of biding time and struggling through one’s limited capacities, and there are decades of ruthless power, unchecked and unprecedented spoils. It’s the story of strong people creating good times, and good times creating complacent successors, and in the case of Congress, of such inheritors burning it all, brick by brick, vote by vote, election by election.

The Congress is not seeking humility in their defeat but a route to the annihilation of the very democracy their ancestors ushered. They are not looking for antagonists amongst other parties, but in the voters themselves, the same that voted them to power for almost six decades. One could run out of metaphors and analogies to explain the downfall of the Congress but the party is not short on methods to attempt the end of the very country.

The security lapse in Punjab is in continuation of that decimation and consistent with the attempts of the party to insult not Prime Minister Narendra Modi, but the office of the Prime Minister which happens to be only one of the many institutions Rahul Gandhi has been attacking.

For long, the Congress has been trying to sell the idea of the institutions guarding the democracy of the day, like the election commission, media, judiciary, armed forces, law enforcement agencies, and any body that bridges the gap between the representatives and the citizens, as stooges of Narendra Modi. They have marketed this belief not only in India, but across the world.

What else explains the unapologetic demand for evidence of surgical strikes, or to attempt to paint Rashtriya Swayamsevak Sangh as the engineer behind the attacks of 26/11 in Mumbai, or to have an MoU with the Chinese Communist Party, or for their leader to beg Pakistan for help on their soil to politically eliminate Bharatiya Janata Party, or of their tallest leader, Rahul Gandhi, asking the Western world to intervene by claiming that he has no control on any institution, or by gaslighting a protest that borderlines on separatism, and more recently, to laughing off a security lapse in a border state, at a point few kilometres from Pakistan.

What explains Congress staking not only their legacy or national identity, but the very country, for their incapacity to fight the BJP on the ground, man to man, woman to woman, fair and square, in a nation perpetually in election mode. To lose states as they lost Karnataka, Madhya Pradesh, and almost Rajasthan can be termed as folly, and to lose states as they lost West Bengal, Kerala, and Delhi can be termed as a faulted strategy, but what does one call crossing the most unacceptable lines of political decency and decorum?

In Punjab, the Congress has exceeded all expectations, but on the downside. Emptying the barrel of political intelligence and acumen, the Congress is now busy hurting itself by scratching the sharp bottom, hoping to dig up more excuses to invite mockery.

To dismiss Captain Amarinder Singh six months before an election they were favourite to win under his leadership can be termed as fickleness. To have Navjot Singh Sidhu as the state party head, even when he imagines an elder brother in the man who governs the army that takes pride in killing our soldiers and throws himself, without shame, on the General of the same army, can be termed as a political foolishness. To have Charanjit Singh Channi, an unknown face and one who skips in and out of a Covid quarantine as if it were a school canteen, while dismissing legitimate concerns to the Prime Minister’s life, can be termed as leadership fragility.

However, beyond that, in which dictionary of the grand universe do we find the words that explain the Congress’ downward spiral, borderlining on a pursuit to political nothingness, for clearly, this planet and the human life-form has run out of words and phrases to describe their contempt, cunningness, and cruel intent for Indians and the Indian state.

For the sake of almost 120 million people, hoping against hope, who voted for them in 2019, for the sake of the party workers, selflessly committing themselves to a political future even they have trouble imagining, and for the sake of the states governed by them, the party, beyond the three leaders and their merry-making pawns, must introspect. In a political contest, you win some days, and some days, you lose to fight another day, but at no point, you kill the fight or the prize, but the Congress of the day has different ideas. Put simply, intoxicated, they are dancing with a burning torch in a sea of oil and a floor of coal.

What one fears is what will that crash cost the country and its citizens.