Why Pakistan Repeatedly Gets Under Our Skin: Time For Us To Get Under Theirs 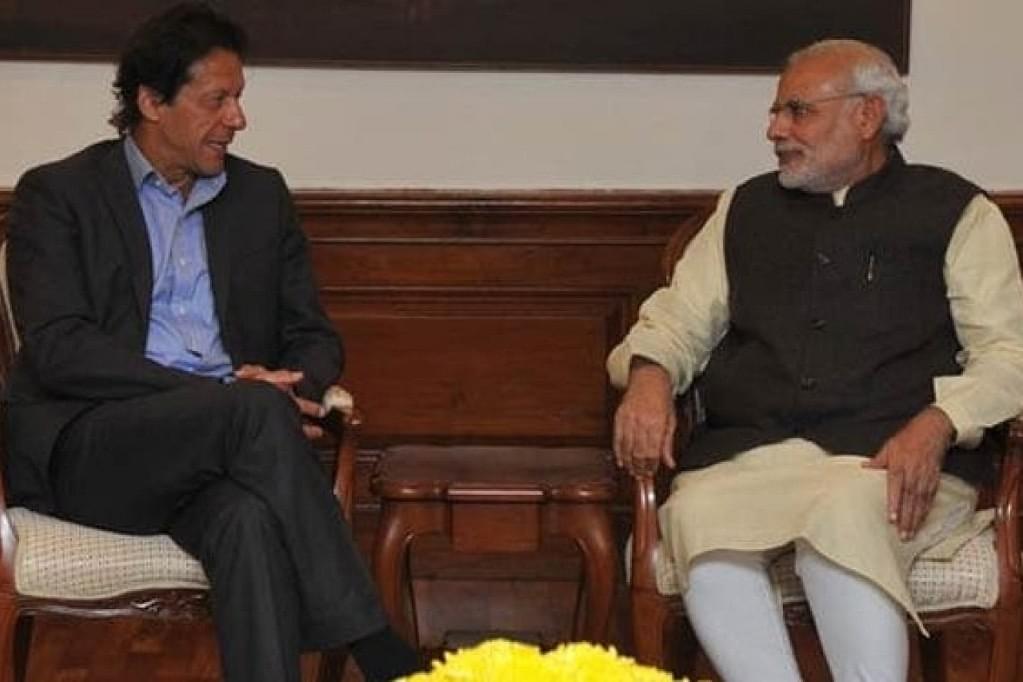 India’s stop-go, stop-go approach to Pakistan is not working. Every time we think about holding talks with them, some incident occurs which forces us to cancel the same.

We saw this recently when, in response to Imran Khan’s call for talks, India agreed to one where the two foreign ministers, Sushma Swaraj from our side and Shah Mehmood Qureshi from theirs, would meet on the sidelines of the UN General Assembly last month. But following “two deeply disturbing developments”, including the inhuman killings of security personnel by Pakistan-based entities and the release of postage stamps on slain terrorist Burhan Wani, we cancelled the talks.

This led to Imran Khan making intemperate remarks about the PM. He tweeted: "Disappointed at the arrogant and negative response by India to my call for resumption of the peace dialogue. However, all my life I have come across small men occupying big offices who do not have the vision to see the larger picture.”

At the UN General Assembly, Pakistan upped the ante once more, when it accused India of being behind the Peshawar terrorist attacks on a school, where 132 of the 149 killed were children of army men. It is well-known that the attackers were affiliated to Tehrik-e-Taliban Pakistan, but that didn’t stop the foreign minister from hinting that India was behind it.

We made an angry response to this charge, but this is exactly what Pakistan wants. If you chose to verbally wrestle with a pig, not only will you get soiled, but the pig loves it. Making us angry makes Pakistan’s day.

Looking at our continuous history of talks, their abandonment, and their subsequent resumption, it should be obvious that Pakistan is working to a plan, while we are reactive, often driven by sentiment rather than strategy.

The home-truths we all know, but still fail to acknowledge, are the following:

Pakistan, especially its army, does not want full-blown war or real peace with India. It wants tensions to remain, and hopes that at some point we will just give up and hand over parts of Kashmir to them. But that will not end anything; it will just shift the war to another front.

The Pakistanis talk peace for one of three reasons: one, the Pakistani army itself wants a breather from conflict; two, they want something from the US, and talking peace helps them earn some brownie points with the State Department which anyway is full of pro-Pakistan elements; and, three, to check if India is in a mood to concede more than what it can hope to get. We did this in Tashkent in 1962; in Shimla in 1972; in Lahore in 1999; and we almost made concessions on Siachen when Rajiv Gandhi was in power. We conceded most favoured nation status to Pakistan without reciprocity. Usually, the talks go nowhere since the Pakistani army does not want us to get too chummy with Pakistani politicians. So, they will commit some atrocity which forces us to call off the talks.

Next, we need to be clear that the Pakistani fantasy is about dismembering India. But India is simply too powerful for Pakistan to take on, and so low-level and permanent hostility to India is the next best option. This state of mind emanates from two psychological realities: one is that Pakistan has no real reason for existence beyond hostility to “Hindu” India, never mind that there are more Muslims here than in Pakistan. The second is revenge for the separation of Bangladesh, and the fact that the Pakistan army has never won a war with India. This rankles with the army brass, who run Pakistan.

The strategy that flows from this is keeping up the endless pinpricks of terrorism and intermittent line of control violations in the hope that India loses patience and does something silly, including launch a war that cannot deliver any results. Worse, it will make us look like the aggressors.

There are no effective counters to this strategy through the normal process of dialogue, for the purpose of dialogue at the Pakistani end is not related to any solution. Even if you hand over Kashmir on a platter, the hostility will not end. It will begin somewhere else. The creation of Bangladesh has not stopped Pakistan from starting a fire covertly from that territory, and also in Punjab, with the Khalistani movement.

For us, the options are the following.

One, ignore Pakistan, both its overtures, and provocations. Instead, give replies in kind, through covert violence and retaliation, with no formal statements. An occasional statement on retaliation, like the surgical strikes of 2016, is enough to tell our own people that we are not taking anything lying down.

Two, agree to talk, but make sure that it is our agenda that is presented first. Want to talk Kashmir? Sure. We should rush to state that we are eager for talks to retrieve Pakistan-occupied Kashmir. Once we make our agenda clear, their eagerness for talks will vanish.

Three, raise hell over the treatment of Hindus in Pakistan. It is odd that our phony secularism prevents us from raising basic rights issues, when Pakistan can keep raising issues about Indian Muslims. We should demand access to check on the status of Pakistani Hindus, without conceding any parallel concern on their part about our Muslims.

Four, court China. The only country with leverage in Pakistan today is China, and it is here we must focus our diplomatic efforts. We should quietly support China’s efforts to contain the Uighur movement, and also offer any intelligence we have on Pakistani and other jihadis who are targeting violence in China. While this policy may not bear immediate dividends, it will build bridges. The Chinese are the only ones who can rein in the Pakistani state, ie the army. Driving a wedge of mistrust between the Pakistanis and the Chinese is in our interest.

Five, since Pakistan has chosen to target India through deniable support to insurgency in Kashmir, and will possibly do so next in Punjab, we cannot but adopt a policy to gradually dismember Pakistan. The PM made some noises about Balochistan in 2016, but we have seen no action after that. We need to support the freedom movements in Balochistan, Khyber Pakhtunkhwa and Sind in whatever way we can. This cannot be a stop-go affair, till we are absolutely clear that Pakistani support for Kashmiri and Khalistani separatism is well and truly over.

Six, we must raise a guerrilla force to fight Pakistani and local jihadis in Kashmir. The main army is trying to do this job, but ultimately only a covert force can deal with insurgency, as has been the case with the Maoist insurgency. You don’t use an army to fight guerrillas over the long term. You send a thief to catch a thief, a guerrilla to fight a guerrilla.

Nothing bothers them more than the realisation that India cares two hoots for Pakistan.