Why We Should Revisit The Black Book Of Communism Now 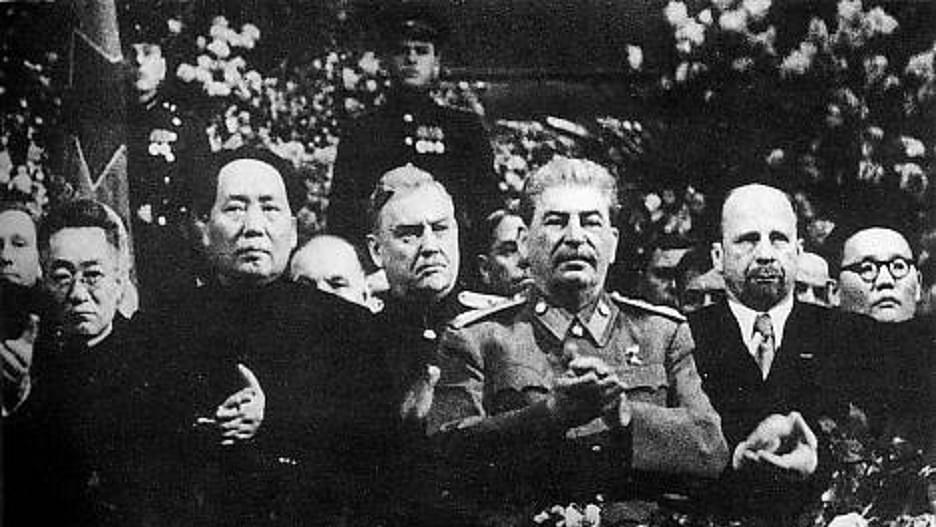 François Furet, (1927-1997) was one of the most prominent French historians and a foremost scholar of French Revolution who in his later part spent lot of time in writing scholarly research about communism and the illusions surrounding it. He himself was a former communist, a member of the French Communist Party like most of his peer intellectuals. He resigned from the Communist Party in 1956 and had famously said ‘It was the most intelligent thing I have ever done.’

In his last book ‘The Passing of an Illusion: The Idea of Communism in the Twentieth Century’ Furet’s states ‘‘All that remains of the(communist) regimes born’’ of the October Revolution ‘is what they sought to destroy.’

Beneath the decades of obituaries on communism, the fascination, romanticisation and re-adaptation of communist doctrines and its sublime or ‘politically correct’ terminology in the form of ‘Socialist-Democracy’ is making a strong comeback whether in the Kanahiyas of the world in India or Bernie Sanders in USA.

The social, cultural and of course political manifestations in India already dominated by the leftist framework is becoming even wider in appeal with the virtual abdication of the centrist position of the Congress party. While the right is finding its voice, it’s still feeble and its intellectualism is in early stages of political evolution.

But what makes the Kanaiyahs of the world romanticize the seemingly non-existent utopian state? Why does the left repeatedly use the ‘Anti-Fascist’ narrative to strike back? Is this an Indian phenomenon or is part of a larger communist narrative with deep trenches across society?

One of the few books that offers answers to such questions is the ‘Black Book of Communism : Crimes, Terror, Repression’ first published in 1997 in France under the title ‘ Le Livre noir du communisme: Crimes, terreur, répression’ and later on published in English in 1999 by Harvard University Press.

Even though communism had its footholds from Asia to Latin America, there is very less scholarly research about the crimes of Communism. There are two primary reasons for this-

i. Communism has been history’s favorite child and this doctrine has mostly never been viewed with a skeptic vigour in India as bulk of the historian fraternity have themselves been strong subscribers of Communism.

ii. Due to secretive nature of the communist regimes most of their crimes were buried with the victims.

In late 1990’s, the Soviet archives was opened and that became a strong source for the book. Also many of its authors were former communists . The Black Book provides an unimaginable but authentic detailed account of barbaric crimes of humanity inflicted by communist regimes from Russia to Poland, from China to Angola, from Latin America to Afghanistan.

Ignazio Silone, the Italian politician had once said ‘Revolutions, like trees, must be judged by their fruit,’ and these fruits are well documented by the Black Book through detailed narratives of terror, torture, artificial famine, mass deportations, and massacres inflicted by communist regimes.

II.20 million in the Soviet Union

In addition there were more than ten thousand deaths ‘resulting from actions of the international Communist movement and Communist parties not in power.’

i. The Russian famine of 1921, which caused the death of five million people

ii. The murder of hundreds of thousands of rebellious workers and peasants from 1918 to 1922

iii. The deaths of 4 million Ukrainians (Holodomor) and 2 million others during the famine of 1932 and 1933

‘While names of Himmler and Eichmann are recognized around the world as bywords for twentieth century barbarism, the names of Dzerzhinsky, Yogoda and Ezhov languish in obscurity. As for Lenin, Mao, Ho Chi Minh and Stalin they have always enjoyed surprising reentrance. A French government agency the National Lottery was crazy enough to use Stalin and Mao in of the advertising campaigns. Would anyone even dare to come up the idea of featuring Hitler or Goebbs in commercials?’

‘The fascination with the whole notion of revolution itself. In today’s world, breast-beating over the idea of ‘revolution,’ as dreamed about in the nineteenth and twentieth centuries, is far from over. The icons of revolution -- the red flag, the International, and the raised fist -- re-emerge with each social movement and on a grand scale. Che Guevara is back in fashion. Openly revolutionary groups are active and enjoy every legal right to state their views, hurling abuse on even the mildest criticisms of crimes committed by their predecessors and only too eager to spout the eternal verities regarding the ‘achievements’ of Lenin, Trotsky, or Mao. This revolutionary fervour is not embraced solely by revolutionaries. Many contributors to this book themselves used to believe in Communist propaganda.’

‘The participation of the Soviet Union in the victory over Nazism, which allowed the Communists to use fervent patriotism as a mask to conceal their latest plans to take power into their own hands. .. And they (communists) ‘played the martyr’ in order to sanctify the communist cause and to silence all criticisms of it… For communism, antifascism became a brilliant effective label that could be used to silence one’s opponent quickly.’

The perils of this doctrine has to be told and constantly told as modern day essential readings in textbooks, not just as oblique references here and there .

And for those who masquerade Socialism as a softer version of communism, the libertarian philosopher Ayn Rand had said ‘There is no difference between communism and socialism, except in the means of achieving the same ultimate end: communism proposes to enslave men by force, socialism by vote. It is merely the difference between murder and suicide.’