Hindu Woman Beheaded For Turning Down Stalker In UP; Accused Was Already In Relationship With Her Mother 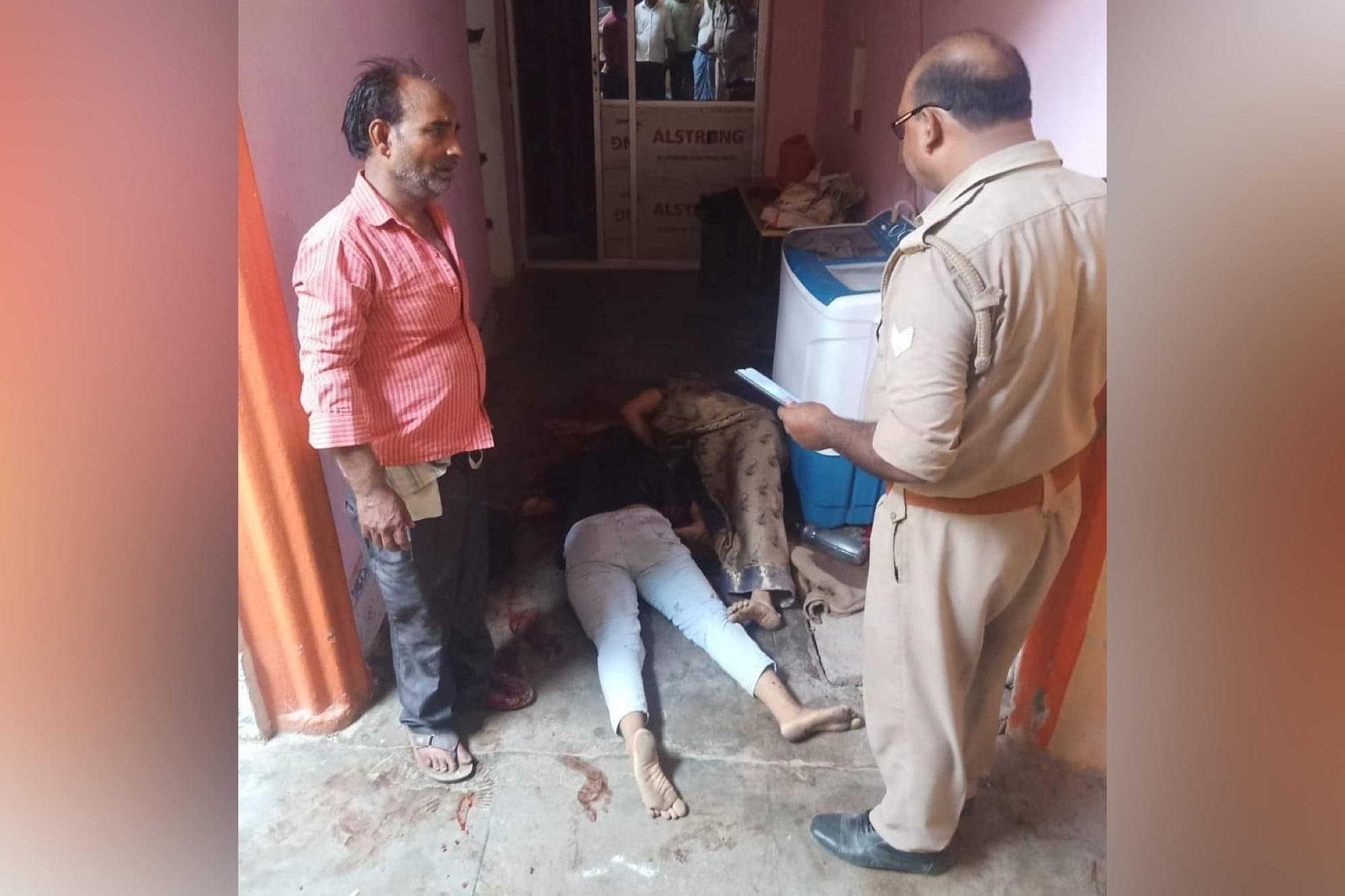 A three-year-old child came out of her house in tears. When neighbours asked her what the matter was, she could not reply and began to sob louder. Some locals went inside the house to inquire with the elders. To their utter shock, they found bodies of the child’s aunt (bua) and grandmother lying on the floor in a pool of blood.

As word spread, police arrived on the spot, and so did Ramsukh Maurya, husband of the elder woman who was killed.

The incident took place on 28 June in Lambhua town of Sultanpur district in Uttar Pradesh. The diseased are Shakuntala, 50, and her daughter Vijay Lakshmi, 22.

The police have identified the killers as Mohammed Irfan alias Sonu and his accomplices Mohammed Shadan and Mohammed Shahbaz. As per police, Irfan has confessed that he killed the younger woman as she had turned down his advances, and killed her mother as she had witnessed the murder.

Irfan, who is 26 as per his Aadhaar card, also confessed that he was in a romantic relationship with the mother. Police say the murders were carried out in a brutal manner by slitting of the throats.

A first information report (FIR) regarding the murders was filed at Lambhua police station on the same day (FIR number 223/2022), under IPC sections 302 (murder), 120B (criminal conspiracy), 201 (causing disappearance of evidence) and 452 (house-trespass).

After the murder, when the media gathered at the spot and asked Ramsukh if he suspected anybody, he said he did not. Sultanpur Superitendent of Police Somen Verma, who had joined the post only a day earlier, told the media that preliminary investigation did not show signs of a house break-in or robbery.

Irfan’s confession as recorded in the second FIR, which was filed on the statement of a policeman, says that he was in a relationship with Shakuntala and went to her house often.

The statement further says that Shakuntala’s husband Ramsukh, and their three children - Anand, Anil and Vijay Lakshmi – were aware of this relationship. However, they had failed in preventing Shakuntala from pursuing the extra-marital affair. Vijay Lakshmi opposed the relationship most vehemently.

Irfan took a liking to the young Vijay Lakshmi. He developed the desire to form a relationship with her too. However, she turned him down strongly and repeatedly. “I wanted to have her at any cost but she was not succumbing to me at all,” Irfan’s confession says (translated from Hindi).

A spurned Irfan hatched a plan to murder Vijay Lakshmi. He involved his brother Shadaan alias Nadaan and a local resident, Shahbaz, in the conspiracy.

He bought a sharp knife and an iron road from the local market. At the opportune time around 4 pm on 28 June, when Ramsukh was at his vegetable shop and Anil at his beauty salon, the three men entered the house. The only person at home besides Vijay Lakshmi and Shakuntala was Anil’s three-year-old daughter.

Shahbaz stood guard at the door while the other two executed the murder of Vijay Lakshmi. When Shakuntala came rushing to the spot after hearing her cries, the two “cut her” to death. Before the three rushed out of the house, Irfan took away the mobile phones used by the women and later broke them and destroyed the SIM cards.

The men were arrested by the police on 2 July.

Irfan, son of Iftikhar Ahmed, hails from Hanswar town of Ambedkar Nagar district, which is around a two-hour road journey from Lambhua. Shadaan is his brother.

In Lambhua, Irfan was employed at Mishra tent house that is owned by Rajesh Mishra.

Local media later reported that the child survived the attack as she was sleeping, and woke up only after the two had left.

A communal pattern of such crimes

The heinous case is only an addition to a long list of similar cases where Muslim men have targeted Hindu women for relationships and killed them for turning them down. Similar cases of the reverse nature, that is Hindu men targeting Muslim women, rarely come to light, suggesting a highly skewed communal pattern of such gender crimes.

This pattern is visible prominently in neighbouring Islamic countries namely Pakistan and Bangladesh, where reports of minority Hindu and Christian women targeted for sexual crimes and conversions are routine.

Readers may read some cases reported by Swarajya of such murders and attacks, here: