‘My Lover Turned Out To Be Father Of Two Kids, Lied About His Name And Religion’. Hindu Woman Files Police Case In Kota 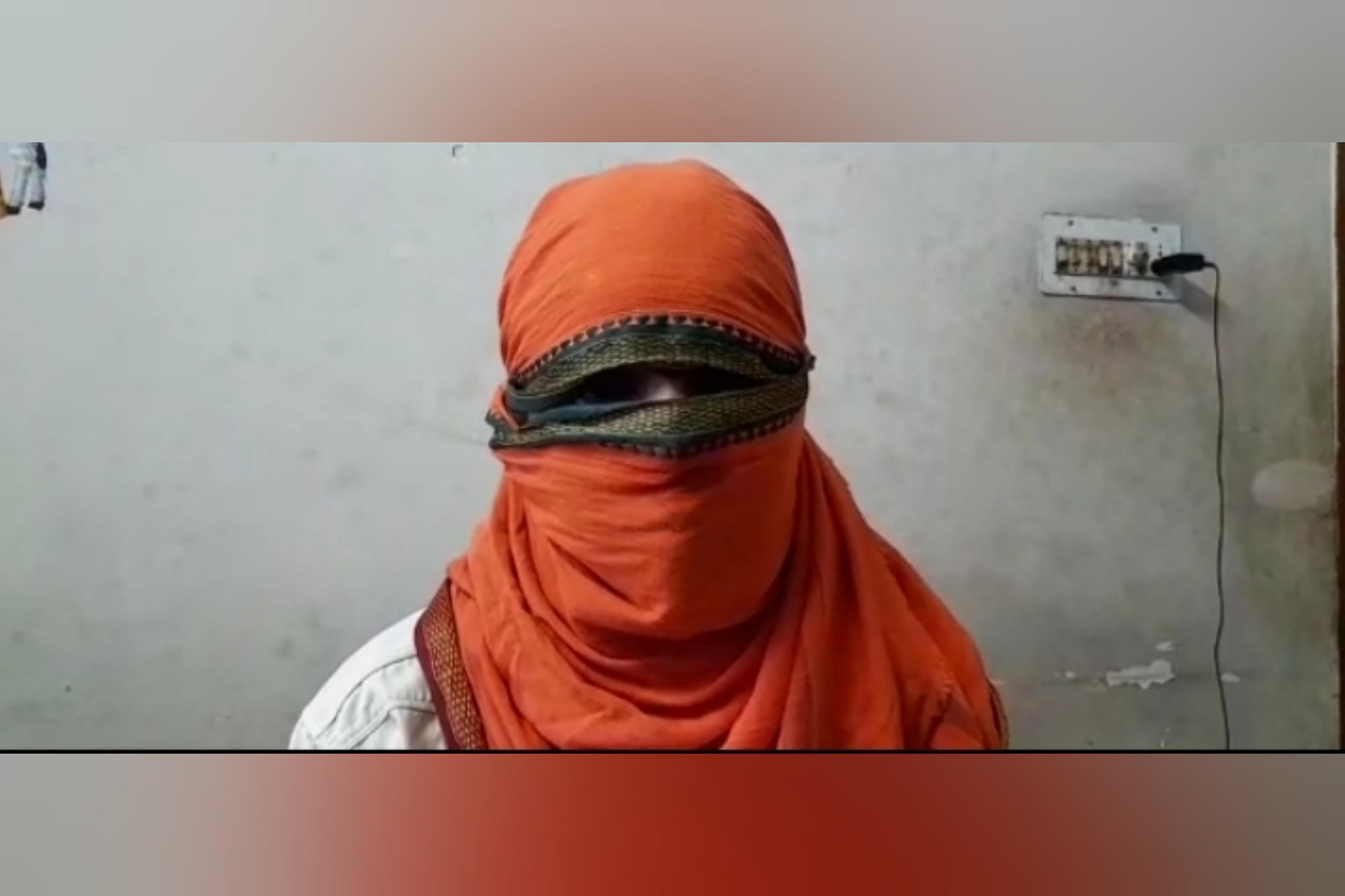 A Hindu woman living in Kota district of Rajasthan has filed a complaint against a Muslim man of lying about his religion and marital status to trap her in a relationship, and blackmailing her through sexual videos he recorded of them.

The case is yet another addition to many similar cases reported from across India where Muslim men have raped, and sexually exploited or cheated Hindu, Christian, Sikh and Jain women by forming a relationship with them after faking their religious identity.

The pattern around these cases was given the name ‘love jihad’ more than a decade ago by Christian groups in Kerala and subsequently by the Kerala high court.

At long last, the Uttar Pradesh government, after acknowledging the pattern highlighted by rights groups, brought out a law against unlawful conversions in November 2020.

The first conviction under this law came this month, where a man named Mohammed Afzal was sentenced to five years of jail for trapping a minor Hindu girl in a love relationship and making her elope with him by faking his identity as a Hindu named Armaan Kohli.

Following Uttar Pradesh, several states have either enacted or tabled a similar bill in the parliament.

The details of the Kota case are as follows:

In her complaint, Sarita (name changed) said that she had been living in Kota for the past 10 years. Earlier, her siblings used to live with her but now she lived alone and worked for a private company.

At the beginning of year 2017, when she was in her village Sultanpur, Uttar Pradesh, her mobile phone stopped working. In order to get it repaired, she gave it to a local repair shop run by Bunty. He kept her phone and gave her a spare one for use.

A few days later, he called her and said that the mobile phone had been repaired. Sarita said that she was no longer in Sultanpur and had come to Kota.

Bunty said that he could come to Kota to give her phone as he was headed there anyway for some work. She shared her address with him. Bunty came, gave her the phone and left.

However, he began calling her on her number. He told her that like Sarita, he too belonged to a scheduled caste - Meena. The two entered into a relationship. He began visiting her in Kota. Sarita expressed her wish to marry him.

On 14 February 2017, he came to her room. He brought some noodles with him. There was something in the noodles as after eating them, Sarita became unconscious.

When she opened her eyes, her clothes were removed. She was lying on the bed with Bunty. When she confronted him, he said he would marry her.

The next time he visited her at her room, he said she must allow him to do anything with her. He had recorded their videos, and started using them for blackmailing and raping her on a regular basis.

He began threatening her that he would leak her nude pictures and videos online, and her family’s reputation will be ruined. Sarita remained tight-lipped about the whole thing and did everything that Bunty asked her to do.

One day when Bunty had come to her room, Sarita happened to see his wallet lying on the  table. She found two identical identity cards with different names on them.

One showed him as Bunty while the other showed him as Ali Hussain. When she questioned him about those, he started assaulting her.

It was during this heated conversation that he revealed that he was Muslim. He also revealed that he already had a wife, Shehnaz Parveen, and two children. He said his family used to live in Sultanpur earlier but now lives in Vigyan Nagar, Kota.

Sarita confronted him saying he had raped her on the pretext of marriage.

After this episode, Hussain’s family members called up Sarita to say that they knew everything and if she dared to go to the police or complain about Bunty, they would kill her, the complaint by Sarita concludes.

As there is no anti-conversion law in force in Rajasthan on the lines of Uttar Pradesh, the accused will be tried only for rape.

Swarajya called the chowki in-charge, Ajeet Gothwal, at the Mahaveer Nagar police station on 19 September. He said that the accused was arrested from Kota on 10 September, and the complainant’s statement was recorded in front of the magistrate under section 164 of the CrPC the next day.

He said that in the investigations, it came to light that some people had barged into the house of Sarita to threaten her. They had been restricted under section 107/151 of the CrPC.

What the woman told Swarajya

Swarajya talked to the woman over the phone on 19 September. She said that her family hails from Sultanpur, and she came to Kota while she was still in school.

Her father is a labourer. In Kota, she used to live with her siblings - a brother and a sister – before moving out once she started earning. Two years ago, she joined a coaching centre in Kota as a receptionist.

She said that though she entered into in a relationship with Hussain in 2017, it was only in 2019 that she discovered his real name and identity.

She repeated her statement in the FIR that on 14 February 2017, she was intoxicated and raped, and she was unaware of her pictures and videos until much later.

She said that after coronavirus-related lockdown in 2020, she went to Sultanpur, but returned to Kota when coaching centres opened in 2021. He began visiting her again.

“This time it was different. I did not like him anymore. But he blackmailed and threatened me into submission,” she told Swarajya.

“His threats used to be like - ‘I will chop your head off and will peel your skin’,” she added.

Sarita further said that on 31 August 2022, he came to her room again and forcefully made sexual relations with her. “That night I decided to file a police complaint against him,” she said.

The local police station, however, did not accept her complaint. It was only after she reached the office of superitendent of police that her complaint was accepted, she said.

Sarita is worried. She says she fears for her life, as well as the safety of her family, as Hussain’s family is threatening them in Sultanpur of dire consequences if she does not withdraw her complaint.

She says they have also approached her for settling the matter out of court – an offer she has repeatedly declined.

“I have been repeatedly raped. I was treated like an animal. He played with my emotions. I will not remain silent,” she says.

Sarita says that when she looks back at her relationship, she realises that she was like an animal with no voice. “It was never about my likings, my choices. It was all about him and his absurd demands,” she says.

When asked to elaborate, she didn’t. “It was a lot. I cannot share that with the media. Those demands were unnatural. He would also beat me a lot,” she says.

Asked if Hussain ever told her to be his second wife or convert to Islam, Sarita says that he never made such an offer. “He only used me for his sexual needs though after he was outed as Muslim, he would constantly talk about the greatness of Islam and how everyone should follow it,” she says.

She says that on 12 September 2022, around 10 in the night, one Shamshuddin and his group of four men, barged into her house and threatened her to take the complaint back.

“Earlier, the sarpanch of Sultanpur, Mangilal called me and pressured me to change my statement recorded under 164 CrPC,” she says, and clarifies that Mangilal is Muslim, like Hussain.

Earlier this month, Sarita managed to get in touch with some volunteers of the Hindu group Bajrang Dal.

Yogesh Renewal, an activist, told Swarajya that he and his team will make sure Sarita gets justice. “We will stage a dharna if needed. We also demand the state government enforces anti-conversion law in Rajasthan,” he said.

Swarajya has reported scores of cases of this pattern, eerily similar to the Kota case. Here is a limited list: