‘Sufiyan Killed Our Daughter Nidhi For Refusing Conversion-Nikah’. Case Filed In Lucknow For Murder And Forced Conversion After Woman’s Death 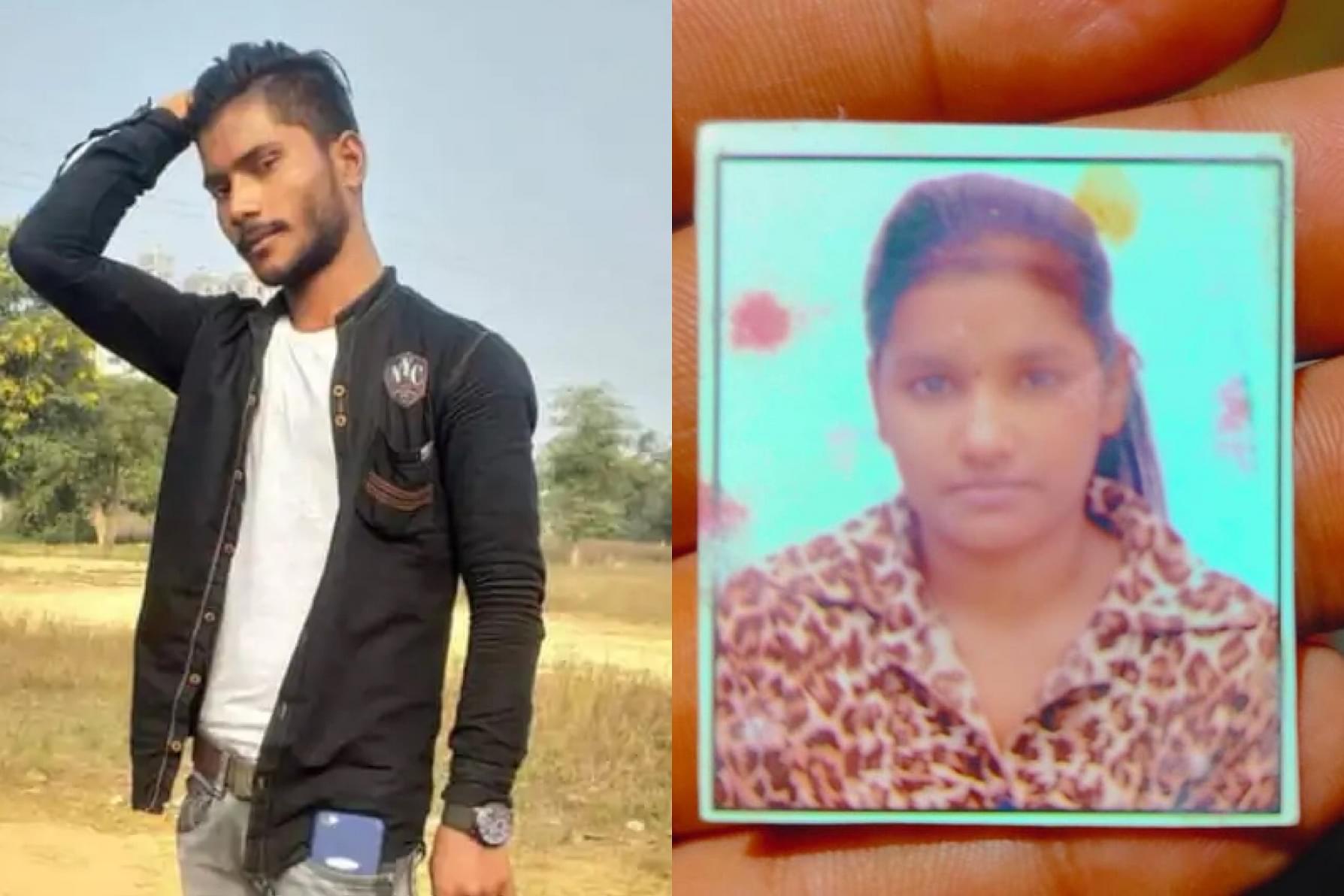 On the left is Sufian, on the right is Nidhi

Two days after a horrific crime came to light in New Delhi where a Muslim man killed and chopped into pieces his Hindu live-in partner, a similar crime has been reported from Lucknow.

A man named Mohammed Sufiyan allegedly threw a woman named Nidhi Gupta off the fourth floor of a building for not accepting conversion-nikah with him.

The Lucknow incident took place on the evening of 15 November in Dubagga area.

In the First Information Report (number 231/2022) filed in the death, the statement by Nidhi’s mother Lakshmi Gupta says that a neighbour named Sufiyan, who is son of Mohammed Raju, used to follow her daughter.

He would put pressure on her to marry him after converting to Islam. When she complained about this to Sufiyan’s parents, he threw Nidhi off the fourth floor of a building. Nidhi, 19, died before she reached the hospital.

Based on the complaint, the Dubagga police booked Sufiyan under IPC section 302 (murder), and sections 3 and 5(1) of the Uttar Pradesh Freedom of Religion Act, 2021.

The Investigating Officer of the case, Sukhvir Singh Bhadoriya, told Swarajya that Sufiyan, along with his entire family, was absconding. He said Nidhi’s body had been sent for post-mortem.

Joint commissioner (law and order) Piyush Mordia told the media that Sufiyan and Nidhi lived in the same colony. He had been pressuring her for friendship for more than a year.

As per statements of the victim’s family given to the local media, Nidhi knew Sufiyan and had accepted a mobile phone as gift from him.

Nidhi’s father Ravi Gupta told Dainik Bhaskar that Sufiyan was “brainwashing” Nidhi, and had gifted her a mobile phone.

“Sufiyan was brainwashing my daughter to convert to Islam. When we complained about him to his family, they refused to listen to us. When the spat escalated, Nidhi went to the terrace. Sufiyan followed her. Shortly later, we heard a scream. When we reached the terrace, Sufiyan pushed us aside and fled. We found our daughter, bleeding, lying on the ground,” the father told the newspaper.

Nidhi’s mother Lakshmi has been quoted as saying that Nidhi had stopped talking to Sufiyan lately.

“He used to threaten to kill my daughter. The matter had reached the police, but they did nothing,” Lakshmi told the newspaper.

The Times of India reported that as per police, Nidhi jumped off from the terrace on her own, but her family was insisting that Sufiyan had pushed her.

The newspaper quoted ADCP, west zone, Chiranjeev Nath, as saying that as per preliminary probe, Nidhi was upset with Sufiyan as he had insulted her family. After a heated argument, she climbed the fourth floor and jumped off, the officer told the newspaper.

In the recent New Delhi case, a man named Aaftab Ameen killed Shraddha Walkar, a month after she left her family in Maharashtra and went to Delhi to live with him.

As per the written complaint given by Shraddha’s father to the Delhi police, he disapproved of her relationship with Aaftab as he was Muslim while she was Hindu.

However, Shraddha rebuked her father, saying she was within her legal right to take decisions of her life. As per police, Aaftab strangled Shraddha on 18 May after an argument.

To dispose of her body, he bought a 30-litre refrigerator, chopped her body into 35 pieces using a meat cleaver and stored the parts in the fridge. He disposed of all the parts in the next 18 days by throwing some pieces in the jungle every night.

These back-to-back incidents have again triggered nationwide outrage against the pattern of crimes where men from the Muslim community trap non-Muslim women in relationships for religious conversion, or target them for sexual assault or exploitation.

Religious groups affiliated to Christian, Sikh, Hindu, Jain, Buddhist and tribal bodies have given this pattern the name of ‘love jihad’, a term coined by Christian organisations more than a decade ago in Kerala.

The government’s National Crime Records Bureau does not recognise this pattern as a category of crimes or maintain data on sexual crimes against women by identifying the religion of victims and perpetrators.

However, social activists and religious groups routinely highlight such cases and often hold protests against it. Several states, including Utar Pradesh and Madhya Pradesh, have enacted laws to penalise forced conversion through marriage.

Swarajya has reported several cases of this pattern. Here is a brief list where such targetting has ended up in the woman’s death:

·       Nepalese Man Living In India Using Fake Aadhaar Card Kills His Second Wife, A Hindu, Who Converted To Marry Him

·       ‘Love Jihad Victim’ Shot Six Times After Her Wedding In Haryana, Continues To Battle For Life After Two Weeks

·       Sher Khan Killed Naina Kaur For Turning Him Down. So Which Family Left The House In Fear?

·       ‘She Would Cry For Hours; Never Told Us Why’. Two Years After Her Murder, Ekta Jaswal’s Family Has No Answers To How Saqib Trapped Her

·       Before Killing Her, Tausif Kidnapped And Confined Nikita In His House So She Would Become ‘Unmarriageable’

·       Another ‘Interfaith Love’ Ends Up In Murder: Shamshad Kills Priya And Her Daughter, Buries Bodies In Own House

·       Interfaith Love: Rachna, Who Eloped With Irfan And Accused Him Of Forcible Conversion, Is Dead

·       Three Years Ago, Uma Eloped With Arif. Today, She Is Fighting For Her Life After Being Burnt By Him