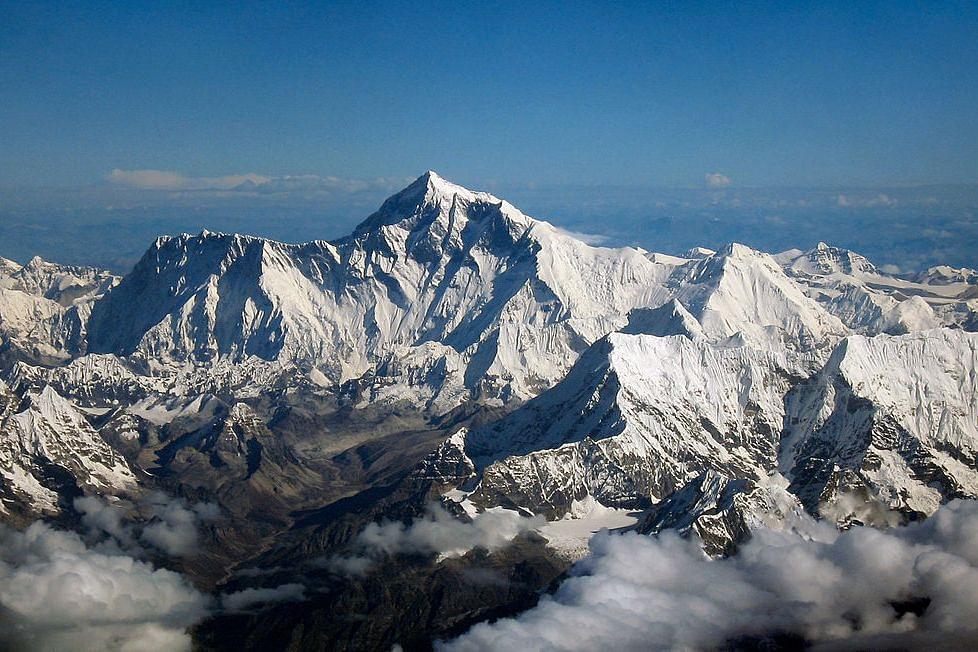 Nepal has completed the Himalayan task of measuring Mount Everest and will formally announce the height of the peak early next year.

But at the eleventh hour, China has pushed the leadership of the Himalayan nation into agreeing to jointly announce the result of the exercise.

China’s bid has upset many in Nepal and has become a subject of angry discussions and a lot of disquiet.

Over the past two years, 80 surveyors from Nepal’s Land Survey department have hiked, driven and flown thousands of kilometers, including summiting the tallest peak of the world, to take complex measurements from 300 different spots across the higher ranges of the country.

The project to measure ‘Sagarmatha’ (as the Everest is called in Nepal) was initiated as one of ‘national pride’.

Nepal had turned down offers of assistance in this project from India and many other countries.

“This exercise is a matter of national pride for us and will showcase our prowess. Sagarmatha is in Nepal and it is only proper that Nepali surveyors measure the height themselves and not in collaboration with foreign surveyors. We are capable of undertaking this complex exercise on our own and will show this to the world,” said Nepal’s chief survey officer Susheel Dangol, who is overseeing the whole exercise.

However, during Chinese President Xi Jinping’s recent visit to Nepal, the Chinese side convinced Nepal Prime Minister K.P. Sharma Oli to jointly announce the height of the peak early next year.

This found prominent mention in the joint statement issued by the two sides at the end of the visit. Oli is known to be pro-China.

Recognizing that Mount Sagarmatha /Zhumulangma is an eternal symbol of the friendship between Nepal and China, the two sides will promote cooperation in different fields, including addressing climate change and protecting the environment. They will jointly announce the height of Mount Sagarmatha/Zhumulangma and conduct scientific researches.

The peak is called Zhumulangma in China and Chomolungma (meaning ‘holy mother’) by Tibetans.

Many in Nepal are bristling at this. “China has bullied us into this. When all the groundwork has been completed and the data is being collated, there is no reason why China should share credit for all the hard work our surveyors have put in,” said a leader of the opposition Nepali Congress who did not want to be named since he is not the official spokesperson of the party.

Officials of the survey department and many others are also resenting what one official aptly said was “the eleventh-hour forceful entry of China to claim credit unjustifiably for the project”.

In the early hours of 22 May this year, surveyor Khem Lal Gautam and Rabin Karki summited Mount Everest with more than 40 kg of equipment (in addition to climbing gear).

Unlike other climbers, who stay at the peak for a couple of minutes at most, Gautam and Karki spent nearly two hours on the peak taking readings from the ground-penetrating radar and state-of-art satellite navigation device.

Gautam lost a toe to frostbite while Karki nearly died after running out of oxygen while descending.

Dangol said 12 observation stations, nine of them in the higher reaches, were set up to take readings periodically over the last two years.

Teams of a total of 80 surveyors covered thousands of kilometers hiking, riding and flying to take readings from various sophisticated instruments.

The government spent 1.3 million US dollars (about 14.72 crore Nepali Rupees) on the exercise.

The exercise was necessitated by reports that Everest had shrunk after the April 2015 earthquake that devastated Nepal.

Also, surveys carried out by different countries in the past have thrown up different measurements, and Nepal wanted to put all disputes over the actual height of the world’s tallest peak to rest by conducting its own survey.

And then, there’s the fact that most of the peak falls within Nepal, but it has never measured it on its own.

It did make an attempt in 2011, but lack of funds and political instability prevailing within the country at that time put paid to those plans.

Thus, the current project is, as Nepalis emphasise, ‘a matter of national pride’.

A Trimble R10 GNSS device gifted by New Zealand, a Canadian-made gravimeter and many other sophisticated instruments, many donated by other countries and international agencies — were used in the survey.

Readings from all these are now being collated. The final result will be announced at a meeting of experts from all over the world to be held in Kathmandu in January next year.

Nepal’s Department of Survey says that precise levelling was conducted to find height from the southern plains of Nepal to the selected control points.

Trigonometric levelling was performed from selected control points (points to which height is carried by precise levelling); gravity survey was conducted to define the local geoid around the Everest; and GNSS-based survey is conducted for determining locations of gravity points, benchmarks as well as the top of Everest.

In 2005, the Chinese Academy of Sciences and China’s State Bureau of Surveying and Mapping conducted measurements and announced the height of Everest as 8,844.43 metres (29,017.16 feet) with an accuracy of (+/-) 0.21 metres (8.3 inches), claiming it to be the most accurate measurement till date.

This was the peak’s rockhead, and not snowcap elevation. China measured the snow-ice depth of the peak as 3.5 metres (11 feet), which makes the net elevation of the peak as 8,848 metres.

Experts say plate tectonics are adding to the height of the Himalayas and the Mahalangur Himalayas (of which Everest is a part) is moving northwards.

The height of Everest was first measured by Radhanath Sikdar, a mathematics teacher at Calcutta’s Hindu College (now Presidency University).

Sikdar, who was proficient in spherical trigonometry, was recruited to the Great Indian Trigonometrical Survey by Sir George Everest, the then Surveyor General of India, in 1831 when Sikdar was only 19.

Everest was succeeded by Sir Andrew Scott Waugh, who tasked Sikdar with measuring the snow-capped mountains around Darjeeling.

In 1852, compiling trigonometrical data from six different locations, Sikdar reported to Waugh that the height of ‘Peak XV’ (as Everest was designated by the British then) was 29,000 feet (8839.2 metres), the highest peak in the world.

Waugh treated Sikdar’s calculations with caution and corroborated it with other data before officially announcing in 1856 that Peak XV’s elevation was 29,002 feet (8839.8 metres).

Waugh added two feet to Sikdar’s calculations in order to avoid the impression that an exact height of 29,000 feet (as calculated by Sikdar) was a rounded estimate.

It was on Waugh’s recommendation that the Royal Geographical Society named the peak after Sir George Everest in 1865, even though Sir George himself was opposed to the idea.