Explaining Donald Trump's Success So Far: The Fringe Has Become The Mainstream 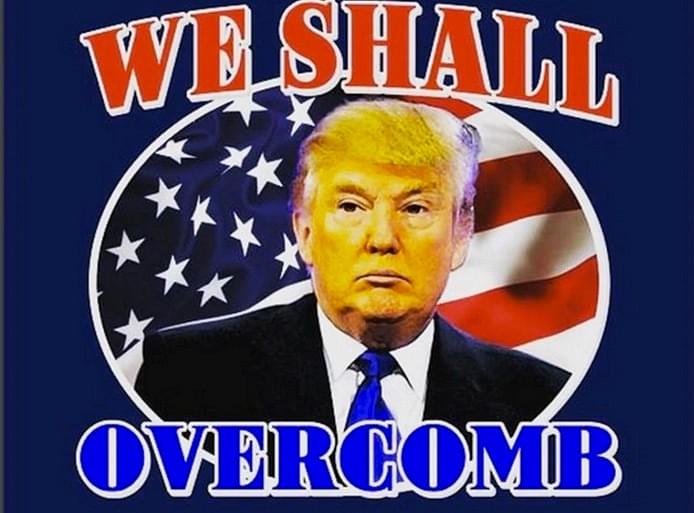 In the US Republican Party of today, the fringe has become the mainstream. Here’s how.

In India, we’ve been hearing a lot about intolerance lately. Tempers are high. The tweets are flying. The price of black ink is rising. Hitler’s name is being dragged in frequently. This is our problem. We’re much too extreme. Why do we have to look that far? Let’s look at what’s happening in America right now.

Because if we want to understand intolerance, all we have to do is look at Donald Trump. You might argue that America and India are totally different, and of course they are. But American democracy is almost four times as old as ours. Once in a while, it’s worth studying them.

Since we are used to Tatas and Birlas, this may not seem so strange to us. But Americans find it funny. He has been campaigning for President for over six months now. His first job is to win the nomination from his party. His rallies are wildly popular. Many Americans are embarrassed and mystified by him. How can a clown like him be doing so well? Senior members of his own party are against him. They preferred Jeb Bush, brother of W. But he has not been able to do much, except add an ‘!’ to his name and become JEB! This has not excited people as much as he had hoped.

What is the secret of the Donald’s success? His supporters find a lot to cheer about. He is a successful businessman. He was the star of his own TV show. He has his own money, which means he will need no donations and owe no favours. He can speak without notes for up to two hours, and he provides non-stop entertainment. But none of this is why he’s ahead. He is winning because of intolerance.

Donald Trump is full of intolerance. There are so many people that he cannot tolerate. You can see it in his videos. It bubbles up inside him.His eyes glare madly. His face turns red. His cheeks bulge. His hair seems to have a life of its own. In India, there has been much debate about the exact meaning of intolerance, but looking at him, you can have no doubt. This is an intolerant man. It’s bursting out of him. Most of our own cases have involved statements made by someone or the other. They object, we object, they object back. We spend a lot of our time studying quotations each morning. The quotations of the Donald are well worth studying. Here are some of the things he has said.

(About a war hero) He’s not a war hero. He’s a war hero because he was captured. I like people that weren’t captured.

(About African Americans) Laziness is a trait in the blacks. Black guys counting my money, I hate that!

(About women) You know, it really doesn’t matter what the media write as long as you’ve got a young, and beautiful piece of ass.

Apart from this, he has said that all Muslim Americans should be registered in a database, and that 11 million illegal Latino immigrants should be rounded up and removed. He would deny citizenship to their children born in America, which is unconstitutional. He has mocked disabled people, and publicly insulted women. He has accused a woman journalist of menstruating.

As a result of all this, The Donald is now the runaway leader for his party’s nomination. He has over twice the support of his nearest rival, and four to five times the support of the establishment favorites. Jeb! has not been heard from since October. What does this mean for the Republican Party? It means that a man who has offended Latinos, African Americans, women, military veterans and the disabled could very soon become their official candidate.

If Hillary Clinton had to hand pick her opponent, this would be the one. Someone who cannot tolerate over 50 percent of the voting public. Many of them register their contempt in unusual ways. They have Photoshopped his face on urinals. They have produced Trump toilet paper and inflatable Trump sex dolls. In various works of art, he has been represented as a pile of shit, a transvestite, Lord Voldemort, and 12 different Disney villains, mostly female. They are extremely good at mocking opponents. In this, as in so much else, America shows the way.

How did the Republican Party end up in such a mess, and why should we care? It’s because the right wing in India and America are not that different. Both are big tents, with many points of view.

In America, fanatic Christians rub shoulders with cigar-chomping capitalists and wild-eyed libertarians. The loony fringe of the Republican Party burns Korans and attacks abortion clinics. In this way they demonstrate extreme intolerance towards those with whom they disagree.

But like our own Yogis and Sadhvis, until now they have been the fringe. Their support is required. Gestures are made to keep them happy. But they do not run things. What has changed now is that a Presidential candidate is speaking like them. He has signaled that they can come out into the light. Along with them, there are others, who were wondering whether it was okay to blame Latinos and African Americans so directly. It seemed slightly rude. Now the bolder ones among them are jumping up and saying, ‘I’m with you, Donald!’

In the US Republican Party of today, the fringe has become the mainstream. They have been galvanized.They feel like finally, their time has come. Because their fine country is going to the dogs, and it’s his fault, and his fault, and his, and yes, him too. There are so many of these Americans, most of them white and angry, rallying for The Donald together. They inspire and encourage one another. They feel like a movement. They feel good. They feel strong. But there’s no escaping the math. They have pushed too many away. The net result is that they will lose the country.

The lesson we learn from watching Donald Trump is simple. Some things are best left in the closet.