Will The US Adapt To The Global Surge Of Populist-Nationalist Forces? 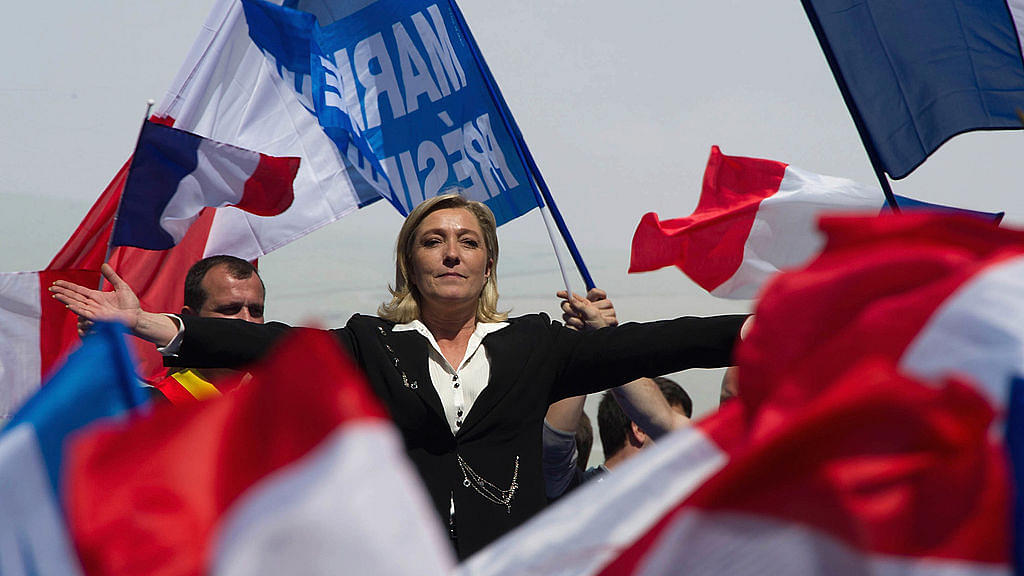 This story was first published on 29 November 2016. Since then, Italy has voted against constitutional reform, leading to Prime Minister Matteo Renzi’s resignation, and German Chancellor Angela Merkel has toughened her stance on welcoming immigrants into the country.

Now that the British have voted to secede from the European Union and America has chosen a president who has never before held public office, the French appear to be following suit.

In Sunday’s runoff to choose a candidate to face Marine Le Pen of the National Front in next spring’s presidential election, the centre-right Republicans chose Francois Fillon in a landslide.

While Fillon sees Margaret Thatcher as a role model in fiscal policy, he is a socially conservative Catholic who supports family values and wants to confront Islamist extremism, control immigration, restore France’s historic identity and end sanctions on Russia.

“Russia poses no threat to the West,” says Fillon. But if not, the question arises, why NATO? Why are US troops in Europe?

As Le Pen is favoured to win the first round of the presidential election and Fillon the second in May, closer Paris-Putin ties seem certain. Europeans themselves are pulling Russia back into Europe, and separating from the Americans.

Next Sunday, Italy holds a referendum on constitutional reforms backed by Prime Minister Matteo Renzi. If the referendum, trailing in the polls, fails, says Renzi, he will resign.

Opposing Renzi is the secessionist Northern League, the Five Star Movement of former comedian Beppe Grillo, and the Forza Italia of former Prime Minister Silvio Berlusconi, a pal of Putin’s.

“Up to eight of Italy’s troubled banks risk failure” if Renzi’s government falls, says the Financial Times. One week from today, the front pages of the Western press could be splashing the newest crisis of the EU.

In Holland, the Party for Freedom of Geert Wilders, on trial for hate speech for urging fewer Moroccan immigrants, is running first or close to it in polls for the national election next March.

Meanwhile, the door to the EU appears to be closing for Muslim Turkey, as the European Parliament voted to end accession talks with Ankara and its autocratic president, Recep Tayyip Erdogan.

In welcoming Muslim immigrants, Germany’s Angela Merkel no longer speaks for Europe, even as she is about to lose her greatest ally, Barack Obama.

Not only Europe but the whole world President-elect Trump is about to inherit seems in turmoil, with old regimes and parties losing their hold, and nationalist, populist and rightist forces rising.

Early this year, Brazil’s senate voted to remove leftist President Dilma Rousseff. In September, her predecessor, popular ex-President Lula da Silva, was indicted in a corruption investigation. President Michel Temer, who, as vice president, succeeded Rousseff, is now under investigation for corruption. There is talk of impeaching him.

Venezuela, endowed with more oil than almost any country on earth, is now, thanks to the Castroism of Hugo Chavez and successor Nicolas Maduro, close to collapse and anarchy.

NATO’s Turkey and our Arab ally, Egypt, both ruled by repressive regimes, are less responsive to US leadership.

Meanwhile, North Korea, under Kim Jong Un, continues to test nuclear warheads and missiles that can hit all of South Korea and Japan and reach all US bases in East Asia and the Western Pacific.

The US is obligated by treaty to defend South Korea, where we still have 28,500 troops, and Japan, as well as the Philippines, where new populist President Rodrigo Duterte, cursing the West, is pivoting toward Beijing. Malaysia and Australia are also moving closer to China as they become ever more dependent on the China trade.

Responding to our moving NATO troops into Estonia, Latvia, Lithuania and Poland, Putin has begun a buildup of nuclear-capable offensive and defensive missiles in Kaliningrad, its enclave between Poland and Lithuania.

Should we get into a confrontation with the Russians in the Eastern Baltic, how many of our NATO allies, some now openly pro-Putin, would stand beside us?

The point: not only is the Cold War over, the post-Cold War is over. We are living in a changed and changing world. Regimes are falling. Old parties are dying, new parties rising. Old allegiances are fraying, and old allies drifting away.

Yet US policy seems set in concrete by war guarantees and treaty commitments dating back to the time of Truman and Stalin and Ike and John Foster Dulles.

America emerged from the Cold War, a quarter century ago, as the sole superpower. Yet it seems clear that we are not today so dominant a nation as we were in 1989 and 1991.

We have great rivals and adversaries. We are deeper in debt. We are more divided. We’ve fought wars in Afghanistan, Iraq, Syria, Libya and Yemen that availed us nothing. What we had, we kicked away.

America is at a plastic moment in history.

And America needs nothing so much as reflective thought about a quarter-century of failures — and fresh thinking about her future.

Patrick J Buchanan is the author of 'The Greatest Comeback: How Richard Nixon Rose From Defeat TO Create The New Majority'.
Get Swarajya in your inbox everyday. Subscribe here.
Tags: