The Best Of Swarajya From 2019 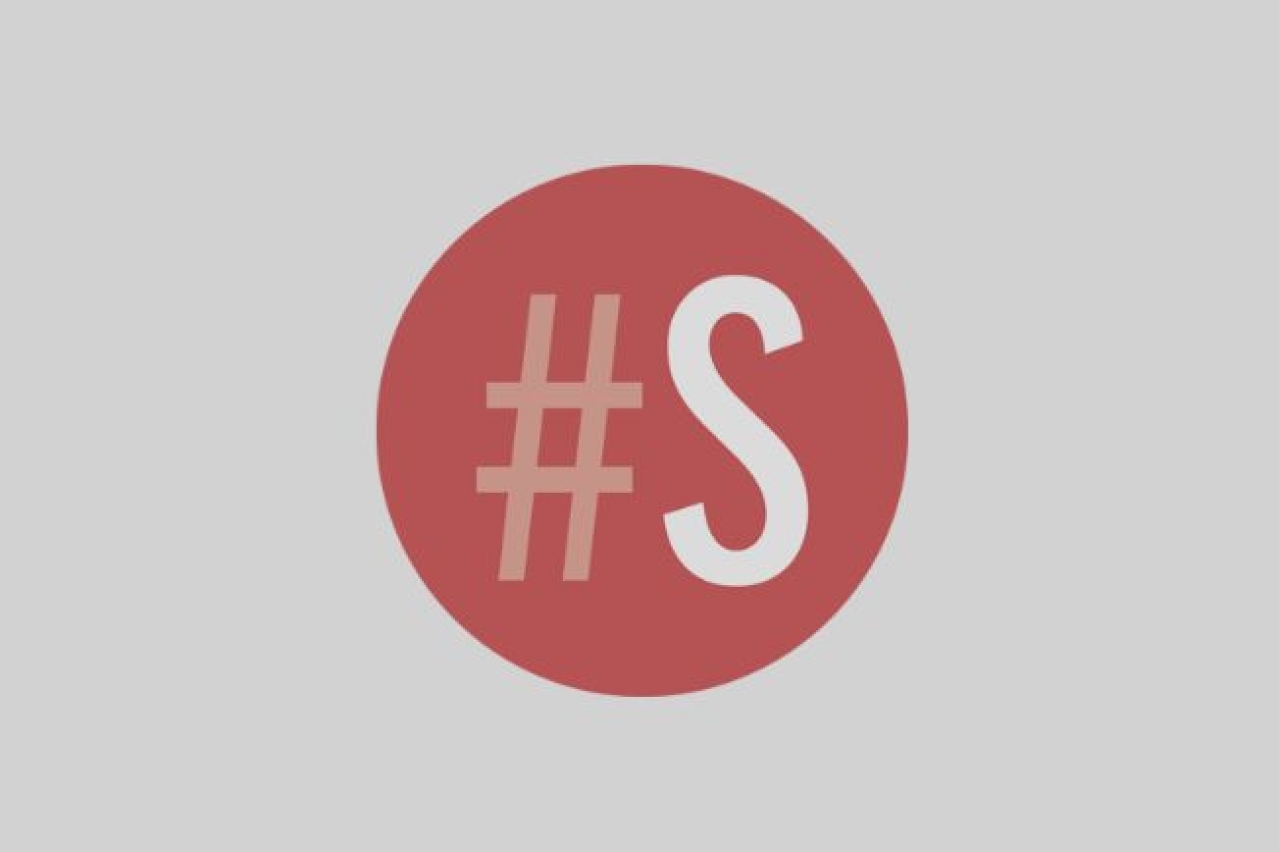 2019 will go down in history as one of the most significant years in independent India’s history.

The year didn’t start out well. Forty-four soldiers were ambushed and killed in broad daylight in Pulwama by a Jihadi suicide bomber aided by Pakistan. India retaliated by launching air strikes on terror launch pads in Pakistan Occupied Kashmir and neutralised an unknown number of terrorists.

In May, a sitting Prime Minister who administered the country with a clear majority of his party in the Lok Sabha for a full term returned to power with an even bigger majority, a feat achieved only by Jawaharlal Nehru, India’s first prime minister.

In August, in a historic decision, the Modi government revoked Article 370 and not only extended the writ of Indian constitution to the erstwhile state of Jammu and Kashmir but converted it into a Union Territory (UT) and gave independent UT status to Ladakh, fulfilling a demand that the region had been making for decades.

In November, the Supreme Court delivered its unanimous verdict in Ram Janmabhumi land dispute case giving the contested land to Hindus while awarding an alternative land to Muslims in Ayodhya.

As the year drew to an end, in a grand humanitarian gesture, the government decided to pave a fast track path to citizenship for persecuted religious minorities from neighbouring Islamic states of Pakistan, Afghanistan and Bangladesh who were already living in India and had come here before December 2014.

Throughout the year, Swarajya has been bringing you the best ground reports, commentaries, opinions and perspectives on a plethora of issues which have been able to debunk flawed premises and have been able to set an independent narrative. These articles are ones which people have come back to again and again, and which have truly had an impact on the way certain issues were discussed, deliberated and debated.

Here, we present to you 12 of our articles spanning across politics, policy and culture, which you should read again.

1. Mission 2020+: Why Hinduism Must Become A Missionary Faith Once More

Penned on the last day of the year, our editorial director R Jagannathan here makes the case for Hinduism to become a proselytising faith if it has to stay strong and relevant. According to him, the only way to overcome the decline in the number of Hindus is by developing a commitment to grow through conversion.

“A religion that does not define what it offers to potential converts will shrink and ultimately fail,” he writes in this piece.

In the run-up to the general elections, we compiled ‘The Right Manifesto’. As a part of this, Swarajya’s senior editor Arihant Pawariya wrote on how an ideal Hindu state may look like and presented his vision in the form of Hindutva manifesto.

He argued that Bharat, the Indian subcontinent, is the historical, cultural and natural homeland of Hindus, the followers of Sanatana Dharma, who, thus, logically, are first among equals in the citizenry of the country and they have the foremost right to decide the nature of the state that best secure their way of life.

“In fact, it should be the duty of the State to protect, preserve and promote the historical, cultural and religious heritage of people belonging to faiths indigenous to this land,” he wrote.

Many laws are passed every year. While there is a lot of advocacy for new laws, quality analysis on the effectiveness of laws already in force is few and far between. Anti-cow slaughter laws were one of the flagship legislation passed by some BJP ruled states in the past five years. They were labeled tough, stringent and even draconian They are anything but that.

Our senior correspondent Swati Goel Sharma analysed Haryana’s so-called tough anti-slaughter act and found it to be totally useless. It has resulted in zero convictions. You read it right. Zero. Do read this data laced piece why this is the case.


4. 303 Is Not An Emphatic Answer, It Is A Profound Question

The BJP returned to power for another five years by winning 303 seats in the general elections in May. Suhas Ambale tried to decode what this historic mandate meant.

5. Think The Indian Growth Story Is Skewed In Favour Of The Rich? You May Be Wrong

The state of India’s economy remained a hot topic this year, especially in the last two quarters. While growth is expected to recover from the lows of the second quarter of FY 2019-20, one question that will persist, even if we reach the 7 per cent level, is if this growth is inclusive.

Using the data he compiled exhaustively from many sources, Karan Bhasin tried to answer this question. “The fact that a lower-middle class household can gradually move up to middle class and beyond to upper middle-class seems to be true in the context of India. This reveals the strength of India’s growth story,” he argued.

Can good economics be good politics? For decades, this question has puzzled analysts who tread the world of politics and economics. Why don’t politicians take economists or their advice seriously? After all, they seem to have all the solutions to the economic woes of the country which can transform the lives of millions of people. Banuchandar Natarajan tells us why.

“Practicing social scientists, aka politicians, look at the society from a higher level than economists do. They understand psychology much better than economists and have an instinct for what clicks with the people. Economics is just one aspect of their world-view,” he explains.

Liberal arts universities remained in the news this year too but again for the wrong reasons. Jawaharlal Nehru University (JNU) topped in creating a ruckus out of a non-issue of so-called fee hike. Students are still on strike. It’s been more than two months.

Anurag Singh tried to analyse what the JNU graduates are good for. Are they benefitting India for all the noise they make? Singh went through courses taught at the university, number of students enrolled, their fees, etc and concluded that the government of India spends a princely Rs 6.95 lakh per JNU student annually. In exchange, the university has no cutting-edge research or patents to show for.

8. Why You Could Not Predict Savarkar’s Ideas

In a way, 2019 witnessed the reincarnation of Vinayak Damodar Savarkar as historians for the first time showed interest in this much-maligned brave revolutionary and ideologue. Two biographies of Savarkar hit the market last year and both succeeded in presenting a balanced view of the man rather than subjecting him to outright demonisation or exalting adulation.

We at Swarajya also brought out a special issue on Savarkar and for this, our former editor, Poulasta Chakraborty, tried to present an overview of Savarkar, the thinker. “One of the hallmarks of an original thinker is that his ideas can neither be predicted nor boxed into neat compartments. By that criterion, Savarkar was arguably the most original thinker from India in the last century,” he wrote.

9. ‘Hum Dekhenge’ To ‘Chalo Dekhein’: Let Us See If Faiz Was A Marxist Or Islamist

Pakistani poet Faiz Ahmed Faiz became a hot topic of discussion in India after some protestors in IIT Kanpur recited his famous poem ‘Hum Dekhenge’. The debate ensued over controversial lines such as “sirf naam rahega Allah ka’, ‘sab but uthwaye jaayenge’ which many called as an attack on polytheist faiths like Hinduism where idols are revered and prayed as Gods. Others contended that Faiz was not an Islamist but a Marxist and he couldn’t have been advocating for Islamist iconoclasm.

Vikas Saraswat tried to deconstruct Faiz’s poems and whether he was as Islamist or a Marxist. “The figure of speech which Faiz uses is deeply disturbing; not just from a non-believer's point of view but humanity per se. It shows where the non-believer stands in a celebrated liberal Muslim's moral world,” he writes.

Can a single-celled organism make decisions and learn from its environment? Can it have a mind of its own? More than a century ago, a biologist, Herbert Spencer Jennings, observed so. However, his observations were later ignored as they were supposedly not replicated.

Decades later, three system biologists, two from Harvard and one from India, decided to do Skunkworks testing of the discarded paper and show that a single-celled organism does seem to have an inner capacity that is quite remarkable. After a century, Jennings stands validated and how! Our contributing editor Aravindan Neelakandan explains in this piece.

11. Kashi Corridor: Why Destruction Is Key To Creation In The City Of Vishwanath

The Kashi Corridor is a beautification project that seeks to decongest the space between the banks of river Ganga and the Kashi Vishwanath temple, and create a large complex of facilities for pilgrims and visitors in the area. Aimed at ensuring easy access from the river to the temple, this project plans to create a temple complex by reclaiming the space around the Vishwanath temple and redesigning it.

Swarajya’s editor for Heritage Harsha Bhat went to Varanasi and brought this ground report on how the project is progressing.

We had a special issue on Tamil Nadu in 2019 where we looked at the state’s ideologies, broken politics, fake narratives and dangerous cults. Swarajya‘s executive editor hit the ground to understand why Tamil Nadu reels from so much misinformation.

“The heady obfuscation concocted by Tamil Nadu’s mainstream media and opposition is thriving in its hatred for Narendra Modi, but neither the BJP nor the AIADMK has done anything to counter it,” he writes.

13. People Happy, Soldiers Confident: How Bogibeel Setu Is Ticking Many Boxes At Once

We continued to bring to our readers stories of change from the North-East of India. Our contributing editor Jaideep Mazumdar reported how the Bogibeel Bridge, which was inaugurated by Prime Minister Narendra Modi on 25 December 2018, is changing thousands of lives for the better.

“Apart from enabling easy and fast access to Upper Assam for lakhs of people living in eastern Arunachal Pradesh, this bridge also acts as a crucial force multiplier for the Indian military. And in more ways than one, this bridge — India’s longest railroad bridge — has melded many divides,” he wrote.

The Modi phenomenon at the macro level is accompanied by another one at the ground level: the increased and impassioned participation of women in Indian democracy and political discourse. The notions of patriarchy and gender that work for Modi’s critics and haters are unlikely to work for women who support him, and it has shown in his reelection in 2019.

Last but not the least. With 2019, we have completed two decades of the 21st century. Our contributing author Aashish Chandorkar reflected on crucial events in this short span which have greatly influence the trajectory of our country.

Do read his list of 21 events from the twenty-first century that have shaped and influenced India the most, according to him.