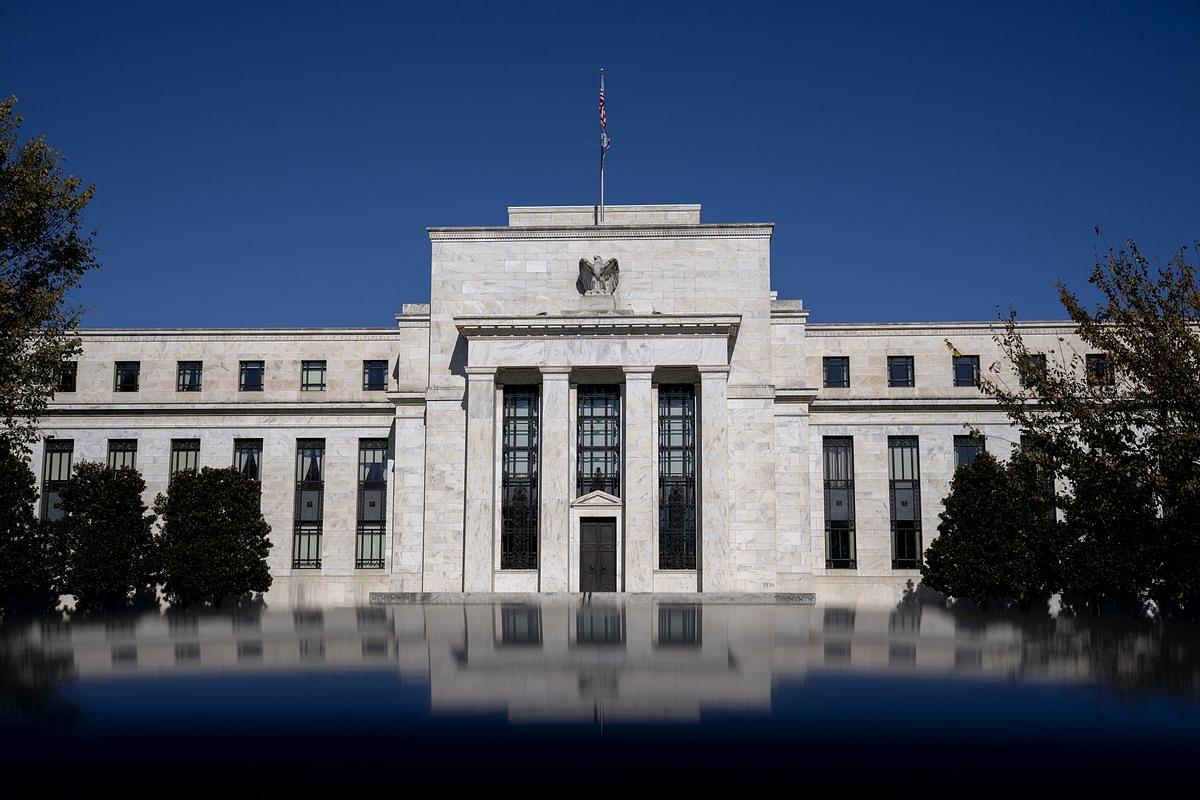 In a bid to tackle the inflation that has been adversely affecting the US economy, the Federal Reserve on Wednesday (21 September) raised interest rates by 0.75 per cent for a third straight time and signalled more large rate hikes to come - an aggressive pace that will heighten the risk of an eventual recession.

The Fed's move boosted its benchmark short-term rate, which affects many consumer and business loans, to a range of 3 per cent to 3.25 per cent, the highest level since early 2008.

With this move, the US central bank aims to bring down inflation running near its highest levels since the early 1980s.

The officials also forecast that they will further raise their benchmark rate to roughly 4.4 per cent by year's end, a full percentage point higher than they had forecast as recently as June.

And they expect to raise the rate further next year, to about 4.6 per cent. That would be the highest level since 2007.

On Wall Street, stock prices fell and bond yields rose in response to the Fed's projection of further steep rate hikes ahead.

Traders have been concerned that the Fed is remaining more hawkish for longer than some had anticipated. Projections from the meeting indicated that the Fed expects to raise rates by at least 1.25 percentage points in its two remaining meetings this year.

The central bank's action Wednesday followed a government report last week that showed high costs spreading more broadly through the economy, with price spikes for rents and other services worsening even though some previous drivers of inflation, such as gas prices, have eased.

By raising borrowing rates, the Fed makes it costlier to take out a mortgage or an auto or business loan. Consumers and businesses then presumably borrow and spend less, cooling the economy and slowing inflation.

Fed officials have said they're seeking a “soft landing,” by which they would manage to slow growth enough to tame inflation but not so much as to trigger a recession.

Yet economists increasingly say they think the Fed's steep rate hikes will lead, over time, to job cuts, rising unemployment and a full-blown recession late this year or early next year.

In their updated economic forecasts, the Fed's policymakers project that economic growth will remain weak for the next few years, with rising unemployment. It expects the jobless rate to reach 4.4 per cent by the end of 2023, up from its current level of 3.7 per cent. Historically, economists say, any time the unemployment rate has risen by a half-point over several months, a recession has always followed.

Fed officials now see the economy expanding just 0.2 per cent this year, sharply lower than its forecast of 1.7 per cent growth just three months ago. And it expects sluggish growth below 2 per cent from 2023 through 2025.

And even with the steep rate hikes the Fed foresees, it still expects core inflation — which excludes the volatile food and gas categories — to be 3.1 per cent at the end of next year, well above its 2 per cent target.

The increases that started in March - and from a point of near-zero - mark the most aggressive Fed tightening since it started using the overnight funds rate as its principal policy tool in 1990.

The only comparison was in 1994, when the Fed hiked a total of 2.25 percentage points; it would begin cutting rates by July of the following year.

Fed Chair Jerome Powell acknowledged in a speech last month that the Fed's moves will “bring some pain” to households and businesses. And he added that the central bank's commitment to bringing inflation back down to its 2 per cent target was “unconditional”.