How About Speaking The Truth About Reservations? 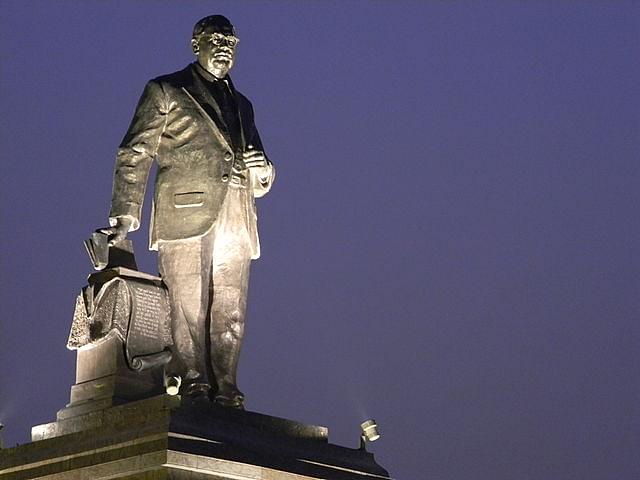 What happens to the future of Indian intellectual scene when most of projects driven by its intelligentsia propagate perverted truths for self-seeking purposes?

“Satyam Vada, Dharmam Chara”, “Satyameva Jayate” are but two of the well-known Sanskrit sayings that are supposed to indicate the values placed upon truth and truth-telling in Indian culture.

It comes as a surprise, therefore, to read three items in the newspaper and a comment on a blog which seem to follow ‘truth’. But in such a way that it becomes perverse. Because all the four issues are important, I would like to briefly talk about each.

Recently, the newspapers announced the decision of the Congress party to increase Dalit, OBC and tribal quota in party posts from 20% to 50%. It is obvious that this is a move resulting from the Patel movement in Gujarat and it is an explicit attempt to get votes. No sane or intelligent person in this world believes that any of the Congress politicians are anywhere interested with the plight of the oppressed. Counterfactually however, let me assume that all Congress politicians have noble intentions. What then, you may ask, is perverse about this news item?

In the mid 1970s, Indira Gandhi came into conflict with the then leadership of the Indian National Congress. She had to find the organisational power to sustain and expand her own split party. She knew too, that she could not do so unless she broke the old leadership. She required a new servile leadership that would be loyal to her as a person and not think of the larger interests of the nation.

The old leadership, whatever its defects, thought in larger terms, if for no other reason but for their involvement in the Indian independence movement. In order to achieve her goal, Indira Gandhi followed a three-fold strategy: a) massively begin inducting criminals into politics b) break the impact that Jagjivan Ram had on Dalits by buying Ambedkarites with money and political power; c) have sycophants sing the praise of her socialism.

Unemployed and unemployable Marxists were readily available to do this job. Overall, she succeeded beyond her own dreams. The criminals were the battering ram that physically broke the back and the support of the old Congress leadership. Marxists were bought by professorships, control of the academic funding agencies and international travel. This three-fold strategy is so successful that 40 years later, today, each of these three groups have fused into one solid block. Ambedkar is revered as a deity, crime is common in politics as the scams testify (which only touches the tip of the iceberg); and the chairmanships of the UGC, ICSSR and professors elsewhere are ample testimonies of the literacy rate of the university intellectuals. One has to only look at the composition of staff in any state or central university to realise the extent to which criminality, incompetence and sycophancy have fused into one indistinguishable block.

This was the strategy of Indira Gandhi to retain power, which she did, until her death. In fact, she paid the price of her own strategies when she had to invade the Sikh temple to punish a group of people led by a person that she and her son had protected and brought to power. The deification of Ambedkar and the terror that Ambedkarites exercise upon those critical of him is now further legitimised by this reservation in the Congress party. The basest strategy of a politician, Indira Gandhi, today has become the truth and fact about India. She laid the foundation stone and massively funded the building of a mansion that houses and feeds hatred between groups, enmity between castes and violence between the Dalits. Her strategy to win personal power is now ‘the truth’ about Indian society. Servile sycophants who suck up-to the politicians and sell this story in the media and class rooms. The past is forgotten. This is the perversity that I am indicating.

The strategy used for breaking the impact of Jagjivan Ram is now seen as the true picture of India about the Dalits and upper castes. If you challenge the truth of this story, you will get physically beaten up, the way they tried to do it with me in Karnataka. (I am sure the mistake will be sooner or later rectified.)

The same day, there was another news item, this time about the MHRD. It is about “India-Centric” proposal to evaluate the Indian universities. If we look at the proposal, the only thing one can call ‘India centric’ about it is the use of two criteria: Inclusion and outreach. It is most humiliating to read these as ‘India’ centric. The Chinese, for example, also developed their own “China-centric” ranking system: the Shanghai Rankings. In a very few years, this ranking system trumped all Western rankings including Times Higher education Ranking. The Chinese succeeded in their ‘China’-centric rankings by becoming dominant in the world. This new ‘India-centric’ ranking will not go beyond the border of sycophants in the Higher education. I wonder what is ‘nationalistic’ about this, if one knows what nationalism is.

The newspaper item gives the impression that ‘inclusion’ is identical with‘affirmative action’. ‘Outreach’, one supposes, means that university should relate to society. Only someone with a profound ignorance of universities can talk like this. Outreach and affirmative action are uniquely American concepts. Caste-based reservation and affirmative action are the opposites of each other: the U.S. constitution explicitly forbids people being discriminated against because of their birth. But this discrimination is enshrined in the heart of Indian politicians where Ambedkar sits majestically on his throne. India encourages discrimination against people on the basis of their birth. This is not affirmative action in any sense of the term.

As far as outreach is concerned, one cannot understand what it means in India. American society has never produced a native intellectual tradition. It has survived so far, because, America buys also the best brains from the outside. (Of course, they also buy the worst, mostly social scientists from Asia and Africa, to showcase ‘affirmative’ action.) In Europe, by contrast, there is neither affirmative action nor outreach. In all European countries, there are rich native intellectual traditions and they do not have to buy people to survive.

India, China and Japan are like Europe and not like United States. Each of these Asian countries has extraordinarily rich intellectual traditions. True, the university system is a foreign implant that has not taken root in the Indian cultural soil. This problem, however, cannot be solved by ‘outreach’; one has to find ways of linking up with the still existing intellectual traditions in India. Nor is the abysmal quality of social science research improved by sharing food with a Dalit. The advisors to the MHRD appear to borrow ideas from America and present them as ‘India-centric’. The perversity of truth here: to steal ideas, distort them (for example, calling affirmative action as ‘inclusiveness’) and present them as ‘India-centric’. In the current state that India is in, I cannot imagine any Indian politician from any political party criticising either ‘inclusiveness’ or ‘outreach’. Why should they? They have already sold their souls in exchange for a bowl of soup.

My student Jakob de Roover wrote an article few days ago applauding the genius of a Delhi sociologist, who wrote an extraordinarily sharp piece of the Patel movement. What this sociologist claims about the Patel movement is, in my considered opinion, the greatest discovery humanity has ever made that is light years ahead even from the discovery of either fire or language or the invention of the wheel. One of the reader’s comments on that article claimed that Jakob was ignoring the “lived experience” of the masses. This is true. This truth is about the nature of human experience. No one person can access the experience of another human being. This commentator does two things: s/he criticises Jakob for being human because he cannot access the lived experience of another human being. (I wonder what the contrast set is to “lived experience”; “dead experience”, I suppose.)

Further, there is also an implied suggestion that an irrational and immoral system, which the caste-based reservation system is, should be founded on such a “lived” experience. If the lived experience of some human being, whoever he is, justifies an immoral and irrational system, then this commentator should also say that the Eindlössung of the German Nazis, i.e. the genocide of the Jews is justified. After all, Hitler’s“lived experience” grounded it. The perversity here is this: the truth that human beings cannot access each other’s experience is perverted into a justification of an immoral and irrational system like the caste-based reservation system.

Finally, there is the agitation of the Patels in Gujrat. The Patel community outside India, according to the newspapers, wrote to the PM asking him to return the $3million they gave him on his trip to the US. They want to give that money to the movement in Gujrat. Most intellectuals in the Indian universities see machinations, class and caste interests and anti-dalitism in this agitation. Here too, there is perversion: the genuine feeling of many people about the caste-based reservation system becomes an expression of sectional interests, where as the sectional and corporatist interests of the so-called Dalit groups are supposed to embody and represent the general interests of the Indian society. Only those who know what democracy is would see in this the perversion of democracy itself.

In the course of one day, the newspapers reported at least four perversities as truths. Each of these do appeal to one truth or another only in order to pervert them. I wonder whether this is a coincidence or whether it is the staple diet in India today. I do not know. But the fact that the bevy of brilliant thinkers populating India have not reflected about them and the fact that, in the last decade or so, both the UGC and the ICSSR have funded scintillating projects, which are silent about truth and propagate perverted truths for self-seeking purposes, I think, reveals something about the Indian intellectual scene.

One could say that I should be glad that I do not live in India because my intellectual career for the last forty years has been in Europe. A fair criticism of a man whose future is behind him in his old age. However, the rebuke does not address the concerns of those whose future lies ahead of them. I am forced to ask myself sadly: what about all those wonderful, creative and hopeful young kids in India? What about their future?

SN Balagangadhara is a professor at the Ghent University in Belgium
Get Swarajya in your inbox everyday. Subscribe here.
Tags: