About Those Lamps Lit In The Dark Of The Night 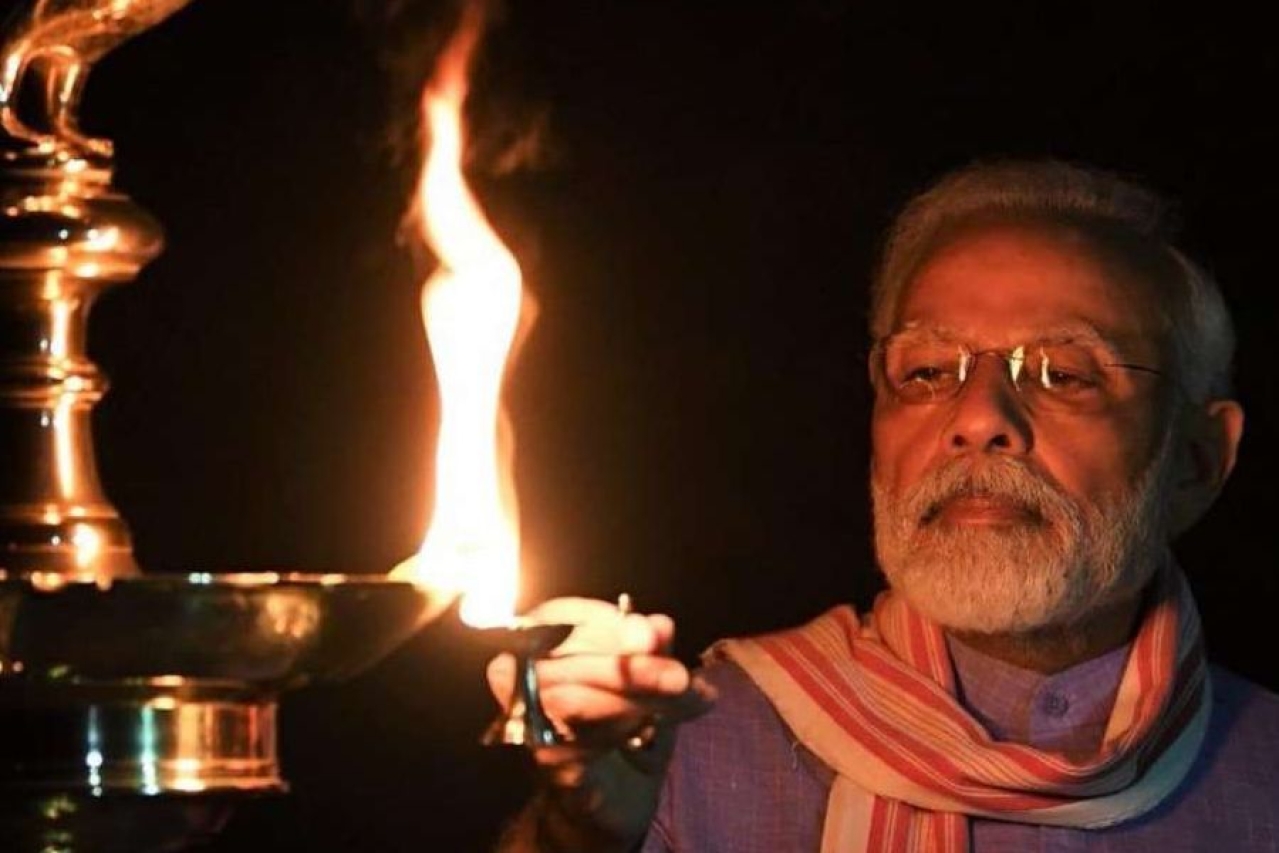 Last night in an act of positive reinforcement and good faith, nearly all households in the country switched off their lights and stood in the gentle brightness of little lamps - diyas, vilakkus, candles, what have you. Even the Prime Minister was photographed lighting a very tall brass lamp and standing there in just the glow of the flame he had just lit.

Lamps and Indian faith go back a long way, of-course. A tradition that grew out of the pre-electricity era, lamps or diyas have always been the subject of very meaningful poetry and devotional imagery in this country.

The lighting of the lamp brings knowledge. And knowledge is of two types – vidya and avidya or para-vidya and apara-vidya. In a rough sense, this division may correspond to the outer sciences and the inner sadhana.

Do we value one and ignore the other? Have the saints reserved a higher place for one kind of knowledge over the other?

The answer is given in the form of a beautiful traditional incident told of the first three of the great Aazhwars – the immersed - the mystic poet devotees of Vishnu. It happened in the small village of Thirukovilloor in Tamil Nadu more than a thousand years ago.

Poigai-Aazhwar, among the first Aazhwars, had come to the ashram of Mrukandu Maharishi. It was a rainy night. So the Aazhwar simply lay comfortably in the small front outer projection of the house.

In a short while, Poiga Aazhwar’s contemporary Bhuthathazhwar also showed up and wondered if he could also seek shelter in the same outer projection. Poigai-Aazhwar replied that ‘one could lie down and two could sit’. So they both sat.

Next came another aazhwar, Pei-aazhwar by name. This time they found that one could lie, two could sit and three could stand in the same place. So all the three Aazhwars thus stood there under the small space under the stormy rainy night.

With all the three so standing, suddenly they could feel that there was a fourth person. They felt the presence but could not see the person.

Realizing that this was some cosmic mischief, Poigai Aazhwar realised he needed a diya, a lamp to see who this fourth person was.

But a lamp in a place such as this without any supplies? Not to be discouraged he lit a lamp in verses:

Earth as the body of the lamp, the ocean as the ghee and the sun itself as the flame I light this lamp of verse to the feet of the Lord of shining Discus so that the ocean of suffering shall go away.

With that lamp alone the presence could not be comprehended completely. So the next aazhwar, Buthathu-Aazhwar lit his own lamp, once again, in verse:

Love as my lamp, avidity as the ghee, my melting mind as the wick, and my entire being melting I light the lamp of Gyana in Tamizh of wisdom, dedicating it to Sri Narayana.

With thus the both lamps lit – one gaining illumination from the physical world and the other the inner lamp – Pei-Aazhwar could see who the mysterious presence was:

Auspicious Sri I saw; The Golden Aura form I saw; Shining Sun like brightness I saw; saw the Discus that vanquishes foes in the battle; saw the dextral conch in His hand; All this I saw the very moment today (as I received the divine vision).

Thus began a poetic tradition of bhakti that has now survived for more than 1200 years: with the lighting of lamps - both of the mind and of the world.

With these first azhwars would begin the tradition of poetic compositions, although this wasn’t the first of religious poetry in Tamil, that through the tumult of time have come down to us as prabhandhams, a compendium of 4000 verses sung by ten (or eight, depending on who you ask) aazhwars.

To this day, the singing of prabhandhams are a daily feature among the Sri Vaishnavites.

Today we stand in the dark night of a pandemic.

Science will surely light the lamp of cure. Our institutions of science and research will prevail over the forces of the dark, even if it takes a few more weeks or months. It will be a penance done with intelligence and dedication. That is the outer lamp.

And we will also acquire behavioural changes - understanding the need for a sustainable and more eco-abiding lifestyle - respecting all life and understanding our own place in the web of life. That shall, perhaps if I’m allowed to imagine a little, be the inner lamp.

Just as three great devotees discovered the divine amidst them once the poetic lamps were lit, perhaps we too will perceive the divine amongst us once we have lit these lamps and vanquished the darkness around us.

Get Swarajya in your inbox everyday. Subscribe here.
Tags:
874 Shares