Should You Blame Our Culture? 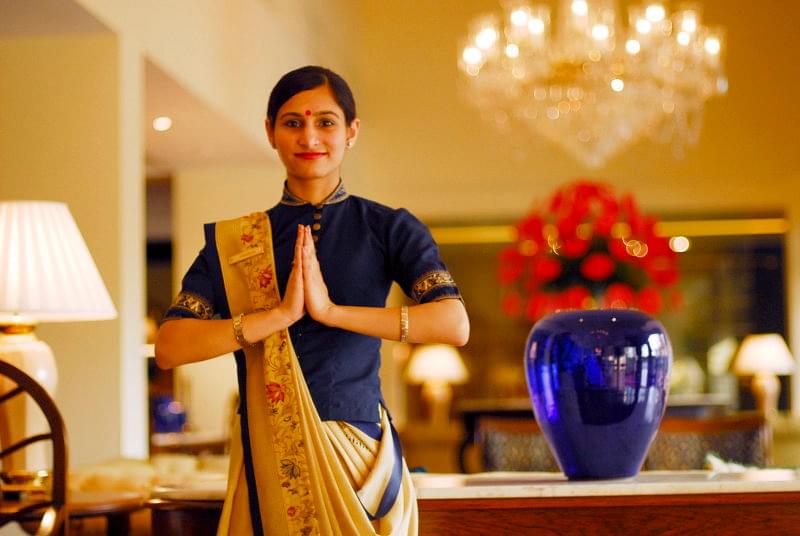 Why can’t we see our own problems in the same rational way that we apply to understand the problems in other societies? Why do we have to jump to a hasty and often ill-formed or misinformed conclusion that it is somehow the ‘Indian culture’ that is behind all that is outwardly wrong with Indian society?

Such are the complaints one gets to hear while moving across the country.

Life isn’t easy for an ordinary person in present-day urban India. Problems are too many, solutions aren’t simple. Neither should our analysis of the problems be simple or simplistic. From road rage to corruption to unsafe cities, many commentaries on Indian urban problems,circulated in the mass media and social media and mostly offered by Indians themselves, don’t bother to really analyse the problem deeply or rationally.

Rather, the tendency is to either blame the authorities, thereby freeing the citizens of any individual and collective responsibility, or to attribute the problem to some form of collective mindset by saying something like “we are like this only (sic)”, thereby ‘othering’ the masses from the more ‘privileged and civilised’ commentators. Or worse, “something must be wrong with the Indian culture”! It is this last line of argument that is the key concern.

A definition of culture was given by Sri Aurobindo, one of the greatest rishis and mahayogis of the 20th century. He was also the pioneering integral sage encompassing the completeness of everything in his spiritual realisations, and expressing the implications of this integral truth through all the possible domains of intellectual activity ranging from philosophy, sociology, cultural study, education, literature, poetry, arts, politics, everything. Culture, according to him, is an expression of a consciousness of life which formulates itself in three aspects (Sri Aurobindo, The Renaissance in India and Other Essays on Indian Culture, pp. 106-107):

Culture is about collective life. But it is also about individual life. It is important to understand that as per the Indian view, society or any collective group is essentially the same as an individual.

In the Indian view, an individual is first and foremost a soul, a portion of the Divinity, a conscious manifestation in Nature of the Universal Self and spirit. This individual self or soul is enwrapped in mind and body. Mind and body in this view are important not because of themselves, but because they are the outer coverings and instruments of the true being inside, the soul.

In a way, this spiritual view of reality assigns much greater importance to the upkeep of mind and body, but the reason assigned for this upkeep and care is different from a materialistic view which altogether denies the existence of anything invisible like soul. (It is also important to understand that the soul is not simply deeper emotions, deeper thoughts, or a very high intellectualism or emotionalism. However, that is not a discussion meant for this analysis.)

Similarly, according to the Indian view, a society has a group-soul, too, which manifests or expresses itself through its outer formulations of group-mind and group-body.

According to this Indian view, when we want to understand a culture, including and perhaps especially our own culture, we should look at all its three aspects and the harmony among them. We should first aim to grasp how the soul of a people, their highest aspiration and thought are expressed through the best efforts and accomplishments of their collective minds and imagination, and through the outer forms, societal systems, practices, customs, organisations, institutions and structures of society.

It is true that in India for the last several centuries the outer body has suffered many serious damages and blows, an unbiased reading of India’s history for the last 1000 years or so would reveal that. Some of these blows have been so severe that they left strong impact on the mind too, and we are still suffering from those.

But there is something deep inside the soul of Indian culture which has time and again found a way to exert its influence and revive the almost-hidden spirit of India. This revival hasn’t been fully, or in some cases even partially, expressed in the outer body or even the collective mind of India. But to say that no change is seen in the outer form would also not be true. India’s way, however, has always been — inner first, outer next. Only when the inner spirit is truly newly and harmoniously organised, the outer forms will begin to change and organise themselves. Only when the inner shines forth, the outer will renew itself.

Some of the outwardly chaotic and disorganised societal behaviour patterns that we see today are nothing more but a projection of the badly damaged and partly-revived outer BODY of the Indian spirit.

A study of inner history of India reveals that the deeper, truer Indian view of life which values the outer life because of it being the support, the base, the aadhar of the inner, truer life, suffered a serious setback when a certain spiritual truth of ‘Illusionism’ (Mayavaad – all world is Maya, so why bother with it) took hold of the Indian psyche. This led to much neglect of the outer life and became an important factor for the decline of Indian civilisation. The outer historical events of frequent invasions and conquests that happened concurrently or subsequently added much to the ongoing decline, resulting in a severe damage to the Indian body and mind.

It is also true that in some other parts of the world we see examples of much more organised outer life. We also find there highly efficient systems in place that work almost automatically and make the day-to-day lives of citizens easy and convenient. This could be because of various historical reasons.

And this could also be because the cultural view of life in these societies has perhaps put greater emphasis on the outer life of individuals and groups. Outer organisation has outweighed the inner organisation of life in these other societies. This is merely to point out a difference, not to place any value judgment. In a way, this diversity of views of life is what makes the life of humanity richer and allows for a wider and multifaceted manifestation of that One Eternal Life that is behind all life.

Certainly, the truly Indian way would be to learn these best practices from elsewhere on how to organise outer life, and to make the best possible use of them to revive the Indian outer body. But this must not be done at the cost of enslaving Indian mind and psyche to such ‘borrowed’ forms. Instead the outer forms must be adopted to the inner truth of Indian mind and spirit. That would be a true Indian revival.

“India’s ancient and mediaeval political, administrative, military and economic organisation was no mean achievement; the records stand and can be left to contradict the ignorance of the uninstructed and the rhetoric of the journalistic critic or the interested politician. There was no doubt an element of failure and defect, almost unavoidable in the totality of a problem on so large a scale and in the then conditions. But to exaggerate that into a count against her civilisation would be a singular severity of criticism which few civilisations watched to their end could survive. Failure in the end, yes, because of the decline of her culture, but not as a result of its most valuable elements. A later eclipse of the more essential elements of her civilisation is not a disproof of their original value.

Indian civilisation must be judged mainly by the culture and greatness of its millenniums, not by the ignorance and weakness of a few centuries. A culture must be judged, ﬁrst by its essential spirit, then by its best accomplishment and, lastly, by its power of survival, renovation and adaptation to new phases of the permanent needs of the race. In the poverty, confusion and disorganisation of a period of temporary decline, the eye of the hostile witness refuses to see or to recognise the saving soul of good which still keeps this civilisation alive and promises a strong and vivid return to the greatness of its permanent ideal.” (ibid., p. 120)

Many serious problems exist in many parts of the world. Many materially rich and so-called developed societies face the challenges of increasing violent crimes, racial hatred, excessive drug-abuse, neglect of children and the aged, and many, many more. The Indian educated class, which generally likes to have an opinion on everything under the sun (and its opinions are primarily formed by others’ opinions which are accessed through mass media and its cousin social media), doesn’t rush to generalise and say that there is something wrong with these cultures because such things happen there. Why? Because the powerful opinion-makers and commentators keep reminding the Indian educated class that these problems are not truly representative of the deeper merit or value of those ‘other’ cultures.But somehow they forget to do so when they are analysing Indian problems!

Have you heard an American opinion-maker cry “something is wrong with the American culture” anytime a school-going child takes a loaded gun to the school and starts shooting his peers and teachers? The commentators find fault with the gun-ownership law, the gun lobby, the school security systems, the parenting style, the profession of psychiatry, medical community, decay in public school system, everything. But not with American culture. Maybe they should. I don’t know. But in India, somehow we are so quick to criticise our culture for all the problems in Indian society.

A healthy self-critique is a good thing. But it shouldn’t be at the cost of a healthy self-appraisal of our cultural strengths and merits. Why can’t we see our own problems in the same rational way that we apply to understand the problems in other societies? Why do we have to jump to a hasty and often ill-formed or misinformed conclusion that it is somehow the ‘Indian culture’ that is behind all that is outwardly wrong with Indian society?

A society begins to disintegrate when it is no longer grounded in the timeless spirit of its culture. This is true of Indian society; this is true of American society, any society. This is also true of an individual. Because in the final analysis, the society is nothing more than a group of individuals. The first requisite is to find out how can you and I, individually, be grounded in the spirit of our culture. Only then the society will find its grounded-ness. And only then the outer body, our societal institutions, our outer practices and behaviour patterns will express or manifest the true spirit of the culture.