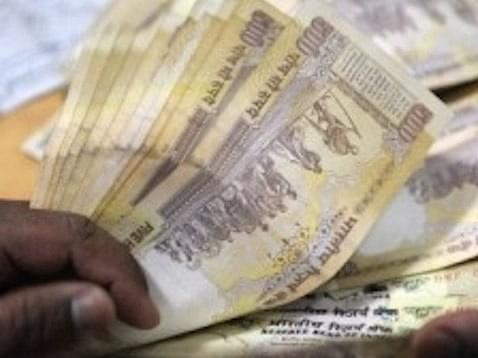 Seasoned officers at the centre and in the states view an expenditure head with one prism — does it need to be done fast or should it be put in an endless loop. If it is the former, the officers classify it as a non-Plan expenditure.

And in state after state, when ministers want a quick inauguration of a project, an office to be furnished again or - and this is the most important - get some people appointed quickly, it is the non-Plan expenditure head which comes to the rescue. For instance, the Seventh Pay Commission found that the number of civilian employees in the ministry of defence was close to 400,000. The number written in the expenditure records of the department was just 34,483. The discrepancy has a clear origin. Defence expenditure is non-Plan. Appointments made in various wings are not subject to the rigour of too many questions as happens with Plan expenditure. So those can be covered up.

Now that the central government has finally decided to scrap the distinction between Plan and non-Plan expenditure – something economists have been rooting for over decades – and replace it with revenue and capital expenditure, it has done away with possibly the biggest leakage in expenditure. Why and how did this level of leak come about?

But do the questions make the Plan expenditure a better tool for running government expenditure. Not really, and we shall explain why. Plan expenditure, unlike the popular impression, is not about making investments. In the government, a Plan expenditure is meant to finance anything which is part of a long term strategy — so even a photocopier bought at the office of a block development officer (BDO) can be a Plan expenditure if those officers who need to sign on it agree that it will make the BDO work better. But if the office needs a rain shed for the staff and visitors, it is better to make the expenditure a non-Plan one, since the approvals under a Plan scheme will take a longer time to come through.

If this sounds arbitrary, that is exactly how it is. There are questions asked but those make the quality of the expenditure better. It simply delays decisions.

Except for the big bucket schemes that necessarily fall under the Plan head and defence expenditure which falls under the non-Plan head, there are few elements of government spending which lend themselves to a clear division between the two heads. The C Rangarajan committee which looked at this problem in detail in 2011, concluded: “The composition of the plan expenditure in both Centre and States has changed over time as the bulk of the plan expenditure is now revenue expenditure.”

Over the years, this opacity made it extremely difficult to figure out what is the purpose of a government spending. The photocopier, after five years, will cease to be treated as an asset and become a non-Plan spend. The BDO will hardly get any money to keep it in a functioning state and will instead ask for a fresh one. Once the new one is bought, there will be two assets on the register and the level of investment made by the government would jump.

Auditors and statisticians have consequently long ago junked this distinction to figure out the level of investments made by the government. To measure the level of gross fixed capital formation (GFCF) in the government, they use other measures which rarely match the Plan and non-Plan distinction.

Essentially, then, the distinction offered only a fragmented view of resource allocation to any scheme. Worse, the fragmented view made it impossible to guess what is the cost of delivering a service and what did it achieve. In other words, if someone were to figure out if the national framework for malaria eradication has been cost effective, it is impossible to do so. The scheme has lots of money attached to it but there is no clarity of outcomes—should it be measured by how many doctors were recruited or should it be measured by the spread and frequency of anti-fogging operations done? Recruitment of doctors is a Plan head, anti-fogging operations is non-Plan.

So outcomes are skewered. And in any case, given the rigid nature of government finance in India Plan expenditure makes up only about 30 per cent of the total expenditure as successive audit reports show.

There is also an interesting sidelight to the tsunami of changes made in budget conventions in terms of the pecking order in the finance ministry. Among the five secretaries of the ministry, the key role is usually played by the secretary of the department of economic affairs (DEA). This is because budget, capital markets, infrastructure and aid divisions are handled by this department. We are omitting the roles of two other departments — those of financial services which looks after banking and insurance and the department of asset reconstruction or the erstwhile department of disinvestment which has a single clear mandate.

The department of expenditure has expanded its role vastly. Between the eclipse of Planning Commission in 2014 to the elimination of Plan and non-Plan distinction in 2016, it will now decide dynamically how each rupee will be spent throughout the year. It is like a real time guardian to the government of India purse, instead of working as bean counter at the end of the year. It has also brought within its fold the railway budget. Combining the power over the purse and the executive power over the railway ministry, it means the key decisions for infrastructure sectors would in future be taken in the department of expenditure instead of in the DEA. So, the expenditure secretary has vastly eclipsed the role of DEA.

Also note, that the department of revenue has already ceded most of its role in indirect taxes, especially excise and service tax, to the GST Council. Perhaps it is quite appropriate that the present finance secretary is also the secretary, expenditure. It could remain that way in the future too.