Demonetisation Ke Side-Benefits: Why Equity May Be King Of Assets In 2017 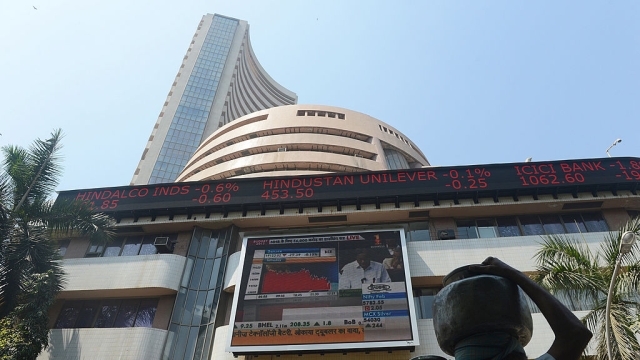 Demonetisation of high-value notes may just have set the stage for the return of a bull market in 2017. Sharp shocks usually lead to a cut in interest rates by central banks, and the post-Lehman decision of the US Fed to keep near-zero rates for a very long time led to one of the biggest bull markets in stocks and bonds ever seen.

Demonetisation should be seen as a mini-Lehman moment in India, except that there is nothing structurally wrong with the Indian economy where the pain of slow growth will be prolonged.

One, retail inflation is falling, due to base effects, seasonal trends and the demand dent caused by demonetisation. November consumer inflation fell to a two-year low of 3.6 per cent, well below the mid-point of the Reserve Bank of India’s long-term targeted rate.

Two, bank deposit rates are falling due to the sheer weight of money coming back into the system. Since this money is not going to be used up fully for at least two quarters, either through withdrawals or personal or corporate expenditures, one can assume that the easy conditions will continue well into 2017-18.

Three, the sharp drop in bank credit post-demonetisation suggests that there may even be a short-term improvement in banks’ bad loans portfolio, as people use surplus old notes to prepay old loans. In the fortnight to 25 November, credit outstanding crashed by nearly Rs 61,000 crore, indicating that loan offtake is low and prepayments may be rising. This could be for two reasons: low offtake could be the result of the uncertainties unleashed by demonetisation; prepayment could also be the result of people and promoters using old notes to pay up loans. Companies may be using black wealth outside the system to erase past default positions.

This means banks will be ready to start lending aggressively once their cash handling workload eases after 30 December. One should expect a sharp spike in credit, and cheaper money, from January 2017 compared to levels in the preceding two months.

Four, Finance Minister Arun Jaitley has hinted at the possibility of both direct and indirect tax rate cuts “at some stage”. With the budget just about a month-and-a-half away, no prizes for guessing when at least some of that will be coming, especially given the need to stimulate the economy after the demonetisation speedbreaker.

What do lower interest rates, excess money with banks, low retail inflation, and the possibility of a fiscal stimulus add up to?

Answer: assets are going to rise in prices.

The second question is which assets? We have four possibilities: stocks, bonds, real estate and gold.

Bonds will certainly rise in value if yields start falling. Ten-year government of India bonds have seen yields fall by over 1.3 per cent over the last nine months, and they could fall further – possibly to 6 per cent. So there is scope for bond prices to rise in the very short term. But one can’t see bonds rising endlessly, given the political need to protect the saver from further loss of income.

As for real estate, normally one should be able to predict a fall in high value properties (above Rs 1-2 crore) and a strengthening in areas of real demand (properties valued at less than Rs 50 lakh). But given the adverse roles played by crooked politicians and bureaucrats in keeping land prices artificially high, one cannot predict the medium-term trend, especially since state politicians control land prices. If Prime Minister Narendra Modi decides to use the draconian Benami Transactions Law to go after such properties, prices could fall significantly. If state governments lower stamp duties and also increase land availability by reforming building laws in cities, again prices should fall. This means asset inflation will be unlikely in real estate unless the market continues to be rigged in the teeth of sagging demand.

As for gold, the increase in US interest rates means the dollar will again score over the yellow metal as a safe-haven avenue. If the US further stimulates the economy by massive spends on infrastructure, global gold prices will have nowhere to hide. So one cannot see gold being a big harbinger of value growth for investors.

This leaves shares as the best possibility for capital growth in 2017. When retail consumer prices are benign, when economic stimuli are round the corner, when banks are lowering the cost of capital, and when all signals are flashing green (barring one), stocks have nowhere to go but up.

The one signal flashing amber is foreign investor inflows, with hot money looking at the US following the expected rise in interest rates.

The bull market in 2017 will initially be led by domestic money, as more spare cash flows into bank accounts and then into mutual funds – both equity and debt. Mutual funds are already reporting excellent inflows in November.

The question is will the FIIs see the increase in domestic funds chasing stocks as an opportunity to book profits or a chance of re-entering before the next bull run? One should not bet on the former, unless we are talking about debt inflows. In a falling rate regime, FII debt inflows will be falling. Equity is likely to be king of 2017.