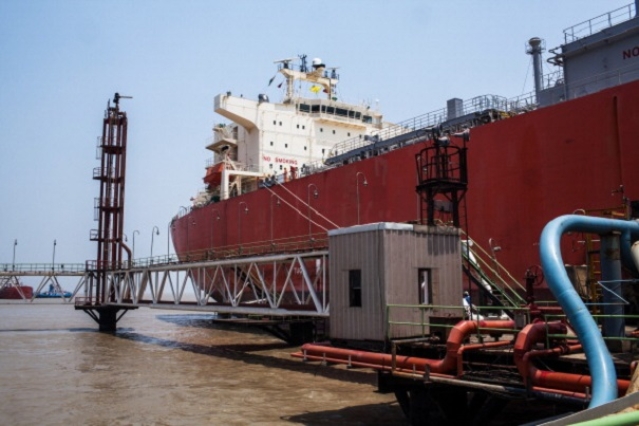 Exports have fallen in terms of value but not so much in terms of volume. Rather it’s the falling commodity prices of petroleum, iron, steel and the agricultural sectors which are the prime reason behind the fall.

Indian export headline number continues to drop sharply. April-December 2015 exports were 18 percent lower than the same period exports in the previous year. With imports too falling at a high rate, current account deficit has not been an issue. However, the question remains on what policy actions need to be taken to improve the export performance.

Additionally, the sharp decline in exports has been held up as a key reason for disbelieving the new Gross Domestic Product (GDP) series. The impact of a very low or negative Wholesale Price Index (WPI) based inflation upon the economy and hence, the low ‘nominal’ GDP, has been well analysed. But, is there truly a drop in the ‘value-addition’ (which is what ‘real’ GDP is a measure of) in the export sector?

As with most such ‘macro’ numbers, these ‘export’ numbers hide more than they reveal. The headline number, by itself, provides little in terms of learning and hence, one needs to look at the details.

The ‘trade data’ published by the Commerce Ministry and picked up by the media, covers only merchandise data. The services trade data is published by the Reserve Bank of India (RBI). So, India’s best-performing export sector, IT (and ITES) services, is not a part of the headline number. The ministry’s press release, though, provides RBI’s data on services; but, this almost invariably never gets media attention.

From RBI’s Balance of Payments data, in the first half of the current financial year 2015-16, total merchandise exports amounted to US$ 135.6 billion, while services exports amounted to US$ 77 billion. So, the headline number understates ‘exports’ by 36 percent. The trade body, NASSCOM, is projecting total IT sector exports of about US$ 108 billion for the fiscal year 2015-16 and expects to cross US$ 120 billion in the subsequent year.  Clearly, services sector continues to grow and needs to be considered in any proper analysis of exports.

Commerce Ministry provides fairly extensive data on its website on ‘merchandise’ exports. Summary data from April-November 2015, for the export sectors contributing about two-thirds of the export basket for the financial year, is tabulated below. For purposes of simplicity, some of these categories have been clubbed together and a category name provided by the author; these are not necessarily category names used by the Commerce Ministry.

Three sectors are declining – petroleum, iron & steel and agricultural commodities. The common theme being a drop in global commodity prices.

Though, the decline in the exports of iron and steel has not been as sharp as the petroleum sector, one can still see the impact of the drop in global prices of iron and steel on the performance of the sector. Moves to reduce food inflation within the country with measures like minimum export price, could also have contributed to the fall in agricultural exports. But, the fall is also quite small, as compared to the petroleum sector.

While commodity prices have crashed in these sectors, the value addition in these sectors hasn’t changed much. So, people holding up a drop in exports as a key indicator for disbelieving ‘real’ GDP numbers, need to dig a little bit more into the details to enlighten the consumers of their analysis, on the underlying trend.

Several export sectors are growing too

The data also point to good news. Sectors, with relatively higher ‘value addition’ appear to be growing, despite a difficult external environment. Exports from the pharma, automobiles and accessories, heavy engineering, electronics and plastics sectors are growing at a nice clip. The stability in gold prices is reflected in the growth of jewellery exports.

This data also provides an important context to the ‘Make In India’ initiative and the thrust to improve ‘Ease of doing business’. Though the RBI Governor spoke of ‘Make For India’ being more important, it is clear that India will benefit immensely, even if goods were largely manufactured for the global markets. Case in point, being the IT. For all the banter about Indian IT sector delivering ‘low value-add’ services, IT services continue to thrive. True there are disruptive forces, from technology changes to ‘non-tariff barriers’, are at play. But, the players seem to have built business models, which seem to find solutions for these challenges.

The Prime Minister of India, spoke about how schemes like ‘interest rate subvention’ are essentially subsidies. R Jagannathan, has argued for no hand-outs for what he calls ‘lame duck’ sectors. It would appear that the sectors, which gain the most from such schemes, are also the ones which have very low value-addition.

The Economist (20–26 June, 2015), published an analysis of Swiss export performance. They report that Swiss exports increased by 200 percent + (in inflation-adjusted terms) over the last 30 years, despite the trade-weighted Swiss Franc appreciating by 130 percent. So, exports with higher value-add don’t need the crutches of depreciating currency either.

One factor which contributed to the creation of a large and viable IT sector was the exemption from direct taxes afforded to the IT sector, in its infancy. Countries like Singapore have flourished through similar policies on direct taxes. Will we take a leaf from our own playbook and liberalise direct taxes (without a high MAT), during the 2016-17 budget and give a fillip to the right-kind of exports?