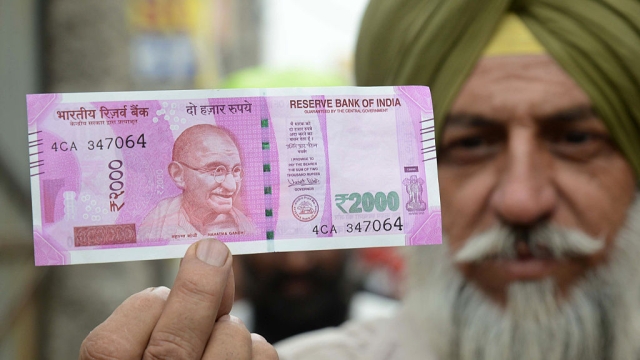 For a government that is getting the flak for gambling with the economy with its shock demonetisation move, the latest economic growth figures will certainly not be good news.

Gross domestic product (GDP) grew 7.2 per cent in the first half (H1) of 2016-17 against 7.5 per cent in the same period of 2015-16. Barring agriculture, utility services (electricity, gas, water etc) and the government sector, all other sectors posted lower growth than last year.

If the economy is to get within touching distance of 8 per cent, the next half will need to see very high growth rate. That’s generally a bit tough, but may be tougher given the disruption caused by the demonetisation exercise, never mind its noble intentions.

Private consumption has held up in H1 – it posted a healthy 7.5 per cent growth in actual terms over last year (though it slipped a tad in terms of GDP) but will it continue to do so in the second half, with people likely to have less money in hand to spend?

Let’s not forget that the Moody’s Investor Services report that said the demonetisation would be good for the economy in the long term red-flagged the immediate impact on spending. “Households and businesses will experience liquidity shortages as cash is taken out of the system,” it had said, pointing out that this would temporarily affect consumption and hence growth.

Economists have differed on the extent of the short term impact on growth in this fiscal, but there is general consensus that there will be some negative effect. That is why it was important for the government to have got some cushion from the Q2 growth. The economy, however, didn’t oblige.

The only bright spot in the latest figures was provided by the growth in agriculture and construction in Q2. Agriculture grew 3.3 per cent, which was not only a significant step up over the Q1 growth of 1.8 per cent but was also higher than the 2 per cent growth in Q2 of last year. This is clearly the result of the normal monsoon this year. However, Aditi Nayar of ICRA points out that this 3.3 per cent growth was lower than the extent of the rise in kharif output projected by the first advance estimates of crop production.

The construction sector presents a mixed picture. The 3.5 per cent growth in Q2 is a creditable performance, after a slump in Q1 but the combined H1 growth in the current fiscal, at 2.5 per cent, was lower than the 3.3 per cent growth in H1 of the previous fiscal. Sunil Kumar Sinha, principal economist, India Ratings, believes the impact of demonetisation on this sector will be severe, given that cash transactions are quite significant here.

Sinha expects even mining and quarrying as well as the trade, hotels, transport and communications sectors to be significantly affected for the same reason. State Bank of India’s Saumya Kanti Ghosh, however, feels these sectors are already in a slump and demonetisation will not significantly exacerbate this.

That remains to be seen, but what is more worryingly any slump in consumption demand is likely to delay any recovery in investment demand, which is so necessary for sustained economic recovery.

Wait now for Q3 and full year figures to know how Narendra Modi’s gamble plays off – in the short run.