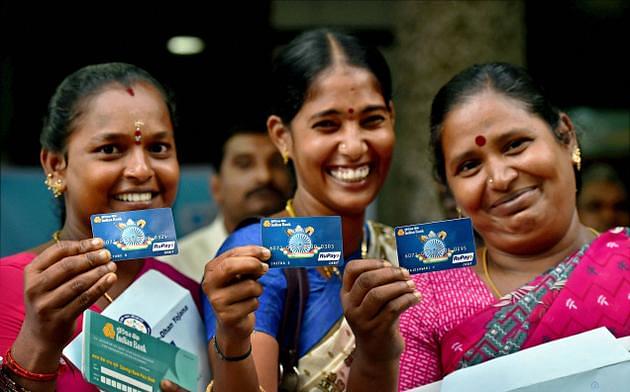 It is widely accepted that India’s welfare system is riddled with leakages. Broadly, there are two types of leakages. Rampant corruption means that the benefits intended for the poor often get siphoned off by middlemen and corrupt officials. Secondly, the system’s inefficacy is itself a fiscal leakage.Neither does the system cover a significant proportion of the population, nor does it support the recipients with adequate benefits.Those segments of population that it protects are often the undeserving ones and very little is actually spent on the really needy families.

That a plethora of welfare policies over the last 60 years failed to end the miseries of the bottom segments of the population bears testimony to our long-established welfare system’s inefficiency. The current government’s solution to this issue is the JAM number trinity which would help the government to identify the intended beneficiaries of a welfare scheme and directly send them the cash without the need to involve any middle persons for administering the benefit.

JAM number trinity refers to Jan Dhan Yojana bank account number, Aadhaar number (a unique number to identify every resident with biometric details) and Mobile phone number, respectively. The application process for a bank account under the Jan Dhan Yojana places priority on Aadhaar number as identity proof. Aadhaar enrolment requires the applicant to produce his/ her mobile number. In this way the trinity is getting linked. Once the linking is complete, every poor person can be uniquely identified by his/ her Aadhaar number, the cash can be sent to the linked bank account and the account holder can either withdraw the money from the bank or use his/ her mobile phone to collect the cash from designated agents such as village retail shops.

The strong link in this number trinity is high mobile phone user base in India which is more than 70% of the population. The weak links so far are low reach of Aadhaar registration and lack of financial inclusion opportunities for most Indians.

To the credit of Modi government, the success of Jan Dhan Yojana has ensured that many more Indians have bank accounts now than before. However, a bank account is no guarantee to having access to regular financial transactions, for which one needs access to bank infrastructure. This can be facilitated by mobile based financial services like M-Pesa which has been hugely successful in ensuring financial inclusion in West Africa where physical banking resources are even scarcer than in India.

Mobile banking and payments are fast catching up in India and in fact, the Reserve Bank of India is actively considering applications for payments bank licenses which will leverage mobile technology for basic banking services. India Post is one of the front-runners for getting a license to function as a payments bank or a postal bank which will invigorate our financial system to a large extent. Not only will this utilise the dormant resources of India Post for productive purposes but also India Post can cater to the banking needs of rural India to an extent that no other organisation can do.

The JAM number trinity sounds promising when it comes to transferring cash benefits such as maternity, education scholarships or pensions. But the real challenge is with non-cash benefits such as subsidies, which reduce the price from what ought to be paid on essential commodities like kerosene, electricity, LPG etc. Converting the subsidy into cash equivalent and paying it directly into bank accounts is the more talked about solution.

What is less discussed is the shocking injustice of India’s welfare system where subsidies benefit the non-poor significantly more than the poor and consequently any conversion of the subsidy into cash transfer would simply perpetuate this injustice. Consider some facts from the latest Economic Survey of the government. Kerosene is widely perceived as fuel used by the poor. Yet only 46 percent of subsidized kerosene is consumed by households that are below the poverty line and only about half of it (49 percent) is consumed by the bottom 30% of households.

Electricity subsidies benefit the two-thirds of households that are electrified even while they are the ones who are evidently better off than the remaining one-third. As more well-off households own and use more electric gadgets, the lion’s share of the electricity subsidy is appropriated by the well-off rather than the less fortunate. Moving to the more talked about LPG subsidy, the bottom 50 percent of households only consume 25 percent of LPG. It is thus obvious that such price subsidies are by nature regressive. They benefit the non-poor more than the poor. It is in this context that the government is considering ways to get rid of these subsidies for the non-poor or at least reduce the amount of subsidies being availed by the comparatively better off. The idea is to target the real needy for delivering the subsidies.

How to divert the subsidies to those most in need?

One way is to set an income criterion for identifying the potential beneficiaries and then transferring the cash equivalent through the JAM number trinity. This is what the government has already started doing for LPG with the difference that the entire population is the potential beneficiary. The problem is that it is rather difficult to identify beneficiaries based on income criterion in India especially for workers in the informal labour market which constitutes 90 percent of the population. Indirect means to verify income (such as identification of eligible households for BPL and AAY cards) are not corruption-proof themselves as has been seen in the case of BPL lists.

Then how can we ensure that the better off are not cornering the subsidies? It is in this context that the Prime Minister has appealed to the “better off” to voluntarily give up LPG subsidy – an idea that we find problematic.

LPG is a classic case of regressive subsidy that benefits the non-poor more than the poor.
Indeed the subsidy even reaches the upper middle classes and rich even though they may not really want it. Efficient transfer of the subsidy to reduce delay and corruption is almost complete. But the challenge is to stop giving this subsidy to the “better off”. We believe that appeal to forgo subsidy as an act of patriotism is ineffective as policy. Majority will not give up the subsidy due to various, often genuine, concerns.

The best solution would be for the government to display the political courage to stop the subsidy for all people above a certain income criteria without waiting for them to do it voluntarily. This would save the government ₹ 22,000 crore, enough to substantially sponsor the greatest welfare scheme of Government of India, the MGNREGA in the current fiscal. However we have already argued that it is difficult to identify the beneficiaries based on income criteria. Moreover such a policy could be political suicide.

In that case, the next best solution would be to nudge people away from taking the subsidy by guaranteeing better services for those who give up the subsidy. If non-subsidized LPG customers are given priority and same day delivery, then they would be attracted towards giving up subsidy beyond just an act of patriotism. Another option could be to set staggered formula for subsidies e.g. BPL and AAY card holders get 100% of the current subsidy, APL card holders get 80%, other households covered by the Food Securities Act get 60% and the rest get 40% of the subsidy. This may be politically feasible and over time the percentages could be changed incrementally to slowly eliminate subsidies for the non-poor.

Economic theory categorically states that indirect subsidies are rather inefficient compared to targeted subsidies. In case of India, targeting is prohibitively costly or immensely inefficient when operative on the present administrative structure which is the only way to explain the failure of Indian welfare schemes in the post-Independence era. For example, our public distribution system is known to have a leakage rate of approximately 40%.

Reliance on Information Technology provides an opportunity to put a check to these leaks and make India’s welfare schemes work. Success of these welfare schemes, nevertheless, are directly proportional to cessation of abuse of these schemes by middle and higher income groups. This necessitates political courage at this critical juncture, which the Modi government surely has the political capital for, without which no amount of technological induction will help.