The Mess Our Public Sector Banks Are In 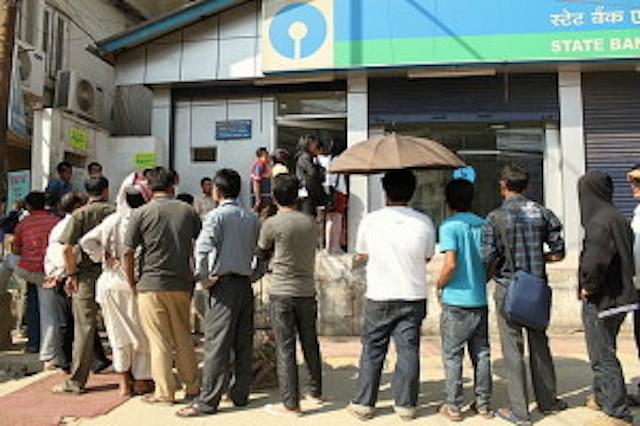 Why would public sector banks lend to houses that are risky business? Crony capitalism? An absence of competent due diligence systems – those that are comparable to private banks? Both? Or, as wiser economists would say, all of these are merely symptoms of a deeper systemic problem of bad incentives!

One of the defining characteristics of a market-oriented, capitalist system is competition. Such competition is fair, but not in the sense that the small players are protected from industry or foreign heavyweights through regulations that seek to precipitate the utopian concept of equality. It is fair in the sense that none of the players are subsidised at the taxpayer’s expense, and therefore every player must proactively work to keep their costs low and profits high in order to stay afloat in the market.

India’s banking system, for example, has seen the marvels of competition in the past two decades following economic liberalisation. Customers have come to realise greater professionalism, efficient operations, better management, exceptional customer service standards, and effective accountability in the system.

These benefits, however, have only been confined to the private category. State-owned banks, on the other hand, continue to bask in the privileged status accorded to them through seemingly perpetual patronage of the government, which leaves them unencumbered from the threats of better players in the industry. Not surprisingly, we continue to witness deteriorating level of operations, which is reflected in rising bad loans and falling profits, even losses.

In the March quarter, for example, three out of four banks that reported net losses belong to the public sector. And nine public sector banks (PSBs) reported a significant decline in net profits owing to the provisions they had to set aside for their surging non-performing assets (NPAs). These are assets that cease to generate revenue for the banks – typically a loan for which the interest or principal installments remain overdue for more than ninety days.

When a debtor is unable to make timely payments, lenders agree to ‘restructure’ the loan by tweaking the interest rate or the payment period to give more leeway to the debtors to pay back their dues. This is done in hope that the loan does not end up becoming an NPA. But an ICRA Ratings report recently revealed that as much as 25 to 30 per cent of restructured assets of public sector banks have slipped into NPAs, and this rate could rise to a staggering 35 to 40 per cent this year.

Although the gross NPAs of public sector banks, as of March 2015, were 5.17 per cent of the total loans, the stressed assets ratio (which takes into account both NPAs as well as restructured assets) stood at 13.2 percent. This is particularly striking to note given the fact that a new rule, which was effective from April, mandates banks to make a provision of 15 per cent for restructured loans, treating them at par with bad loans. Earlier they had to make a provision of only 5 per cent.

This means the losses of State-owned banks could rise further, owing to greater provisions unless they take drastic measures to get their house in order. Last month, Finance Minister Arun Jaitley assured us that “the situation will gradually improve after two or three subsequent quarters.” This could happen only if the economy recovers and the stressed sectors such as infrastructure, iron and steel, and construction are able to earn enough revenues to pare down their debt. But what if the economy fails to grow at expected levels? In that case, ICRA forecasts that the slippages from restructured assets to NPAs could rise to 40-45 per cent, thus severely straining the balance sheets of public sector banks.

These scenarios beg several questions: Why on earth would public sector banks lend to houses that are risky business in the first place? Crony capitalism? An absence of competent due diligence systems – those that are comparable to private banks? Both? Or, as wiser economists would say, all of these are merely symptoms of a deeper systemic problem of bad incentives!

Without adequate incentives, the prime of which is competition that is fully devoid of State involvement, except perhaps conducting minimal regulatory functions, it would be foolish to expect any significant improvement in the issues of fraud, NPAs, and a severe lack of capital in the PSBs. The last of these issues is another challenge facing these banks.

The government had earmarked Rs. 7,940 crore in the Budget for recapitalisation of PSBs in the current year. This is a tad bit more than Rs. 6,990 infused in them in the last year. To be sure, lack of capital is not a significant problem for the PSBs at this point, because most of them have a capital adequacy ratio (the ratio of net worth to loans) of more than 10 per cent anyway. Higher capital adequacy ratio is preferred; in the event that loans go bad, the banks can make up for them through their net worth adequacy. Also, the credit demand is low at this juncture.

But as credit growth picks up in the economy in the coming quarters, and in order to keep up with Basel III norms (which prescribe minimum capital adequacy to ensure bank resilience), State-owned banks will need significantly more capital. The government could infuse its own (meaning taxpayer’s) funds into them, but that would constrain its fiscal space. Which is why Finance Minister recently asked these banks to consider raising their own capital from equity markets through public issuances. But given that investors are anything but upbeat about the abysmal performance of PSBs, this route may not garner much capital.

The only legitimate way for these banks to ensure sufficient capital is to pare down non-core assets, downsize their operations, and streamline their functions. Mergers of various PSBs would be an option, but they are generally difficult as well as costly to execute. Instead, shutting down non-profitable segments would be a more practical option.

Eventually, however, looking at the costs and benefits of their operations, most of these banks (barring perhaps State Bank of India, Bank of Baroda, and a couple of other efficient ones) should be privatised so as to give a greater market share to the private banks to compete and deliver. Four or five State-owned banks could still continue delivering service to rural customers until private banks find it viable to venture in those areas. Then, even those should be downsized. This would be a splendid opportunity for the Modi government to deliver on its ‘minimum government’ talk.

It may help to note that even though the total market share of private banks in the Indian banking industry – in terms of deposits and advances – is a piffling one-fifth (the rest is dominated by government banks, obviously, because we are a socialist economy), these banks command over fifty per cent of the total profits of the industry. That’s how efficient they are! Not surprisingly, these banks now spend most of their resources on innovating so as to retain and attract a larger customer base.

As an example, consider the upcoming emergence of payment banking. The Reserve Bank of India is set to issue licenses to private players to start their own payment banks. These banks may accept deposits but not give out loans. They would invest these deposits only in government securities, thus earning a safe return for depositors. It is expected that payment banks will attract large number of current and savings account deposits, thus posing as a big competitive risk for other commercial banks.

In response to this threat of competition, private banks have been busy creating new, path-breaking systems to retain their existing customers. ICICI Bank launched its own app-based e-wallet called Pockets, while HDFC Bank launched its PayZapp app to facilitate payments of mobile bills and online purchases from their own banking websites and apps. Government-owned banks, on the other hand, simply do not seem to care about this impending disruption in the industry. Because, well, they have got much better things to do – tackle the issue of NPAs, recapitalize themselves, and reduce the incidence of frauds.