What Is The Scorecard Of The Modi Government So Far? 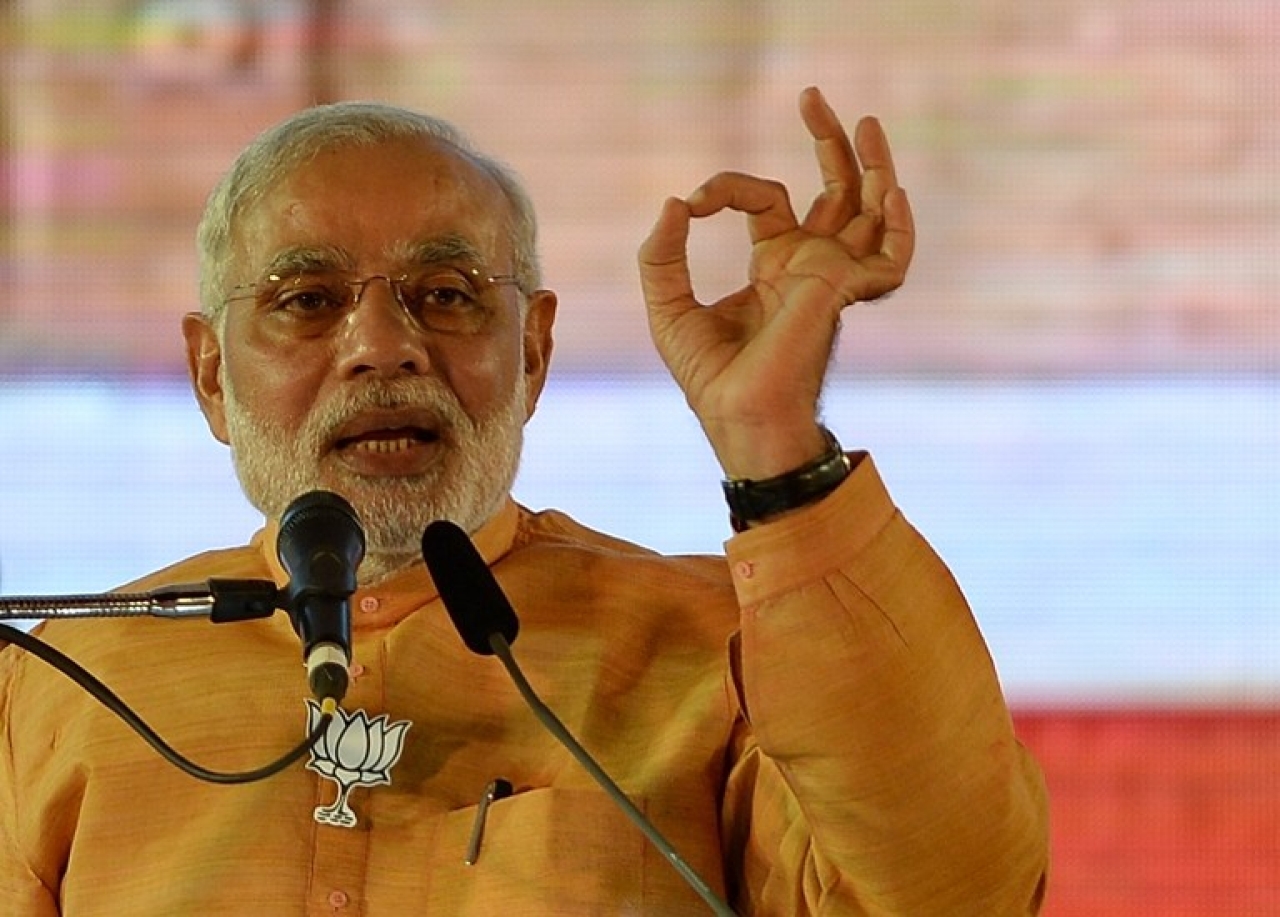 Madan Sabnavis of CARE Ratings has an article in ‘Financial Express’ that exhorts investors and entrepreneurs to stop complaining:

The time has come for investors and entrepreneurs to stop complaining and take advantage of all the good work that has been done by the government. We need to show that we react to positive impulses from the government before asking for more. It would also be interesting in case foreign agencies list out what they expect in terms of reforms, with some anecdotal proof of such reforms bringing about big changes in their investment, or opinion of countries which have gone for the same. Otherwise, it appears that analysts are just complaining for the sake of it. There is evidently need for introspection whenever anyone asks for more.

At a philosophical level, it is hard to argue with this. We all need to do what we can before asking others to do more for us.

This is the same point that I had advocated in my MINT column on Tuesday, for the Commerce Ministry: Show what the Special Economic Zones (SEZ) had done for the country’s exports before asking for concessions to be retained or expanded.

However, Madan Sabnavis had listed several of the government’s initiatives. Even the government might be embarrassed because some of them are too recent. It is too soon to call them a success or a failure. Second, such a list fails to take into account what the government could have done differently.

For example, in the extreme, all the government measures could have been inferior to other alternatives that existed. Of course, it is a theoretical argument. The point is that listing the decisions without even a cursory evaluation does not make for an effective case.

Of course, the list contains some substantive measures the government has taken:

FDI has opened up to defence and railway equipment, and limits for insurance have been enhanced.The new crop insurance scheme of the government.Skill India, which addresses lacunae for generating such skill-sets that are currently missing and provides an opportunity for the demographic dividend of the countryPradhan Mantri Jan-Dhan Yojana, payments banks, small banks are major reforms in financial inclusion

T. N. Ninan in his latest ‘Weekend Ruminations’ dishes out liberal praise and criticism to the government. He chides some Ministers for faking numbers while he lauds the real achievements but he lists several positives:

There can be no doubt that, in 21 months, it has been able to register improvement on several economic fronts. But the tendency to make exaggerated claims diverts attention from what is real, and affects credibility.  A reality check shows that the pace of road construction in 2013-14 (the year before Mr Gadkari took charge) was more than 11 km per day, not 2 km. This year may achieve 16 km per day, so Mr Gadkari’s efforts at renewed momentum in highway construction are bearing fruit.Mr Goyal has managed improvements on other fronts – coal production, for instance. Also his focus on tackling the discoms’ financial problems and removing transmission bottlenecks are what the doctor ordered, since the issue now is not the old one of supply shortage, but demand shortfall.As for making in India, leading makers of fighter aircraft like Boeing and Saab have said they are willing to re-locate assembly lines to India, so some breakthroughs may well be coming.Groups like Tata and Mahindra, and companies like Bharat Forge and Larsen & Toubro, are being encouraged to get into localising defence production – encouragement that was missing from the last government. [Emphasis mine]New railway locomotive factories are being built, and the solar drive is making headway.

That is an impressive list that supplements some of the substantial decisions that I had plucked from Madan Sabnavis’ article.

To sample her work, check out one of her recent tweets. It is a bit of a pity, then, for the government to go for a cess in the name of ‘Swachh Bharat’. That is old-style governance and economic policy.

Clearly, the government’s initiatives on self-attestation and self-certification are important too. Someone needs to make a start to making India a society of trusting individuals and ‘economic agents’. Otherwise, much of our daily activity will be dedicated not to value creation but to character verification.

The Prime Minister’s personal initiative on the surrender of LPG Cylinders by higher income classes was a good case of leadership. If the results are not commensurate, it is more a reflection of the attitude of the Indian society than that of the government. Hence, the government should not be squeamish about sharing the true achievement on this front.

On the introduction of Aadhaar, it is not widely appreciated that the Unique Identification Card may not have seen the light of the day, had the UPA returned to office. Under UPA II, the Home Ministry was batting for its own National Population Register and its own ID card.

When the government changed, Nandan Nilekani, the former Chairman of UIDAI, met the Prime Minister and got his consent for the adoption of Aadhaar. The rest, as they say, is history.

The government’s timely release of food inventory and the restraint it showed in fixing the Minimum Support Price for agricultural commodities played no small part in the taming of the inflation rate in the last two years. Of course, much remains to be done to bring the rise in cost of living to moderate levels structurally. But, that is a whole different story.

On administrative reforms, this government can look back with satisfaction at few things it has done.

This is what the Prime Minister said in the sixth Delhi Economic Conclave in November 2015:

“I have also instructed that the performance appraisal system for Income-Tax officers be changed. The appraisal should reflect whether or not the officer’s orders and assessments have been upheld on appeal. This will deter corruption and also motivate officers to pass correct orders,” PM Modi said at the 6th Delhi Economic Conclave here. [Link]

That could be a potential game-changer although one would not get that impression from the latest notice sent by the Income-Tax department to Vodafone on a case pending before arbitration.

Then, there was the article in DailyO in June 2015, followed up by another one in ‘India Today’ on how the Modi-government had dismantled the transfer posting industry. Not only that, it had managed to create a mechanism for the best officers to be placed in the jobs for which they had shown the best aptitude. Sample these:

Take the case of Sanjay Chadda, an officer in the Indian Railways. His expertise in economics came to the notice of the Modi government when he was a member of the committee headed by Bibek Debroy on railway reform. Next, he was posted as a joint secretary in the commerce ministry.It is to the great credit of the Modi government and the PMO in particular, that in a short span, it has helped appoint 26 people as general managers and five members of the Railway Board, including the chairman in the most transparent manner which has no parallel in Indian Railways in the past 35 years.

This is from the article in ‘India Today’ in November 2015:

One of the unintended consequences of this new policy has been the end of the primacy of the IAS officers in all posts in Delhi. For the first time in recent years, officers from across central government services are being inducted to posts that were earlier “exclusively reserved” for IAS officers. The 89 non-IAS officers out of the 269 joint secretary-level posts at the Centre are believed to be the highest ever. Indian Revenue Service officer Aniruddha Kumar was appointed joint secretary, power; Indian Forest Service officer Amitabh Gautam was named joint secretary, agriculture; Darshana Momaya Dabral, officer of Indian Posts & Telecommunication Accounts and Finance Service, is now joint secretary and finance adviser, Ministry of Human Resource Development. [Link]

What are the glaring failures?

(1) This government could not cash in on the bonanza from the huge decline in oil price because it had to use the windfall to meet an impossible fiscal consolidation target that it had meekly accepted. When it took office, it started from a fiscal deficit of over six percent of GDP and not 4.1 percent. Hence, the oil price windfall (even a portion of it) could not be passed on but had to be used to shore up public finances. In other words, it failed to take the country into confidence on the fiscal deficit it inherited from the previous government.

(2) More broadly, failure to issue a white paper on the economic legacy inherited from the UPA government. For example, most of the dramatic rise in bank frauds related to advances over Rupees one crore happened in UPA II. Most of today’s Non-Performing Assets (NPA) are of the UPA II vintage. UPA damaged the Indian banking system in two ways. Loans were made to cronies and normal loans became non-performing because it ran the economy to the ground.

(3) Its ‘Indra Dhanush’ project for improving bank governance is unfinished project. Actual and substantive changes in bank management have been too few to be touted as achievements.

(4) Failure to make much headway in the resolution of Non-Performing Assets with the Public Sector Banks.

(5) Failure to put an end to retrospective taxation

(6) Failure to understand the importance of few high-optic issues such as the tax dispute with Vodafone and privatisation of airports, to name two.

(7) Failure to communicate its real achievements – as in administrative reforms, in national skilling mission, in showcasing the work of ordinary folks like Temsutula Imsong.

(9) Prime Minister’s voluble silence in the public space in India, except during election campaigns, resulting in the rise and strengthening of the perception that the government has lost control of its policy agenda.

What is the score-card, on balance?

The final word is better left to Raghuram Rajan, Governor of the Reserve Bank of India:

Macroeconomic stability will be the platform on which we will build the growth that will sustain our country for many years to come, no matter what the world does. Indeed, I am reminded today of the period 1997-2002 when India laboured and reformed with only moderate growth, only to see a decade of high growth after that. [Link]

V. Anantha Nageswaran is the Dean of the IFMR Graduate School of Business (Krea University). He writes for ‘Swarajya’ in his personal capacity.