After Pulwama, Hate-Crime Checkers Need To Re-Examine Their Basics 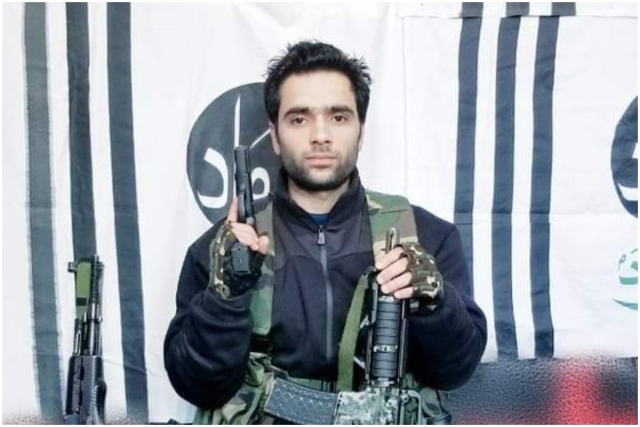 On 14 February, when Jaish-e-Mohammed terrorist Adil Ahmad Dar rammed his explosives-laden vehicle into a CRPF convoy and killed 44 of them, his crime should have completely overturned the hate-crime charts being compiled by some websites.

One such website, which tracks alleged hate crimes, especially cow-related violence inflicted by lynch-mobs, says it has noted 126 such incidents since 2012, which resulted in 46 deaths, a majority of whom were Muslim. Thursday’s attack on the CRPF in Pulwama has hate-crime written all over it, with Dar, in a video released for the occasion, making it clear that he was driven by hatred for “cow piss-drinking” Hindus. He promised that more hate-driven retribution will be coming in future from others who think like him.

But the chances are this self-enunciated hate-crime that killed 44 people in one moment will not find its way into the Indian hate-crimes catalogue. It will be mislabelled by the authorities and the media as another act of terror, and thus unrelated to any community or hate-mongering.

Isn’t it time we stopped labelling some crimes as hate-crimes, and others as something else? Crimes are crimes, and by labelling them as one type or the other, we are more likely to promote conflict and more hate crimes. Why would future Dars not pick on lopsided hate-crime statistics to find new justifications for more such murderous attacks?

The problem with trying to label some crimes as hate crimes is that crime itself gets politicised, and does not get the right attention from the law and order machinery. We are now adding up totals of which community killed how many from another community, and not dealing with the criminality of both. We are also making nonsense of data, by counting absolute numbers instead of normalising the data and comparing apples with apples.

By counting the absolute level of farmer suicides we have arrived at the wrong answers to the problem of farm distress (huge loan waivers, higher MSPs, more subsidies). A long-term study on farmer suicides (1997-2012) suggests that the absolute numbers are large, but the suicide rate is much lower as a proportion of the farming population than the suicide rate for the general population.

We are similarly trying to differentiate between subjectively-labelled hate-crimes from normal crimes, thus ensuring that we will come up with the wrong remedies to the problem of terrorism in Kashmir or vigilante violence.

Hate-crimes are being repeatedly mis-compiled, as documented by Swarajya’s Swati Goel Sharma (read her reports here, here, here), and the flawed statistics being spewed out by this process may, if anything, be fuelling further hatred of those declared victims. This data, through magnification in the international media (see here) compounds the problem of hate generating more hate.

Coming specifically to cow-related hate crime, the current data are extremely misleading for the following reasons.

One, they tend to have more victims from the minority community in part because more of the latter tend to be involved in cow smuggling and slaughter.

Two, vigilante justice is often the norm in lawless rural areas, where the reach of the state is limited. So, whether it is a cow, a goat, chicken, or child-lifting, the public tends to take law into its own hands if it thinks it has caught a criminal red-handed. The remedy lies in improving the state’s capacity to control crime without fear or favour, not by arbitrarily highlighting cow-related crime.

Three, the media plays a part by arbitrarily stringing stray incidents together and making a “trend” out of the same – as was the case with allegations of “church attacks” in 2014-15. The Delhi police investigated them and said that of the six alleged attacks, two were cases of theft, two involved electric short-circuits, and the remaining two involved stone-pelting in clashes near churches, and had absolutely nothing to do with targeting the churches themselves. Around the same time, some 300 temples and 42 mosques were burgled, and/or faced similar incidents like those faced by churches. The media wrongly categorised these incidents and needlessly generated hysteria among the minorities. Again, the issue is inability of the state to ensure law and order.

Four, real hate crimes, like the ethnic cleansing of half a million Kashmiri Pandits by jihadi groups, or the intimidation and targeting of Hindus and other minorities in Pakistan and Bangladesh, are seldom reported as hate crimes.

So, what is the real purpose of the hate-crime databases when they are so seriously flawed?

Hate-crime data, often driven and fanned by hidden agendas, do nothing to actually combat hate crimes. They serve to arm jihadis like Adil Ahmad Dar with the moral justification for more murder and mayhem.