Tablighi Jamaat And Covid-19: Why Does A  Little Known Group With Extreme Views Have So Many Powerful Defenders? 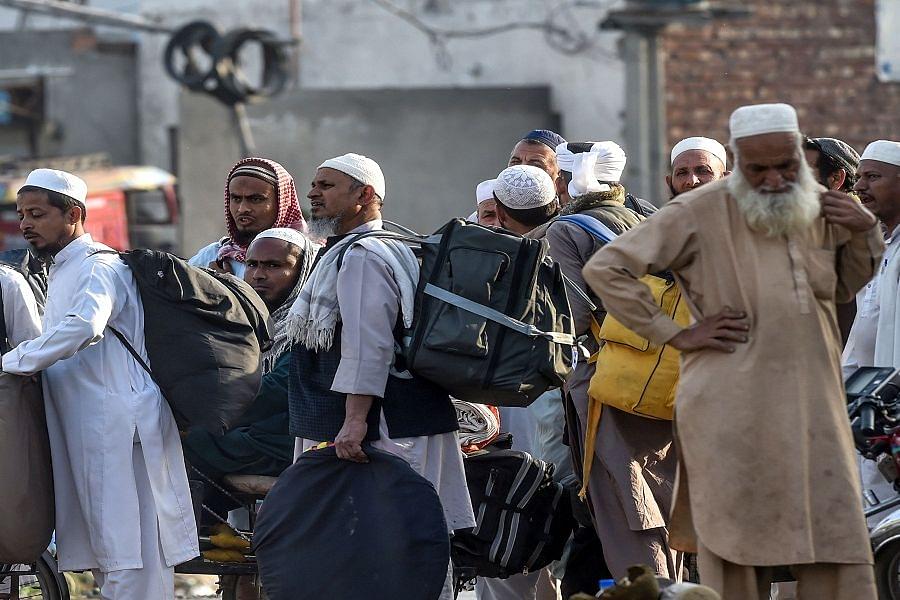 Most of us wouldn’t have heard of Tablighi Jamaat before the super-spreader event at Nizamuddin Markaz in New Delhi.

In the previous four articles (1, 2, 3, 4) of this series, we tried to uncover what Tablighi Jamaat is and how it spread the pandemic not just in India, but all around the world.

Let’s summarise what we know so far about Tablighi Jamaat:

In the fourth part, we showed how the shocking behaviours like spitting, stone-pelting, attacking healthcare workers and policemen is the direct result of a sustained kafir-hate propaganda by the Muslims religious preachers since the beginning of the pandemic.

One would assume that an organisation with such extreme views would be a fringe that no mainstream actors, especially intellectuals, would support.

The reality is just the opposite:

Since we already know the incentive structure that under-grids the intellectual ecosystem, we are not surprised at their bias. Themes like “Indians are Islamophobic” are popular amongst their target audience.

However, the response of the administration is surprising:

And this is when a person has been murdered for criticising the Jamaat, legal notices have been sent to media houses; media persons have been threatened with violence; people have been attacked over informing the administration about possible infection carriers, and Moradabad-like attacks on the police and healthcare personnel.

The catch lies in the modus operandi of the organisation.

The scary part is that an extreme, fundamentalist organisation that one would expect to be a fringe, is actually called the largest Muslim movement in the world with majority of the followers in South Asia.

Born out of the passion of pan-Islamism generated by the Khilafat movement, today, the International Conference of Tablighi Jamaat is purportedly the second largest gathering of Muslims on the planet after hajj.

Saad, who only heads the Nizamuddin Markaz faction of the Tablighi Jamaat, himself has roughly 100 crore followers in 214 countries.

Additionally, not the least due to Saudi Wahhabi funding, the organisation has substantial financial clout. A leader had proudly proclaimed that the organisation brings a lot of foreign exchange to the nation.

This along with the fact that the organisation has grassroots reach, makes it an attractive ally for different political parties.

Tablighi Jamaat’s popularity among the masses, and the long training of the community members that those who impose the lock-down are enemies of the religion, poses a fertile ground for communal violence.

This seems to be a factor behind the subdued response of the administration.

The Jamaat formally declares itself to be “apolitical”. That is, despite sharing the same ideals as the more well-known terrorist groups like al Qaeda or Islamic State, the Jamaat does’t directly vie for political power like them to achieve its goals, say, implementing Shariah law.

It has a different strategy. It is said to have members placed in important positions, from police department, to politicians, to intellectuals. But these members are asked to not broadcast their affiliation with the Jamaat.

Since it maintains a low profile, and doesn’t have open political goals, politicians of all hues are relatively comfortable associating with the Jamaat.

In fact, Jamaat is seen as a good thing, a channel to direct the energies of Muslims who would otherwise be attracted to overtly political Islamist groups, like the Indian Mujahideen.

By strategy, the Jamaat maintains close contacts with all the political parties so that its work can continue irrespective of who is in power.

For example, due its deft handling, Jamaat was able to function freely during Indira Gandhi's time when other similar organisations were banned.

Also, the Jamaat doesn’t believe in publicity using conventional means like the internet.

They are very secretive, closed group and do most of the work off-grid.

One would think that the largest Muslim movement of the world would receive more attention and scrutiny, but this is not the case.

They don’t entertain journalists and other outsiders easily. Photography, video recording etc is banned in the gatherings. This means very few people outside the community know about their working. There is no strict formal membership network.

However, Jamaat seems to have pushed a lot of funding into building a positive image as a reform movement that brings Muslims that have strayed onto the path of crime/worldly indulgences, back to Islam.

It’s also important to point out that another Tablighi Jamaat faction different from the Saad-led one, Tablighi Shura, decided to suspend all its upcoming activities on 6 March.

Zafar Sareshwala, a prominent member of the Tablighi Jamaat, and reportedly a strident supporter and close confidante of Prime Minister Modi, said that he had spoken to both the groups in the first week of March, to stop them from going about with the assemblies.

However, only Shura decided to suspend the events.

Reportedly, the group had dissociated from the Saad-led faction in 2016 allegedly due to Saad’s autocratic ways, though both remain on cordial terms.

The Tablighi-Jamaat-Covid-19 fiasco is not just a case-study into how religious extremism can pose a big challenge in a seemingly unrelated domain — fighting a disease, but also into how radicalisation is a multidimensional, multi-step phenomena.

Instead, the groundwork of inculcating kafir-hatred in the name of religion is done through several mainstream, seemingly apolitical institutions, over a long period of time, as a part of day to day functioning.

Once the hate is imbibed, any crisis, like the coronavirus pandemic, becomes an opportunity to put the ideology into action.

At this point, any criticism of Jamaat, slapping of NSA charges on attackers, etc. is meaningless if we fail to condemn the kafir-hate ideology.

It’s not about one group or one community which many in the media, irrespective of ideological leanings, are trying to portray. Instead, it’s about the kafir-hate ideology, which, in India, may very well have more Hindu defenders than the Muslims.

One lesson from the Tablighi Jamaat-Covid-19 episode is that radicalisation cannot be fought without fighting the kafir-hate ideology — at all the levels, and together.