Why India Missed The Scientific Revolution 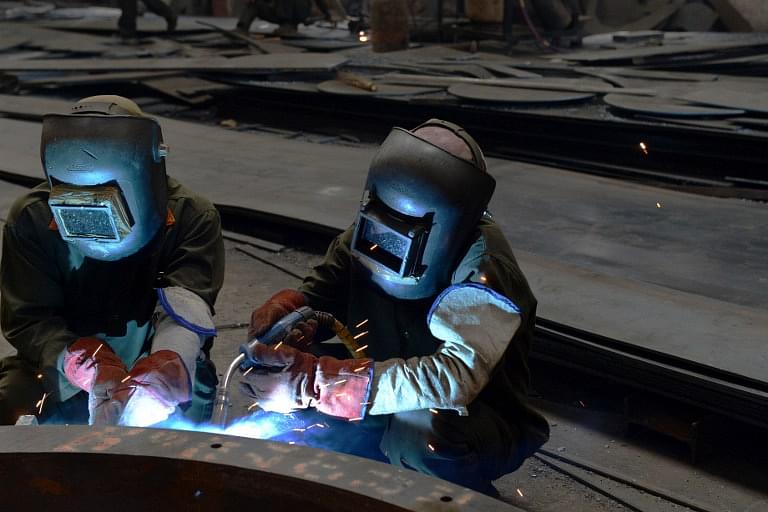 If many Indian sciences and technologies were the most advanced in the pre-modern world, the question arises as to why the scientific revolution and the industrial revolutions took place in Europe and not in India.

In previous columns I have spoken of a few lesser known scientific achievements of ancient India, and there are other great contributions not only in abstract theory but also in empirical sciences (such as medicine and metallurgy). Indians were also good at the design of scientific instruments and mechanical contraptions (yantras) for entertainment as well as use in warfare.

Careful experiments underlie the pharmacology of Āyurveda. India was also very advanced in smelting of metals, casting of huge sculptures, fireworks, and gunpowder. For example, Damascus steel, used for manufacture of the best blades during the Middle Ages, used wootz steel imported from India. India was the first in designing retorts, which could control distillation of a volatile metal such as zinc. In medieval times, zinc was produced in industrial scale.

India is also a land of the most subtle wisdom. In the middle of the last century, the great German historian of art, Heinrich Zimmer, says this in his Philosophies of India:

We of the Occident are about to arrive at a crossroads that was reached by the thinkers of India some seven hundred years before Christ. This is the reason why we become both vexed and stimulated, uneasy yet interested, when confronted with the concepts and images of Oriental wisdom.

But if many Indian sciences and technologies were the most advanced in the pre-modern world, the question arises why the scientific revolution that started in the 17th century, and the industrial revolutions that began two centuries later, took place in Europe and not in India. I think that the vexing and the uneasiness that Zimmer mentions indirectly refers to this question.

One must recognize that science is a social process within a larger ecosystem of which the university is an important part. Originally, the medieval European university was to train the clergy in canonical law, theological discussion, and religious administration. The European discovery of the Americas was one of those unique historical events that brought in tremendous wealth, looted from the Aztecs and the Incas, which made it possible to invest in knowledge for its own sake. Intense competition amongst the colonial nations led to a race to develop superior time-keeping and other instruments for navigation and war.

The study of other fields emerged out of a need to understand colonized nations, their history and culture, and eventually to human sciences. The modern university evolved to train officers to manage Europe’s colonies across the globe and to take care of and operate machines and engines used in factories, on ships, and trains.

India had universities much before Europe, but they were for religious training of Buddhist monks and nuns. For broad sciences, the scholarship was done within families that were patronized by the king or princes. For example, the scientists of the great Kerala School of mathematics and astronomy, that anticipated many results of Newton and Laplace, were mostly related by blood. The School declined with the fall of the Vijayanagara Empire.

I think it is wrong to speak of Nalanda, which was burnt down around 1200, as similar to the modern university. Nalanda was a Buddhist institution devoted primarily to religious subjects. To the best of my knowledge, not one of the great Indian mathematicians or astronomers was Buddhist or associated with one of the many Buddhist universities. Not one in 1500 years!

One can ask if Nalanda had not been destroyed, would it have been able to modernize and compete just like the Russian and the Central European universities caught up with English, Spanish, and Italian universities. My answer is “no” based on how Tibetan or Chinese monasteries, which were never occupied by the colonial powers, have been unable to consider non-religious subjects.

Economists agree that India produced nearly 25 percent of the world’s economic output around 1700 and by the time the British left its share had plummeted to 4 percent. Britain used India to dump its industrial output. In the process, it destroyed India’s banking institutions, and ensured that capital was not available to create factories that would have competed with Britain’s. If one were to accept the proposition that scientific development trails technological development, Britain’s stranglehold over India ensured that the Industrial Revolution did not find a home in India as it did in other lands of Europe.

Britain’s rule of India is one of the worst periods of impoverishment of an entire people. This rule was facilitated by India’s Arms Act of 1878, which gave the British in India the right to carry firearms but prevented Indians from doing so, unless they were granted a license by the colonial government. Writing about it, Mahatma Gandhi said:

Among the many misdeeds of the British rule in India, history will look upon the Act depriving a whole nation of arms as the blackest.

But not all the blame goes to Britain. Indian culture itself internalized certain attitudes that prevented a proper intellectual challenge to the British Rule. In this I would place the privileging of Vedānta over Vaiśeṣika as a contributing factor. Before, I am misunderstood, let me say that each of the six darśanas is an amazing window on reality. But for the sake of harmony, a society must have a proper balance between these perspectives. A society needs balance just like the individual in the balance between the doṣas of Ayurveda. To speak in modern terminology, one needs a balance between the heart and the mind, or yin and yang, or body and spirit.

The six darśanas (complementary views) are like the windows in the magic cube pictured above that helps one intuit the transcendent self. One can imagine oneself in space in this cube where the window in each wall presents a different picture of reality.

There are three sets of paired views. First, atomic perspective on logic (nyāya) and matter (vaiśeṣika); second, analysis and synthesis of creation at the physical (sāṅkhya) and psychological levels (yoga); third, analysis of lived life (mīmāṃsā) and the cosmos (vedānta). Each of these views has its paradoxes that prepares for the intuitive leap to the next insight in the ladder of understanding. Partial understanding obtained from the darśanas may appear contradictory, but that is how one prepares for deeper intuition.

The Vedas stress the need for the balancing of the outer and the inner. Īśa Upaniṣad 9 warns:

Into blind darkness fall those who worship materiality.

Into even greater darkness fall who are absorbed only in the spirit. (IU 9)

It is perfectly fine for any number of people to be charmed by the beauty and the soaring wisdom of Vedanta. But couldn’t one Indian physicist have taken up the study of Vaiśeṣika in the last hundred years, if only for the sake of understanding its history?