Why Would Your MP Work On Job Creation? 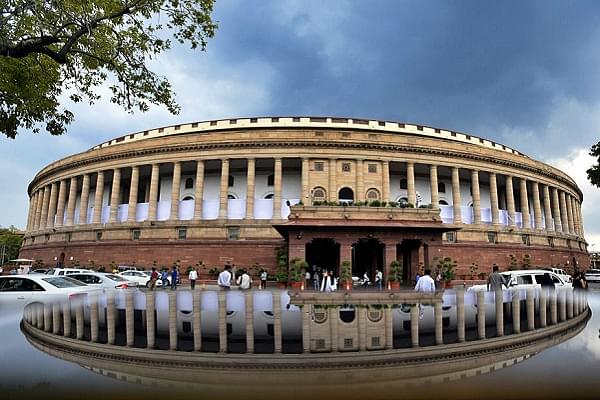 On May 23, 2019, you will have a new Member of Parliament (MP). In the run-up to the elections, all candidates have spoken a lot about job creation. Surveys have also indicated that better employment prospects are on top of mind for all voters. You would expect your MP to work on job creation as soon as he[1] is elected, right?

Wrong. That will not happen and here is why.

Just before the 2014 elections, Mr. Yashwant Sinha, a powerful politician at the time, wrote about the very limited powers of MPs. In a particularly evocative passage, Mr. Sinha wrote how he promised electricity to a village but was unable to deliver for nearly four years. Needing approvals from multiple agencies, he kept moving from one to another and was trapped in a bureaucratic maze. And at the end of four years, the villagers got the job done by illegally connecting to the nearest sub station.

According to the constitution, a Member of Parliament is supposed to make laws, hold the government to account and represent his constituency. He does not have any formal powers over the District Collector, who is in charge of most projects. This limits his ability to do anything constructive for job creation.

For example, he cannot expedite the process of getting the permissions required to start and run restaurants, as they would be mainly under the state and the local government. He cannot even do much about changing central laws as in the Indian system changes in law are initiated by the government, and a MP is legally bound to toe the party line. Deviating from the party line could mean expulsion as well as disqualification as a Member of Parliament. Of course, it would be different if your MP became a minister but not only is that statistically unlikely but also he would need to be in charge of the relevant ministry.

MPs do have some de facto power. Government officers are likely to pay more attention to their requests than they are to requests from people like you or me. Furthermore, the system is at least mildly apprehensive of the rabble-rousing abilities of the MP. It is possible for a MP to use this power to influence the state or the central governments to do something. However, he is unlikely to use this power if his impact is not going to be visible to his constituents and that brings us to our second point.

Most Work Is Invisible To A MP’s Constituents

Let us consider the example of a constituency that is a tourist destination. The MP could spend a lot of time with the tourism ministry in Delhi ensuring that his constituency is marketed well with foreign tourists. However, there is no way that the voters would credit any increase in tourist numbers to the efforts of the MP.

Let us take another example of a MP who wishes to increase factory jobs for his constituents. One way of doing that could be by setting up industrial parks in the state. It may make sense to set up these parks in a few selected districts and not in all. This is because the selected locations could be more connected to the rest of the world, have access to electricity supply and water, and have access to trained labor because of presence of other industrial units.

Surely there are some actions that result in job creation and are visible to the voters? Yes, but there is another problem.

Many Jobs May Go To Immigrants

If you live in Mumbai, talk to a watchman, a vegetable vendor or a waiter. The chances are that this person is an immigrant. This is increasingly true in the other metros in the country too.

Recently, I visited Chennai after almost a decade, and was startled to notice how many North Indians were there in the city. Even in a Sangeetha, a traditional restaurant, only one in eleven waiters could speak Tamil. This harried headwaiter went from table to table and translated orders of the patrons for his subordinates. In another instance, I was stopped by a security guard at the gate of an IT park and my driver tried to explain in Tamil who I was. The guard listened to him in increasing bewilderment and finally turned to me to ask if I spoke Hindi. The expression on the face of my driver was worthy of best of comedy sketches!

I understand that this is true in industrial units too. Especially, in labor intensive sectors such as textile or leather garments. This is because of a preference of both the businessmen and the employees.

The businessmen are wary of employing too many locals as ‘they create trouble.’ Many have told me that they either employ out of state workers or at least people from the next district. On the other hand, many of these jobs are either too low paying and /or of low status for the local populations. My interactions with job seekers suggest that many of them would rather work as a salesperson in an air-conditioned showroom, than as a factory worker or a construction worker. That is why a bulk of construction workers in Kerala comes from other states.

The voters would not credit a MP for creating any jobs that they believe are good only for ‘outsiders.’ So what do the voters actually want the MP to do?

A few months ago I attended a conference organized by PRS. In this conference, many politicians talked about how the expectations of their constituents were very different from what the constitution expected them to do. One prominent BJP politician talked about MBA —  having to attend, Mundan, Barat and Antim Sanskar. Another mentioned that he had to attend more than ten functions a day in the wedding season. The best story however, came from a veteran congress leader.

This leader was invited along with 19 other parliamentarians from different political parties to visit Pakistan. The group was able to get all permissions required after a lot of effort and when he was about to leave, his campaign manager reminded him that he was going to miss the wedding of the campaign manager’s daughter. The leader apologized and told the manager that he wouldn’t have missed the wedding were it not for the fact that no MPs had visited Pakistan for decades and hence, the visit was historic. The manager calmly told him that in the next elections, the leader should seek votes from Pakistan too!

An MP is much better served getting exposure all across his constituency rather than working on a project that could increase jobs in the medium term, but is invisible. He can get exposure by agitating for the rights of particular communities, liaising with government departments on behalf of voters or just by being visible everywhere.

Even if it is in a politician’s interest to attend weddings rather than work on job creation, shouldn’t some of them work against their own self-interest. Not really.

The First Priority Of A Politician…

A few years back I read this statement, “The first priority of a politician is to get elected. His second priority is to get reelected.”[2] This is a very crucial insight although it seems obvious. You don’t see politicians who do not care to get elected because well, they don’t get elected and hence drop out of public attention.

It is like the Darwinian theory of evolution. The organisms that were not fit for today’s environment went extinct and in a similar way the politician that does not care to win does not remain a politician. Of course, there are exceptions to this rule. Dynastic politicians are able to survive for a few terms even when their will to win is not strong. However, if a dynastic politician manages to survive for more than a few terms, you can bet that he is clear about his priorities.

Job creation is a complex process that requires governments  —  central, state and local  —  to work with businesses and with people. Your MP would be a very small part of the process and that too if you are lucky.

[2] I don’t remember where I read this statement and hence cannot attribute it properly. Please do comment if you happen to know who first made it. Also, this statement is from memory and hence I might be paraphrasing it quite a bit.

Update: Thanks to reader Balasubramanian Srinivasan for pointing out that the quote is from Thomas Sowell and the actual quote is, “”No one will really understand politics until they understand that politicians are not trying to solve our problems. They are trying to solve their own problems  —  of which getting elected and re-elected are No.1 and No.2. Whatever is No. 3 is far behind”.

(Yogesh Upadhyaya is the Founder of AskHow India. Views are personal)