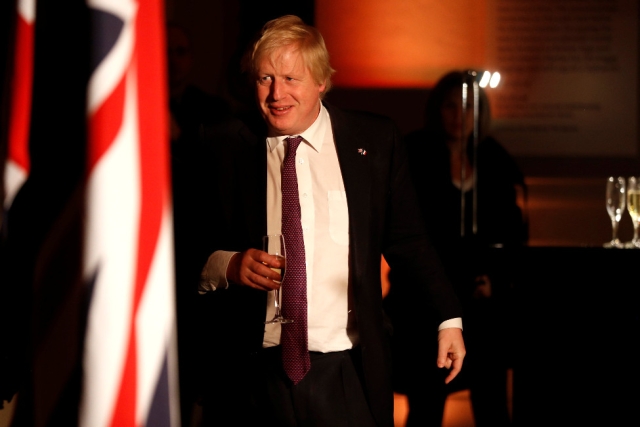 The former foreign secretary has so far defiantly refused to apologise despite being ordered to do so by the Conservative party chairman, Brandon Lewis.

Johnson had said that the outfit was "ridiculous" and "weird". However, he had added that he was not advocating a ban in Britain on the full-face veil and gown donned by many Muslim women.

The Prime Minister has said that she agrees with the party chief’s demand that Johnson apologise for his remarks, which has caused outrage in the Muslim community.

May also requested people to exercise caution in language when discussing issues such as sartorial choices of women, especially on sensitive issues like wearing burqas.

On being asked if Johnson should lose the party membership in case he does not apologise, May refused to respond directly.

“I am very clear and the government is very clear about our position on the issue of the burqa, which is that women should be able to choose how to dress. It’s up to a woman to decide how to dress, it’s not up to other people to tell a woman how to dress. It’s right that we have discussion about issues like this, but in doing that we all have to be very careful about the language and the terms we use. Some terms Boris used in describing people’s appearance obviously have offended people, and so I agree with Lewis,” she was quoted as saying.

Johnson, who is increasingly viewed as someone who could mount a leadership challenge to the beleaguered Prime Minister, is reportedly of the view that the party diktat is as an attempt to shut down public debate on a difficult issue that should be tackled head-on.

According to a source close to Johnson, quoted by The Express, the former foreign secretary believes that “we must not fall into the trap of shutting down the debate on difficult issues”.

“We have to call it out. If we fail to speak up for liberal values then we are simply yielding ground to reactionaries and extremists,” Johnson was also quoted as saying.