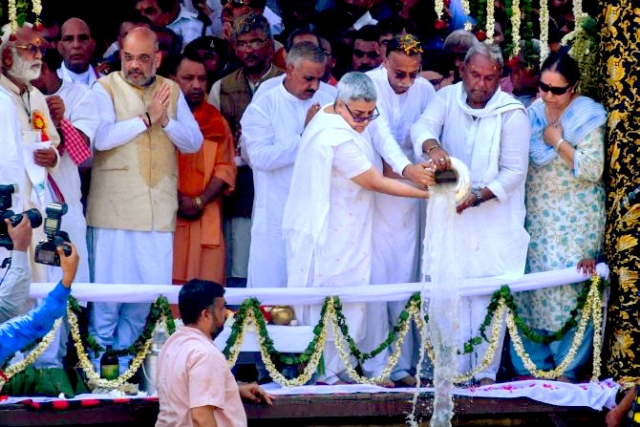 His ashes will be immersed in various rivers across the country.

Vajpayee’s son-in-law Ranjan Bhattacharya carried the urn through the narrow two kilometer stretch which the family and BJP representatives covered to reach the stage at Har ki Pauri from Bhalla College ground in the town. People had gathered on rooftops and both sides of the ghat to witness the ceremony.

The 93-year-old, who served as India's 10th prime minister, had passed away on Thursday. He was admitted to the hospital on 11 June with chest congestion and urinary tract infection. When he was admitted to the hospital, doctors had described the visit as a routine check-up. Vajpayee had diabetes and had only one functional kidney. He suffered a stroke in the year 2009. It weakened his cognitive abilities, and he subsequently developed dementia.

Elected prime minister thrice between 1996 and 1999, Vajpayee was the only non-Congress prime minister to complete the full term of five years. At the end of his term in 2004, India's gross domestic product growth was inching towards double digits, inflation was under control and ‘India was shining’.