US Senator Elizabeth Warren Mocked By Trump As ‘Pocahontas’, Gives ‘Proof’ Of Her Native American Heritage 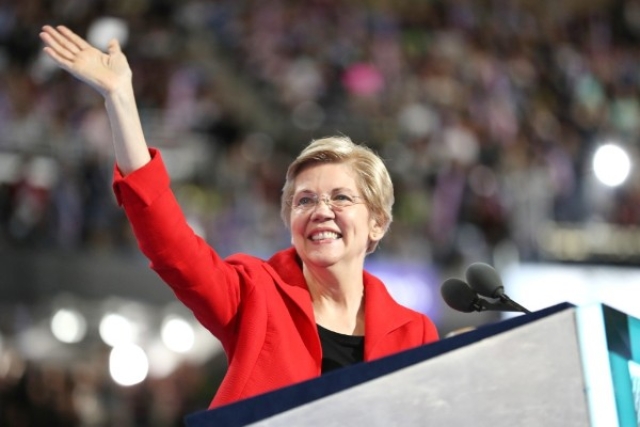 US Senator from Massachusetts, Elizabeth Warren on Monday (15 October) released the results of a DNA test which according to her was “strong evidence of her Native American ancestry.

The analysis of tests suggested she is descended from an American Indian between six to ten generations ago, making her between 1/64th and 1/1024th Native American. Warren has long claimed that her great-great-great-grandmother O C Sarah Smith was part Native American, Boston Globe reported.

Warren who is viewed as a possible Democratic party nominee for 2020 presidential elections appeared in a sleek campaign-style video promoting the test’s results. The analysis of Warren’s DNA was done by Carlos D Bustamante, a Stanford University professor and expert in the field. She also called U.S President Donald Trump as a liar for denying her ancestry.

By the way, @realDonaldTrump: Remember saying on 7/5 that youâd give $1M to a charity of my choice if my DNA showed Native American ancestry? I remember â and here's the verdict. Please send the check to the National Indigenous Womenâs Resource Center: https://t.co/I6YQ9hf7Tv pic.twitter.com/J4gBamaeeo

Warren's claim to part Native American ancestry invited ridicule from many Republicans. President Trump even mockingly nicknamed her “Pocahontas” during the run-up to the 2016 presidential election.

She listed herself as Native American on a legal directory reviewed by deans and hiring committees. Both in the University of Pennsylvania and Harvard Law School where Warren was an academic, she is listed as a minority faculty member. Harvard Law School even pitched her as the school’s first tenured “woman of colour”.

The DNA test, however, did not end the controversy. Her critics continue to maintain that she misled employers, students, and the public about her Native American heritage for years. For an extended period of time - at a key point in her professional life - Warren identified herself as a Native American woman.