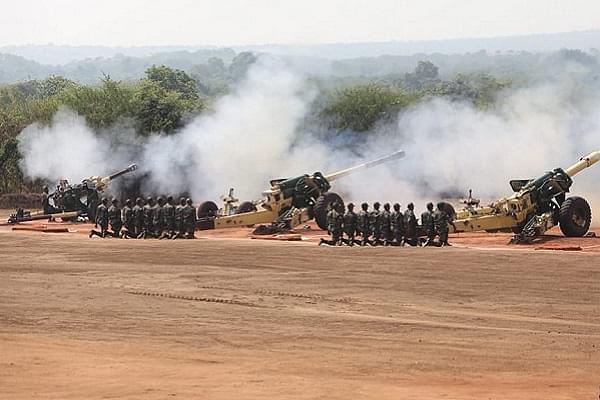 This artillery acquisition dates back to the Field Artillery Rationalisation Plan of 1999 which set an objective to acquire 3,000 modern artillery systems to equip 220 artillery regiments by 2027. Subsequently a contract for the acquisition of 145 M777s and 100 K9s was given in the past few years.

A video of the artillery in action was shared by Livefist on Twitter:

As reported here, the induction of M777s and V9s will provide the Army with immediate relief. And with three indigenous initiatives also making progress, India seems well on its way to plug the critical gaps in the Army’s firepower.

Also Read: All You Should Know About The New Artillery Inducted By Indian Army Today