A Great Blunder Of A ‘Great Soul’: A Hundred Years Of The Khilafat Movement 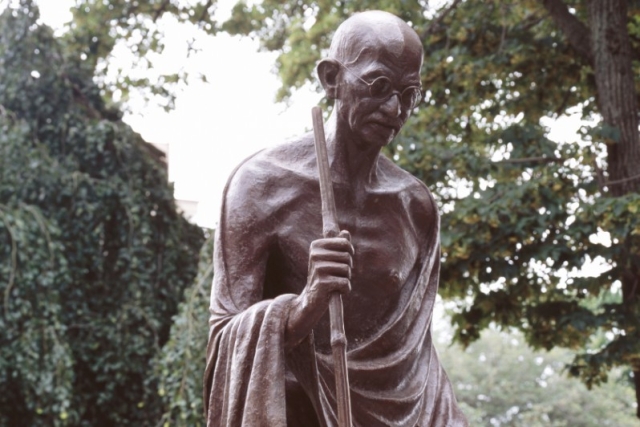 2019 marks the centenary of the Khilafat movement. A pan-Islamist movement that was launched to lend support to the Ottoman Empire post World War 1, it is often hailed by some historians as a watershed moment in the Indian freedom struggle. In the immediate aftermath of World War 1, the Ottoman Empire was dismembered and the seat of the Khalifa, the spiritual head of the Islamic Caliphate, was abolished.

Outraged at the severe sanctions placed on what was then the “fountainhead of Sunni Islam”, Indian Muslims rose in protest against the British. The All India Khilafat Committee was formed at Lucknow in 1919 under the leadership of the Ali Brothers, Maulana Abdul Kalam Azad, Hasrat Mohani and other notable Muslim leaders. The primary objective was to tap into the resentment of Indian Muslims and rally them into a pan-Indian agitation against the British Empire. The main demands of the committee were:

• Reinstatement of the caliph with sufficient territories under his control

• The Jazirat-ul-Arab, which included the Arabian Peninsula, Syria, Iraq and Palestine be placed under the caliph.

Sensing a “golden opportunity to unite Hindus and Muslims”, Mahatma Gandhi decided to use the Khilafat question as a platform to launch a movement of non-cooperation against the British. Rallying the Congress behind him, Gandhi declared that the Khilafat question took precedence over Jallianwala Bagh and other constitutional demands.

Over the next 2-3 years, the Congress led a nationwide movement of civil disobedience and non-cooperation. But by 1923, the Khilafat cause died a natural death as Mustafa Kemal Ataturk abolished the Ottoman Empire and established a secular Turkish republic.

Leftist historians view the Khilafat movement rather favourably. Bipan Chandra argues that the movement brought urban Muslims into the nationalist movement and there was nothing wrong in taking up a demand that affected Muslims only. Irfan Habib says that it was necessary to support Turkey in order to fight European imperialism.

But none of them have ever described the Khilafat movement for what it truly was – an agitation which backed one of the worst genocidal regimes in the history of human kind and a movement which reinforced the religious identity of the Indian Muslim.

History textbooks in India examine the Jewish holocaust in detail. However, very few of our school- going children would be aware of the Armenian genocide. Between 1915 and 1916, the Ottoman Empire systematically exterminated more than 1.5 million Armenian Christians, a majority of them its own citizens.

The genocide was in response to the rise of Armenian nationalism under the Ottoman Empire. The campaign against the Armenians was characterised by the murder of Armenian intellectuals, deportation of the Armenian population to concentration camps and their subsequent murder, mass burnings of entire villages, death marches of children and women into the Syrian desert and mass rapes.

The Ottoman government was aided by Teşkilât-ı Mahsusa, an auxiliary force analogous to the SS and Turkish civilians in the extermination of the Armenian population. Raphael Lemkin, who coined the term “genocide”, often cited his exposure to the anti-Armenian pogrom as key to forming his beliefs about the need for legal protection of groups. It was an event that rivals the Jewish holocaust on the scale of human depravity.

Both Mahatma Gandhi and the Indian National Congress turned a blind eye to the ethnic cleansing perpetrated by the Ottoman Empire. Gandhi, instead, chose to take a stand against “the injustices inflicted on Turkey” at the end of World War 1. Gandhi never publicly acknowledged the genocide and neither has the Congress. Ironically, even Hitler condemned “the annihilation of the Armenians”.

The morality of the decision to openly back a fundamentalist and genocidal regime was lost on the Father of the Nation. Gandhi vitiated the secular fabric of the struggle for Swaraj by subverting it for an orthodox Islamic movement. He foisted upon the Muslims the theocratic orthodoxy of the Maulvis. What makes it worse is the fact that even Jinnah highlighted the perils of supporting the Khilafat issue and declared the movement an outcome of blind religious fervour.

Gandhi’s unstinted support for the Khilafat spawned the Moplah riots in Kerala in 1921.The Moplahs or the Mapillas were a community of Muslim peasants in Malabar. Their lineage could be traced to Hindus who were forcibly converted to Islam by Tipu Sultan during his siege of Malabar. The Khilafat issue evoked passionate sentiments amongst the Moplahs and they eventually took up arms against the British.

Given the communal nature of the movement, it was only a matter of time before the Moplahs directed their violence against other religious communities in Malabar. Hundreds of Hindu landlords were murdered, Hindu and Christian homes were targeted and several temples were destroyed beyond salvation. The violence and savagery of the Moplahs was unprecedented. Despite the rabidly communal nature of the Moplah violence, Gandhi continued to back the Khilafat movement.

It is overwhelmingly clear that the Khilafat movement’s foundations lay in Sunni orthodoxy. It is a matter of historical shame that a prominent section of Indian polity openly supported a fundamentalist regime that butchered millions. Mahatma Gandhi repeatedly stated during the initial stages of the Khilafat agitation that “such an opportunity to unite the Hindus and the Mohameddans would not arise in a hundred years”.

Our history textbooks whitewash the entire movement and with it, Gandhi’s role. To this day, the Indian National Congress’ stance vis-à-vis the Khilafat movement has not changed. It continues to regard it as a “landmark movement” that forged Hindu-Muslim unity during the freedom struggle. Perhaps, it is time we acknowledged that it was one of Gandhi’s greatest blunders.