A Year Ago, Saleem’s Decision To Become Hindu Threw His Life In Disarray. This Is How He Got Back On Track 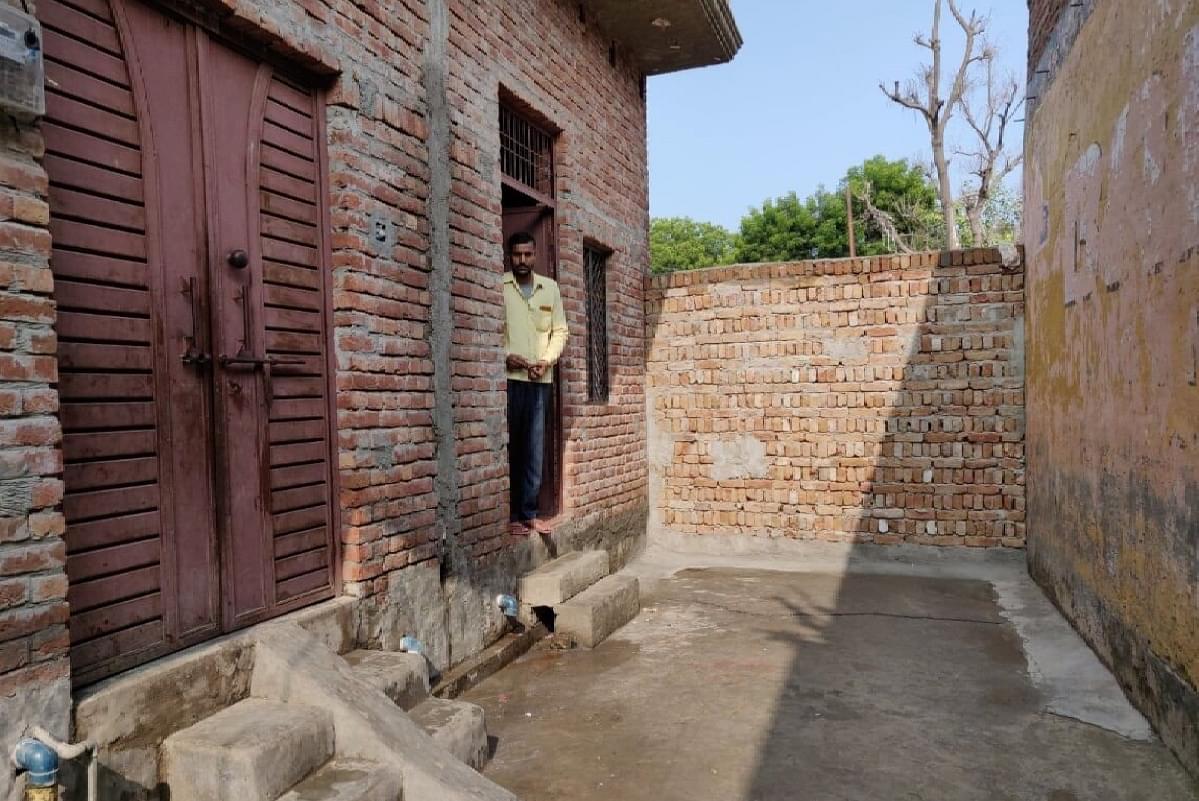 The shrill rhetoric and propaganda by legacy media that India is turning into an increasingly Hindu-majoritarian country with people of other faiths getting systematically subordinated, is distant from the ground truth.

The struggles faced by Uttar Pradesh resident Susheel, who converted from Islam to Hinduism a year ago, suggests reality is quite contrary.

Susheel’s story was covered in two parts by this correspondent here and here.

A native of Muzaffarnagar district, he was only eight-years-old when both his parents died. He was picked up from streets by a Muslim truck owner. Mohammad Sabdar took him in as an assistant, but not before declaring to him that he would be Saleem from now on. Sabdar also got him circumcised as an Islamic ritual.

When Saleem turned 15, Sabdar arranged his nikah with a Muslim family from Jharkhand. As Saleem grew independent after marriage, he stopped working for Sabdar who, he says never paid him a salary and exploited him in lieu of three meals a day.

Saleem took up work as a truck driver for a man from Punjabi Hindu community in Shamli district near Muzaffarnagar. Over the years, Saleem managed to buy a small house in Shamli, with “generous help” from his new employer.

In November 2019, when Saleem turned 31, he gave an affidavit in local court that he, along with his family of wife and five children, was adopting Hinduism. This was leaked in the local media and, eventually, became national news.

When this correspondent visited him that month at his house in Shamli, he said that he was named Susheel as a child by his parents. His wife said that she had no objections to the decision and she would continue to worship Allah as per her own religious beliefs. Sushil smiled and nodded.

The couple revealed that their house had been attacked recently. They said that the Muslim family living next-door had abused Susheel for his decision, and had called up several Muslim men from the neighbourhood to attack his house. The couple showed a complaint letter given by them to the local Shamli police. They said that the police however had done nothing more than visit their locality once.

The real trouble began in December when Susheel’s father-in-law Mohammed Israel learnt of the matter and visited his house. He spent several days with the family, trying to convince Susheel of reverting his decision.

He would tell me that I would burn in dojakh ki aag [eternal hellfire]. He said that’s the punishment prescribed for anybody leaving Islam. He told me the entire family would have to bear the consequences for my ill-thought decision,” Susheel told this correspondent that time.

While Susheel was firm on his decision, his wife Wajida did a rethinking. Israel, as per Susheel, managed to convince Wajida against living with a Hindu man. When Susheel went away from home for a multi-day work tour to Jaipur, Israel took away Wajida and their five children to Jharkhand.

When Susheel returned home, he submitted a complaint to the local police and immediately left for Jharkhand. There, Israel told him that Susheel must convert to Islam again and even attend a 40-day Iztema (religious congregation) of Tablighi Jamaat as penance.

Tablighi Jamaat is a global proselytizing movement that started in Mewat in 1926 and emphasises on bringing more and more people towards the medieval Islamic lifestyle.

On 16 January, this correspondent received a video from him on Whatsapp. In the self-recorded clip, Susheel said that he could die any moment as he did not have the will to live anymore.

This correspondent immediately called up Susheel and advised him against taking the extreme step. Susheel, who said he was at the Ramgarh Cantonment railway station then, agreed to the suggestion that he should return to UP for the time being.

After his return, he gave another complaint to the Shamli police station. In the letter, dated 23 January, 2020, Susheel said that his in-laws are not only pressuring him to convert to Islam, but also demanding Rs 1 lakh in cash from him. The family is threatening to kill his children by poisoning them if he did not give the amount. His children are being taught bad things in Jharkhand.

The police however did not act on the complaint.

It’s been a year since these developments.

This correspondent met Susheel this week. He says he is doing well, and his wife and children are with him. The family doesn’t live in Shamli anymore, as fear of his father-in-law against taking his children away looms on him, along with the fear of getting attacked by neighbours.

This correspondent won’t disclose Susheel’ current location due to his safety concerns.

Susheel says that a social organisation called Agniveer approached him last year after learning of his case in Swarajya. On their advice, he went to Jharkhand again, verbally agreed to his father-in-law’s conditions, and brought back his wife and children. Within a month, he changed his residence. A fallout of it was that he had to leave his job as a truck driver.

He learnt how to drive a car, and got a job as a driver at Agniveer. Among his five children, only two (both girls) are school-going while the rest are too young. With help from the organisation, the girls were admitted to a residential Gurukul.

The lockdown from March onwards, however, brought financial troubles. During that time, he was supported by the organisation itself.

Now that lockdown and its effects are largely over, Susheel has restarted work. He is also getting his name changed on important documents, including his house papers. He says he plans to sell off the Shamli house as there is “no other option”.

His wife Wajida talked to this correspondent over the phone. She said that she was satisfied with how things stand. “It was only my father [who had objections]. My sisters continue to talk to me as before. One of them even visited me recently,” she said.

Wajida said she does not talk to her father anymore and, even if he learns of her address through her sisters, he is unlikely to come again.

Wajida said that though the affidavit by her husband in magistrate court said that the entire family had converted, she, “in her heart” never did.

“It was only a change of names. Our children have new names now. You know, Hindu names. And that is fine with me. I was anyway called Rinky at home, so there is no difference,” she said.