Crony Capitalism Has Won: Perversity In The ‘Not Guilty’ Verdict Of The 2G Scam 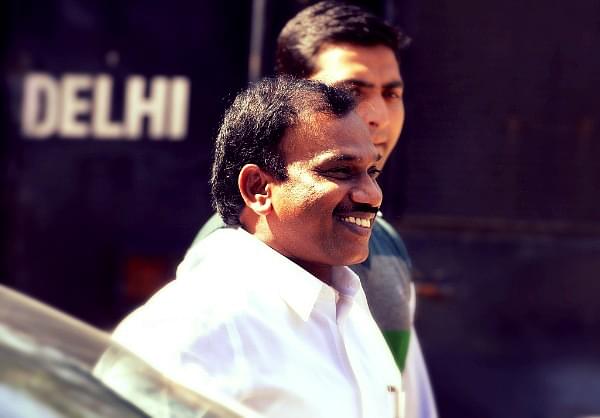 On 2 February 2012, a two-judge bench of the Supreme Court comprising Justices A K Ganguly and G S Singhvi, cancelled 122 telecom licences given out by Andimuthu Raja, Communications Minister in the United Progressive Alliance (UPA) government, on grounds of illegality and “arbitrary exercise of power”. Today (21 December 2017), Special CBI Judge O P Saini, by holding that no politician, bureaucrat or businessman is guilty in the 2G scam case, essentially decided that no one will pay the price for illegality, thanks to the Central Bureau of Investigation’s (CBI’s) inability to find foolproof evidence.

Among other things, the Supreme Court bench had said that spectrum was a natural resource, whose ownership was “vested with the government as a matter of trust in the name of the people of India, and it is the solemn duty of the state to protect the national interest, and natural resources must always be used in the interests of the country and not private interests.”

Judge Saini has now decided that illegal allocations are themselves not enough to prove that those who executed the illegalities are guilty of anything.

Put simply, the implications of the two separate judgments, when put together, are the following.

Second, “arbitrary” and “illegal” allocations of natural resources may only mean that the beneficiaries will pay a price for it, but not those who facilitated this arbitrariness. In the 2G scam, corporates lost money, but no politician or bureaucrat who played a part in ensuring this will pay a price.

Third, if the legal infirmities of an executive decision are not accompanied by an illegal financial gain for the same persons, there is no case for prosecuting anyone who ended up losing money for the exchequer. The distinction between errors of judgment and arbitrary decisions has been erased.

Put simply, the Saini judgment has just pulled the rug from under India’s best-known case of cronyism involving several politicians, bureaucrats and businessmen. Apart from Raja and M K Kanimozhi, daughter of M Karunanidhi, and P Chidambaram, who himself faced a case seeking to include him against the accused in 2012, two bureaucrats who worked under Raja in the communications ministry, and no less than 15 businessmen and executives were among the accused for various crimes of commission or omission. The same Judge O P Saini quashed the case against Chidambaram in 2012.

Not one has been convicted of anything, thanks to the CBI’s poor record of building up a foolproof case against any of them. The Special Judge verdict effectively says that a crime is not a crime if you cannot prove the money nexus.

It is interesting that the judge came to this conclusion even though we know that Raja arbitrarily changed the cutoff dates for licences from 10 October 2007 to 1 October, which eliminated 408 applicants, and then announced that those who reached the office first with their cheques would get licences. He has not even been held guilty for arbitrariness in the exercise of his powers, resulting in perverse outcomes.

It is equally interesting that Kanimozhi’s company, Kalaignar TV, which received Rs 200 crore indirectly from DB Realty and Swan Telecom, allegedly as quid pro quo for telecom licence and spectrum allotments, gets no taint whatsoever, since no direct link between the payment and the spectrum allotment has been proved.

Also noteworthy is the fact that both the then prime minister Manmohan Singh and his finance minister P Chidambaram were dead against Raja’s method of allotting spectrum on a first-come-first-served basis, and that too at a price determined in 2001. Both let Raja do his own thing.

In fact, when Raja went ahead and allotted the licences in January 2008, Manmohan Singh’s office specifically made it known to the telecom ministry that the Prime Minister’s Office (PMO) must be kept “at arm’s length” from this decision. Today, Manmohan Singh claims the 2G scam was mere “propaganda” by the Bharatiya Janata Party (BJP), but would the PMO have sent the January 2008 note if Singh thought all was kosher with Raja’s allotments?

On 15 January 2008, Chidambaram also sent in a note to the PMO, indirectly suggesting that what had happened was not justifiable. Chidambaram’s ‘Note on spectrum charges’ to the PMO said that the “past may be treated as a closed chapter...” (meaning the Raja chapter should be closed), and in future the auction method should be adopted, since this method “will face the least legal challenge.” In short, Chidambaram knew that Raja’s auction, which used questionable and arbitrary methods for allotting spectrum, could well be of doubtful legality. But he still went along with it.

Worse, from Manmohan Singh’s and Chidambaram’s points of view, was another note, this time emanating from Pranab Mukherjee’s finance ministry in March 2011, which indirectly suggested that Raja’s allocations could have been cancelled by them if they so wanted.

In a note by PGS Rao, deputy director in the Infrastructure and Investment Division of the Department of Economic Affairs, which was apparently seen by Mukherjee, the PMO was informed of the facts of the case, with specific reference to Chidambaram’s failure to talk about revising the entry fee in his 15 January ‘Note on spectrum charges.” Rao’s note says that even though a Telecom Commission meeting on the issue was scheduled on 15 January, “no response, however, was sent by DEA (department of economic affairs) to DoT... Finally, a note was sent by the then finance minister (Chidambaram) to the Prime Minister on 15 January 2008... The note of the finance minister did not deal with the need, if any, to revise entry fee or the rate of revenue share.”

In short, Mukherjee’s ministry official was saying that Chidambaram did not make any effort to revise spectrum fees even though the Telecom Commission – the highest policy-making body for telecom – was to meet on the day he sent his note to the PMO saying Raja’s allocations can be a “closed chapter.”

The roots of a massive scam with no culprits can be traced to a fateful decision during UPA-1, when Manmohan Singh ceded the cabinet’s right to make telecom policies to the communications ministry. This abdication of collective responsibility began under Raja’s predecessor Dayanidhi Maran, and Raja merely used this same autonomy to put his own stamp on arbitrary decision-making, with both the PM and the finance minister rendered impotent to stop Raja.

On 23 February 2006, the UPA constituted a Group of Ministers with the defence, home, finance, parliamentary and communications ministers as members to look into usage of spectrum and how it should be priced in future.

But five days later, Maran got this rescinded, recalling that the PM had agreed to give him primacy in telecom policy. The Maran note to the then PM said:

“You may recall my meeting with you on 1st February 2006 when we had inter-alia discussed the issue of the Group of Ministers relating to the vacation of spectrum by Defence. You had kindly assured me that the Terms of Reference of the GoM would be drawn up exactly the way we wanted, which was to focus only on the issue of vacation of spectrum. I am, however, surprised to note that the GoM as constituted has much wider Terms of Reference, some of which I feel impinge upon the work normally to be carried out by the ministry itself. I shall be grateful if you could kindly instruct the concerned to modify the Terms of References suggested by us which are enclosed.”

The PM obviously agreed to give way to Maran, and then had second thoughts, but Maran held him to his promise and got complete autonomy on telecom spectrum pricing. Raja benefited from this licence to do what we wanted on spectrum policy, and neither Manmohan Singh nor Chidambaram could do anything about it. Quite possibly, “coalition dharma”, then presided over by Sonia Gandhi, meant perpetuating spectrum policy adharma.

The real story of the 2G scam can thus be told in one line: it was a scam that Manmohan and Chidambaram knew about, but were too impotent to prevent. Raja, during the trial, went to town claiming that there was no conspiracy, since at every stage the PM and the FM were kept in the loop.

Another depressing conclusion is this: when too many powerful interests are involved – from top politicians to bureaucrats to big businessmen – the courts demand a higher standard of proof to quash wrongdoing.