Panchayat Polls: Bid To Browbeat Opposition Is Blowing Up In Trinamool’s Face 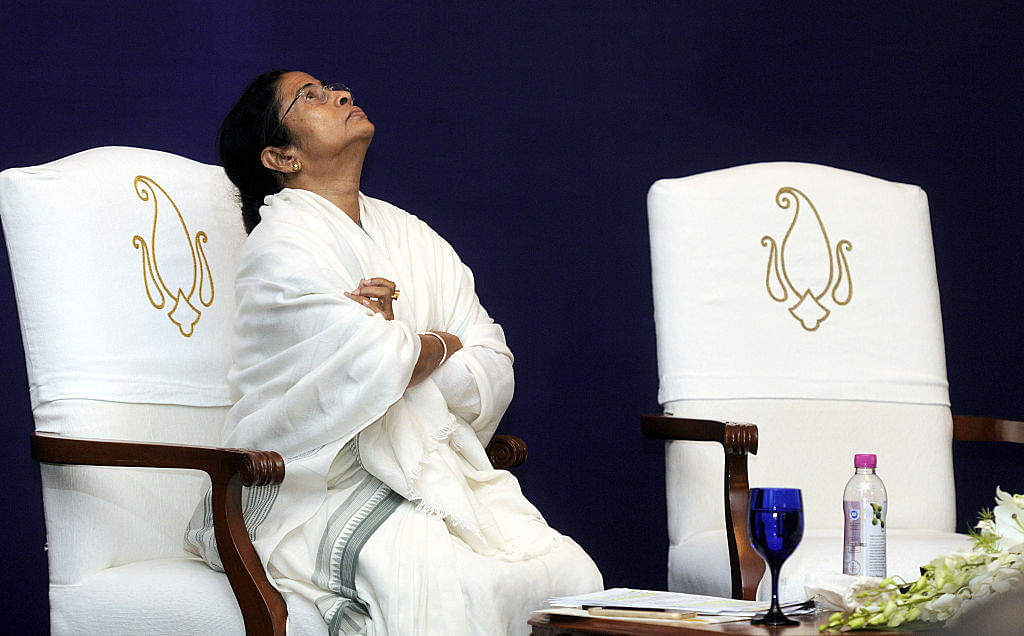 Bengal has been no stranger to political violence. It has been part of the state’s politics ever since the reign of Siddhartha Shankar Ray in the early 1970s. While the communists institutionalised violence and adopted it as a tactic to silence opposition, the Trinamool Congress has made more blatant and intensive use of it after coming to power in 2011. Elections to rural bodies in the state have been worst affected by political violence indulged in by the ruling parties since the late 1970s.

Preventing opposition candidates from filing nominations for the panchayat polls through threats, intimidation and physical violence has been a recurring feature in Bengal. Many of the seats in the three-tier panchayati raj system have always been won uncontested by candidates fielded by the ruling party. Bengal’s State Election Commission (SEC), which conducts the rural polls, was reduced by the communists to a toothless body, bowing to the will of the ruling dispensation.

But this time, intimidation of opposition candidates and violence let loose to prevent them from filing their nominations have been acute. Though it was widely predicted that the run-up to the rural polls would be marked by violence, the scale of the violence and the brazenness of Trinamool Congress goons in beating up opposition candidates, even women, in full public view, has stunned everyone. Violence was reported from all parts of the state and Trinamool cadres made attempts to stop every opposition candidate from filing nomination to each of the 3,358 gram panchayats, 341 panchayat samitis and 20 zilla parishads. As a result, at the end of the last day of nominations (9 April), more than 13,000 gram panchayat seats across the state went uncontested. This represented nearly a 2.5 time increase in the number of seats uncontested by the opposition as compared with the last rural polls in 2013.

Most of the uncontested seats – where intimidation and violence against opposition has been most intense – are in the districts of South 24 Parganas, Bankura, East Bardhaman, Murshidabad and Birbhum. Murshidabad, once a bastion of the Congress, has the highest number of gram panchayat (GP) seats (1,896) with single nominations (in 2013, only 17 GP seats went uncontested).

“There is a reason for this. Murshidabad has been the stronghold of (state Congress president) Adhir Chowdhury, who has been a vocal critic of Bengal Chief Minister Mamata Banerjee. So, Banerjee wants to teach him and the Congress a lesson in Murshidabad,” said Congress leader Suranjit Deb. In East Bardhaman, of the 3,234 GP seats, the opposition could not file nominations for 1,682 seats, while in South 24 Parganas district, the opposition was prevented from filing nominations to 1,482 of the 4,883 GP seats. In Bankura district, of the 2,505 GP seats, 1,443 seats don’t have any opposition candidates. Not a single district in the state has uncontested GP seats.

Even in the seats where the opposition has fielded candidates, they are being threatened and prevented from campaigning. Local newspapers have been carrying reports every day of many opposition candidates being forced to withdraw and of being threatened with dire consequences if they dare to campaign. The most glaring instance is that of the sole opposition candidate – the BJP’s Chitralekha Roy – to the 42-member zilla parishad in Birbhum district being forced to back out. She held a press conference announcing her withdrawal in, significantly, the presence of the Trinamool’s strongman in Birbhum, Anubrata Mondal.

“This sort of intimidation is happening all over the state. Our candidates are being asked to withdraw and are being warned against campaigning. We shall demand the deployment of Central paramilitary forces and that the entire poll process be overseen by an independent body,” said state BJP president Dilip Ghosh. CPI(M)’s Sujan Chakraborty and the Congress’ Abdul Mannan level similar allegations.

The Trinamool denies all these allegations. “The opposition parties are so weak that they have not succeeded in getting candidates for all the seats. That is not our fault. There have been no intimidation and the entire process has been peaceful. The violence that occurred was either factional clashes within the opposition parties or because the BJP got hired goons from outside the state to create trouble,” said senior Trinamool leader Partha Chatterjee.

Mamata Banerjee has said that the opposition has challenged the election process in the court in order to hide their own shortcomings and weaknesses. “They are weak and so they are doing all this. But the people of Bengal will give them a fitting reply through the ballot,” she said.

The reason for the unprecedented violence and large scale intimidation by the Trinamool cadres this time is Mamata Banerjee's ambition, says political commentator Shibdas Banerjee. “Mamata Banerjee wants to show that she is the undisputed ruler of Bengal and can easily win a huge chunk of the 42 Lok Sabha seats next year. She is jockeying for a lead role in national politics and feels that if she can demonstrate a landslide win in the panchayat polls, her position as a non-BJP, non-Congress leader will get strengthened.

As per her calculations, 2019 will throw up a hung Parliament with no party or alliance winning a majority and, thus, the Third Front that she dreams of cobbling together can play a pivotal role at the national stage. She feels that as leader of such a front, with Congress support, she can even become the prime minister. That is why she wants to take it all in the panchayat polls. It is also important for her to demonstrate to other PM hopefuls that she has successfully contained the growth of the BJP in Bengal,” said Shibdas Banerjee.

But even the best laid out plans can go wrong, as the Trinamool chief may perhaps be realising and rueing now. The BJP in Bengal is no pushover and has taken the Trinamool Congress head on by mounting a tough legal challenge that could see the poll process delayed. While in the past the opposition has always bowed to the ruling party’s intimidation and beaten a retreat, the BJP has not taken the Trinamool’s aggression lying down. “We decided to complain to the Calcutta High Court and the Supreme Court about our candidates being prevented from filing nominations even as many advised against it citing past instances when the apex court had refused to stay poll processes in some states. We also told our party activists to resist the Trinamool goons and they did so successfully in some places. But the Trinamool cadres were supported by the police and hence we couldn’t do anything much ultimately,” said state BJP president Dilip Ghosh.

It was only after the BJP mounted a legal challenge that the Congress, the CPI(M), the CPI and the Party For Democratic Socialism (PDS) – a breakaway CPI(M) group – which had been talking about the futility of mounting a legal challenge and had even declared they would not approach the courts, filed copycat petitions before the High Court, which is now conducting daily hearings in the case. The last date for filing nominations was 9 April and the BJP approached the Supreme Court as well as the Calcutta High Court before that day seeking directives to the SEC to ensure that all candidates can file their nominations.

The apex court disposed of the BJP’s prayer by directing the SEC to address the grievances of all candidates and parties. The SEC, flooded as it was with complaints of violence and intimidation of opposition candidates by Trinamool cadres, issued a notification on 9 April evening providing a four hour window the next day (10 April) for candidates to file their nomination papers. But early 10 April morning, the SEC withdrew the notification after intervention by the Trinamool Congress and the state government. On 11 April, the Supreme Court asked the BJP to take up the matter with the High Court.

On 12 April, Justice Subrata Talukdar of the Calcutta High Court issued an order staying the poll process and asking the SEC to file a comprehensive report. The next day, the SEC and the Trinamool Congress approached a two-judge division bench praying for overturning Justice Talukdar’s order. But on Monday (16 April), the division bench sent the case to Justice Talukdar’s court, which has been conducting daily hearings on the petitions filed by the SEC as well as the five political parties.

The Trinamool’s contention is that Article 243(O) of the Constitution states that an election process, once initiated, cannot be stalled. Trinamool leader and senior advocate Kalyan Banerjee says that the High Court has no jurisdiction to stall a poll process and cited past rulings of the Supreme Court to buttress his position. The opposition’s contention is that the widespread violence against their candidates, many of them have been prevented from contesting the polls, amounts to subversion of democracy and hence the entire poll process has to be held afresh.

While the poll process is now caught in a legal wrangle that is quite likely to drag on for some time, the Trinamool Congress has been left red-faced battling charges of rigging the poll process, violence and intolerance of the opposition. All these cast Mamata Banerjee as an authoritarian figure intolerant of dissent and opposition. There is now very little chance of the panchayat polls in Bengal being held as per the original schedule (1, 3 and 5 May) and that, in itself, is a setback to the Bengal Chief Minister.