Rajah-Moonje Pact: The Forgotten Model For Social Justice And Integration Of Dalits 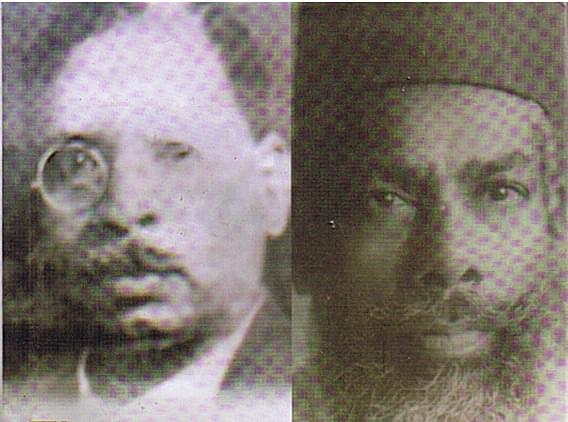 It is one of the least read pages in the history of social emancipation in India. It provided a model for walking a path that would not compromise on justice nor would fall prey to the divide and rule policy created by the British. It is the ‘Rajah-Moonje Pact’ (R-MP) signed in early 1932 between Dr B.S. Moonje  and M. C. Rajah.

The bitter lessons learned in the circumstances surrounding the controversy led to the pact becoming important in building unity among the then scheduled communities (SCs). In fact, R-MP served as the precursor to the much celebrated ‘Ambedkar-Gandhi’ Pact (A-GP).

Born to a poor Tamil family in Madras, he entered politics after graduating from college and became a leader of Paraiyars (a Scheduled Castes community) in the Justice Party. But he left the party in 1923 over the treatment of Dalits and allied with Dr BR Ambedkar.

At one point Rajah was considered to be a person equal in stature to Ambedkar. Rajah, along with Ambedkar and Rettamalai Srinivasan, represented the Dalits at the Second Round Table Conference in London.

During late 1935, Rajah chose to not support Dr Ambedkar’s decision to leave Hinduism. Rajah, felt that conversion from Hinduism would weaken the determination of the Dalit and Hindu social reformers involved in fighting caste anomalies.

Balakrishna Shivram Moonje (BS Moonje, also BS Munje, 12 December 1872-3 March 1948) was an Indian freedom fighter. He was a resilient follower of Lokmanya Tilak. He was the general secretary of Central Indian Provincial Congress for many years.

After the demise of Tilak in 1920, Moonje separated from Congress and took up the leadership of the Hindu Mahasabha until he handed over the charge to Veer Savarkar in 1937. Till his death, he was active in the Mahasabha and used to tour across India.

A prominent social reformer, Moonje founded many social institutions including schools,gymnasiums, and hostels for Dalit children. The Bhonsala Military School in Nashik was started by him to provide military training to young Hindus irrespective of caste .

It is a historical fact today that R-MP was the first-ever agreement on reservation between the so-called Caste Hindus and the SCs. Later, M C Rajah pointed out the significance of the pact as the one between ‘the only central organisation of the depressed classes’ and the ‘organised body of Hindus taken as a whole’.

He also hailed the ‘hand of fraternity’ extended by ‘our co-religionists, the Caste Hindus’. At the heart of the problem was the issue of joint or separate electorates for the so-called depressed classes.

Dr Ambedkar had returned from the round table conference and started vehemently supporting separate electorates for the scheduled communities. On the other hand, M C Rajah was in favour of joint electorates.

However, Rajah pointed out that the communal award actually took more than it gave. Thus while the Simon Commission gave 117 seats out of 1,436 in provincial legislature for the SCs, and 237 under minorities pact (which Dr Ambedkar himself had signed), 90 seats according to the recommendations of the Indian Central Committee, the communal award gave scheduled communities just 71 seats.

Rajah further argued in favour of the joint electorates with reservation for SCs from the point of view of a healthy democracy and social empowerment:

‘I do not know why the Prime Minister calls the scheme of joint electorates with reservation of seats as impracticable. It is already in force in local bodies in Madras and some other provinces and has worked very satisfactorily. ... I am surprised at the argument of the Prime Minister that there is no segregation because we can vote for Caste Hindus who will have to solicit our votes. But, Sir, how can we bring about a common ideal of citizenship when Depressed Class representatives are not to solicit the votes of (so-called) higher castes?”

Then he went on to argue the need for reforming the Hindu society from within and not by alienating them through separate electorates:

“We Depressed Classes, feel ourselves as true Hindus as any Caste Hindu can be and we feel that the moral conscience of the Hindus have been roused to the extent that our salvation lies in bringing about a change from within the main body of Hindu society and not segregating ourselves from them.”

The British were over-concerned about the R-MP, and secretary of state for India from London asked the viceroy if he could send ‘any estimates’ regarding ‘the extent to which the pact is likely to receive general acceptance by the interests involved.’

In Tamil Nadu, K Bashyam, a Gandhian leader, who was active in anti-untouchability campaign met Rajah and expressed his support for the R-MP. This was duly noted by British intelligence. (Under Secretary’s Safe File No 804) That was in 1932. The British interest was not in social justice but in the ‘politically very considerable advantages in having two substantial minorities’ as Lord Amery wrote to Viceroy Lord Linlithgow, a decade after the separate electorate-communal award was thwarted.

The opposition to the pact was violent and vehement. In the All India Depressed Classes Conference held at Kamptee in 1932, a prominent SC leader Raj Bhoj, who supported the R-MP, was attacked physically by the supporters of separate electorate and was admitted to the hospital. However, there was also widespread support.

In the Hindustan Times dated 29 February 1932 the special correspondent reported that the R-MP was sent to the prime minister of England. On 9 March the paper reported that ‘Hindu and Sikh MLAs support ‘ the R-MP. On 16 March 1932 a procession was taken out in support of the pact by Deorukhker, a nationalist SCs leader. On 17 March, on behalf of Shraddhanand Memorial Trust, the pact was hailed by SCs leaders.

The Tribune from Lahore in its issue dated 25 March1932 hailed the pact as ‘the best solution’ and it wrote:

“If only the other minorities in India had the same wisdom, clear-headedness and sagacity that Mr Rajah and his Association possess they would have come to exactly the same conclusion to which the latter have come. If the depressed classes are socially an integral part of the Hindu community, the Muslims and other non-Hindu Minorities are politically an equally integral part of the Indian nation...”

The Statesman dated 30 March1932, reported that in New Delhi All India Shradhanand Dalit-Uddhar Sabha took out a procession in support of the pact. They raised the ‘Bharat Mata ki Jai’ slogan and carried banners that declared ‘We are Hindus of Hindus.’ When the Pune Pact was signed between Gandhi and Dr Ambedkar, Rajah gave his full support to the pact without any ego though it was mostly a replica of R-MP.

In the speech delivered at the legislative assembly on 13 September 1932, he gave his wholehearted support for A-GP. In this, he was supported by Swami Sahajananda, another social reformer and a scheduled community representative.

It is interesting that in the context of present day Indian politics, the words of Dr Ambedkar on minority rights (social minorities and not religious minorities) echo the spirit of R-MP. He saw reservations as provisions for homogenising the majority and minorities. He said:

Just as how Rajah placed hopes and aspirations of the SCs in the hands of the larger Hindu society then, Dr Ambedkar stated that:

..the minorities in India have agreed to place their existence in the hands of the majority’ and pointed out that ‘the moment the majority loses the habit of discriminating against minority, the minorities can have no ground to exist...

In other words, R-MP saw the British plan to perpetuate minorities in India for their political advantage and opted joint electorates with reservations as a means to achieve social integration.

Later, Dr Ambedkar also came to the conclusion that the social minorities should merge with the majorities with the latter removing the discrimination, and that reservations are only tools towards this end. Interestingly, now the pseudo-secular forces in India have taken the place of the British, who want the perpetuation of minorities for the ‘politically very considerable advantages’.

[The data for this article is taken from the excellent documentation done on Rajah-Moonje Pact by Devendra Swarup and Meenakshi Jain: ‘The Rajah-Moonje Pact : Documents on a forgotten chapter of Indian History’, Originals, Delhi.]