The Indus Waters Treaty: Can India Inflict Significant Damage By Abrogating It? 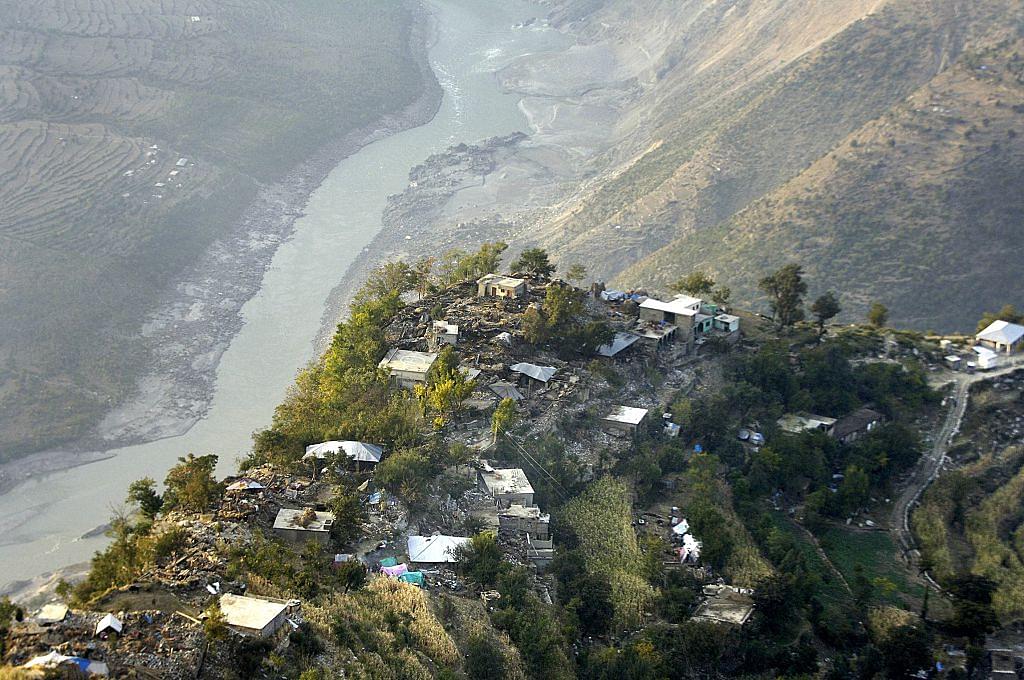 To counter Pakistan’s constant support for anti-Indian terrorist activities, New Delhi has hinted that it plans to revisit the Indus Waters Treaty (IWT).

“There are differences on the treaty. For any such treaty to work, it is important there must be mutual trust and cooperation. It can’t be a one-sided affair,” spokesperson for the Ministry of External Affairs, Vikas Swarup, was quoted as saying.

Noted strategic affairs expert, Brahma Chellaney, also exhorts in a recent article that Pakistan can be easily and effectively punished by India through the abrogation of the treaty.

Will the abrogation of the IWT help India inflict punishment on the rogue state of Pakistan for its continued export of Islamist terror?

A quick backgrounder of the treaty is in order.

The undivided Punjab had a contiguous irrigation system based on the waters of the Indus system. Hydrology was not considered in 1947 when the Partition led to the redrawing of the borders in the subcontinent. As India and Pakistan were unable to resolve the issue, a World Bank-initiated mediation process had ensued.

A tripartite treaty was signed in 1960 by then Indian Prime Minister Jawaharlal Nehru, Pakistan President Ayub Khan and the World Bank after 10 years of hard bargaining.

There are four essential parts to the treaty:

2. International financial assistance was provided to Pakistan for building a vast irrigation network including the Tarbela Dam on Indus and the Mangla Dam on Jhelum in Pakistan-occupied Kashmir. India contributed about 20 percent of the amount, approximately £62.06 million.

3. An institutional arrangement was put in place for resolving future conflicts, with special commissioners from both sides appointed to resolve potential problems. External arbitration was to be done either through a World Bank-appointed expert or an international court of arbitration.

4. India was not allowed to build storage on the rivers allocated to Pakistan. Severe restrictions were also imposed on the manipulable storage that India could construct on these rivers. Restrictions were also placed on any potential extension of the development of irrigation in India.

Though the IWT was generally hailed as a model template for water dispute resolution, India and Pakistan continue to have several disputes over the treaty. A serious dispute that arose during the 1970s was regarding the Salal Hydro-Electric Project in Jammu and Kashmir (J&K). It was resolved after several rounds of negotiation. This was followed by a dispute regarding Tulbul Navigation Project, which still remains unresolved.

Islamabad and New Delhi also clashed when India started constructing the 450-megawatt (MW) Baglihar project in 1999 on Chenab. Pakistan contended that the dam includes gated spillways, which translated to manipulable storage larger than what was allowed.

What can India seek to achieve by abrogating the treaty?

While the treaty may be hailed by the international community as an example of ideal conflict resolution, the munificence of India was unmistakable in signing the IWT. With 80 percent of the water going to Pakistan and 20 percent to India, the treaty was an unfair settlement that was foolishly accepted by the Indian negotiators under Nehru.

Several projects that India had planned for the western rivers were stalled due to Pakistan’s objections. All these projects are in the state of J&K. There is huge resentment in the state as restrictions placed on India in relation to the western rivers make it virtually impossible to derive any benefits through irrigation, hydroelectric power and navigation. There have been several calls by the state to scrap the IWT. In the year 2003, a unanimous resolution was passed by J&K state assembly calling for the abrogation of the IWT. Respecting the sentiments of the people of J&K, India can abrogate the IWT, signalling to the world that it is not business as usual with Pakistan.

India’s proposed outreach, aimed at the ‘diplomatic isolation’ of Pakistan, is essentially codespeak for strategic inaction. Only drastic steps like scrapping of the IWT will be an effective demonstration of India’s real intent to ostracise Pakistan. Conventional wisdom peddled by many in our strategic commentariat caution that unilateral abrogation of the IWT will result in international condemnation, and India will lose its ‘high moral ground’. But this kind of unimaginative diplomacy has grounded India’s assertion of its economic clout. India can also always walk the extra mile and quickly resolve pending water disputes with neighbouring states like Nepal and Bangladesh, indicating that we are a reasonable power mindful of international obligations.

Whether Pakistan likes it or not, India is the upper riparian state and has a range of options to control the flow of water. We can use existing structures to retain or divert waters and, in the process, inflict limited hardship on Pakistan.

While abrogation of the IWT does not constitute an immediate existential crisis for Pakistan, it allows India to build infrastructure for storage on the western rivers. Such projects may take anywhere between 10 to 15 years.

While the waters of Indus cannot be stopped or diverted instantly and India cannot inflict immediate punitive action on the Indus front, abrogation of the IWT can be a short-term symbolic gesture and a long-term substantive measure for countering the Islamic Terrorist State of Pakistan.