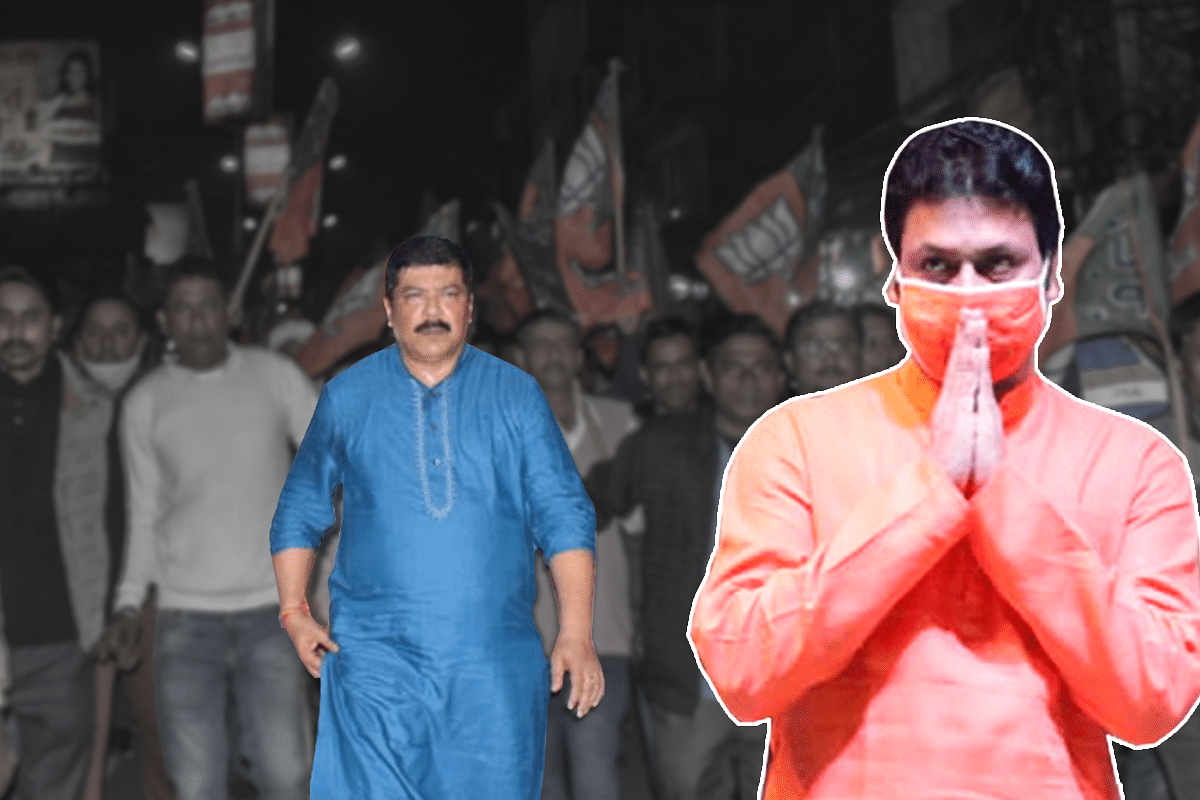 Dissidence in the ruling Bharatiya Janata Party (BJP) in Tripura has once again reared its ugly head. And this time, the central BJP leadership needs to act decisively and crack down on it sternly.

A few MLAs, most of them Congress turncoats, have been opposing Chief Minister Biplab Kumar Deb and demanding his replacement.

The dissidence against Deb is believed to be led by Sudip Roy Burman, son of former Congress chief minister Samir Ranjan Burman.

Sudip Roy Burman defected, along with five other Congress legislators, to the Trinamool in 2016. The next year, all the six turncoats joined the BJP.

After the BJP came to power in the state in early 2018, Roy Burman was inducted into the state cabinet and given the health portfolio.

However, he started fanning trouble for Chief Minister Deb and lobbying for the top post for himself. He was dropped from the cabinet in May 2019 for ‘anti-party activities’.

Since then, he has been trying to lobby support among BJP legislators and turning them against the Chief Minister.

They were there to complain against Chief Minister Deb and demand that he be replaced. Their ostensible grouse against Deb was that the latter was "authoritarian", "inefficient" and "lacked team spirit".

They also wanted to tell the BJP central leadership that Deb’s misgovernance would cost the party dear in 2023 (when the next assembly polls are due) and if the BJP is keen on coming back to power again in Tripura, Deb should be replaced.

But Modi, Shah and Nadda did not meet them and they were only granted a short appointment with BJP national general secretary (organisation) B L Santhosh.

Santhosh listened to them and then reportedly warned them against indulging in anti-party activities. He also made it clear to them that indiscipline won’t be tolerated and coming to Delhi to complain against the state leadership will be counterproductive.

Suitably chastened, the dissidents returned to state capital Agartala and told the media that they had only gone to Delhi to discuss organisational issues with the party’s central leadership.

But the snub from the BJP central leadership, it seems, has not been enough for the dissidents. Sudip Roy Burman, who makes no bones about his ambition to replace Deb, has been trying to win over party legislators and conducting a whisper campaign against Deb.

Matters came to a head last Sunday (6 December) when newly-appointed prabhari (in-charge) for Tripura, Vinod Sonkar, was on a visit to the state.

A large group of people carrying BJP flags converged at the state guesthouse, where Sonkar was put up, and raised slogans like Deb hatao, BJP bachao and Deb hatao, Tripura bachao against the Chief Minister.

“The sloganeering is unprecedented in the history of BJP. We pride ourselves in our discipline and such an open show of dissidence has no place in the party,” said state cabinet spokesperson Ratan Lal Nath.

Pained by the revolt, Deb called for a public referendum on his leadership. He said on Tuesday (8 December) that he would address a public meeting at the Asthabal Maidan in Agartala on 13 December and ask the people if he should step down as chief minister.

“I will accept the people’s verdict and if they don’t want me to continue, I will ask my party leadership to relieve me of my responsibilities as CM,” said Deb.

But BJP national president Nadda stepped in and asked Deb to refrain from such a show of strength since that would also amount to violating party discipline.

On Wednesday (9 December) evening, a majority of the BJP’s 36 MLAs and ministers trooped to Deb’s residence and pledged their support to him.

Senior BJP functionaries in Tripura told Swarajya over phone from Agartala that they have advised the party central leadership to crack the whip on the anti-Deb MLAs who are just a handful.

“There are just five or six MLAs under Sudip Roy Burman’s leadership who are creating all the trouble at his (Sudip’s) behest. This is the notorious Congress culture that they have brought in with them. This cannot be tolerated,” said a senior BJP leader who did not want to be named.

The handful of rebel MLAs under Sudip Roy Burman are like the ‘fifth column’ within the state BJP. A few state BJP leaders suspect that these rebels have secret ties with the Congress and the CPI(M).

“The Congress and CPI(M) may be backing these rebels in order to weaken the BJP from within. Otherwise these handful of rebels would not have mustered the courage to raise the banner of revolt against the chief minister,” said the senior leader.

It is, thus, imperative for the BJP central leadership to deal sternly with the rebels and nip their mischief in the bud.

Firm action against them will also send out an unambiguous message that such anti-party activities will not be tolerated in the BJP.

The rebels need to be told to either work uncomplainingly under Deb’s leadership or be ready to face action. The BJP has a comfortable majority on its own with 36 MLAs in the 60-member state assembly.

And with the assured support of eight legislators belonging to alliance partner Indigenous Peoples’ Front Of Tripura (IPFT), the BJP need not be worried at all about any fallout from any disciplinary action against the rebel MLAs.

There may be some genuine issues about Deb’s style of functioning, but such issues have to be resolved behind closed doors in a disciplined manner so that the interests and image of the party do not suffer, said the senior state BJP functionary.

Also read: No Trouble For Deb: After Being Disciplined By Central Leadership, 'Rebel' Tripura MLAs Say They Travelled To Delhi To Only 'Discuss Organisational Matters'