Why The Ladakh Verdict Is Important 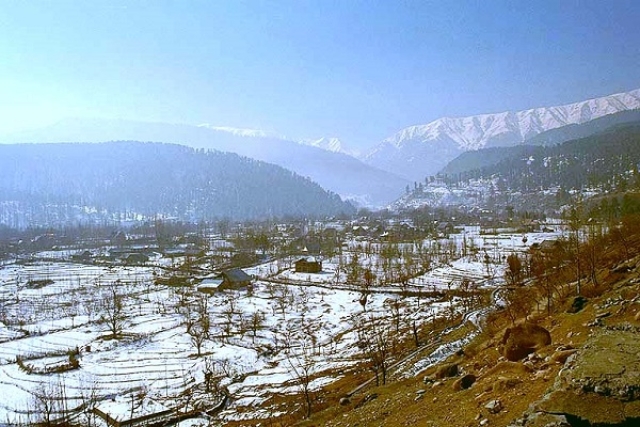 The poll results for the Ladakh Autonomous Hill Development Council (LAHDC) reflects the faith of the Ladakhis in national unity over separatism.

People of Leh district of the strategic trans-Himalayan Ladakh region went to the polls on 17 October to elect the fifth Ladakh Autonomous Hill Development Council (LAHDC), which consists of twenty-six elected members and four nominated members. Over 65 per cent of the electorate exercised their franchise. The elections authorities announced the results on 23 October. The verdict was on expected lines.

The Bharatiya Janata Party (BJP), which had created a history of sorts in the 2014 general elections by winning for the first time the lone Ladakh Lok Sabha seat, created another history by winning handsomely eighteen out of the twenty-five council seats it contested. The BJP dislodged the Congress, which controlled the powerful LAHDC, Leh, for fifteen long years without a break. In 2010, the BJP had won only four seats, which  was not surprising since BJP was a marginal political player in Ladakh before May 2014.

The victory of the BJP in the council elections was noteworthy since it had suffered a massive defeat in the region at the hands of the Congress in the December 2014 J&K Assembly elections. The Congress broke all previous records by winning three of the four seats it contested, the fourth seat won by an independent candidate. The BJP defeat had baffled most of the political pundits.

The Congress, which, like the BJP, also contested in twenty five council segments, managed to secure only five seats. In 2010, it had won a whopping twenty-one seats, notwithstanding the fact that it had been in power in Leh district since 2000 [the first LAHDC, Leh, was controlled by the Ladakh Union Territory Front (LUTF), which enjoyed the support of Ladakhi Buddhist Association (LBA) and Ladakhi Muslim Association (LMA)].

Political observers say that it was anti-incumbency that resulted in the humiliating defeat of the Congress. They are partly right and partly wrong. Although the anti-incumbency factor was important the causes of the Congress’ defeat were deeper. One such cause was that the leader of the Congress Legislature Party and former Cabinet Minister Nawang Rigzin Jora, a Ladakh Buddhist himself, had become the mouthpiece for the separatist-friendly Kashmiri leadership. His stands both inside and outside the Assembly after the PDP-BJP formed coalition government in J&K last March alienated the Ladakhis from the Congress.

The stand that the Congress took on the political status of J&K vis-à-vis India or the unstinted support it gave to the 1974 Indira Gandhi-Sheikh Abdullah accord was a negation of what the people of Ladakh stood for, fought for and rendered supreme sacrifices for. The 1974 accord provides for a review of the central laws applicable to the state since August 1953 and withdrawal of such central laws as are considered harmful to the state’s special status.

The people of Ladakh in general and those of Leh district in particular have consistently fought against the Kashmiri leadership’s divisive ideology and hegemony over the state’s polity. They all through demanded, and continue to demand, their complete merger with India. They vouch for a separate dispensation invested with Union Territory status under the Indian Constitution, sans Article 370 that holds J&K aloof from India, creates doubts in the minds of the international community about the political status of the state and empowers the Kashmiri leadership to exercise veto powers in domains of legislature and executive.

The fact of the matter is that they are ardent believers in the concept of national unity and have full faith in the Indian political and constitutional organisation. The comprehensive defeat of the Congress in the council elections needs to be viewed in that context.

This verdict is politically very significant in another respect as well. The people of Ladakh rejected outright the pro-greater autonomy National Conference (NC) and the pro-self-rule Peoples Democratic Party. Both the Kashmir-based parties stand for a limited accession of the state with India and also want New Delhi to take on board Kashmiri separatists to resolve the Kashmir issue. The PDP and the NC had fielded eight candidates each to test the political waters in this region. While the PDP failed to open its account, the NC won only two seats. The PDP and the NC had fielded candidates mostly in the segments where the Muslims were somewhat more numerous hoping their divisive politics would help them make some inroads in the region, but the Ladakhis, including the majority Buddhists and minority Shiite Muslims, reposed full faith in the BJP and five Congress candidates.

The defeat of the Congress, the PDP and the NC was a clear and loud message from Ladakh that it has no place for divisive politics or hate and break-India  politics. But more than that, the people of Ladakh, like the people of Jammu province, who had decimated the Congress, the NC and the PDP in the 2014 Lok Sabha and Assembly elections, told the Kashmiri separatists that they will never succeed.  The Ladakhi verdict would go a long way in convincing the international community that the majority of J&K is against the ongoing secessionist and violent movement in certain parts of the Kashmir Valley.

It is hoped that the authorities in New Delhi will call the Pakistani bluff and isolate those in Kashmir who masquerade as “true representatives” of the people of Jammu, Kashmir and Ladakh and strengthen the very vast nationalist constituency in the sensitive border state.