India’s First Space Launch Of 2022: Satellites, Payloads, Here's All You Need To Know 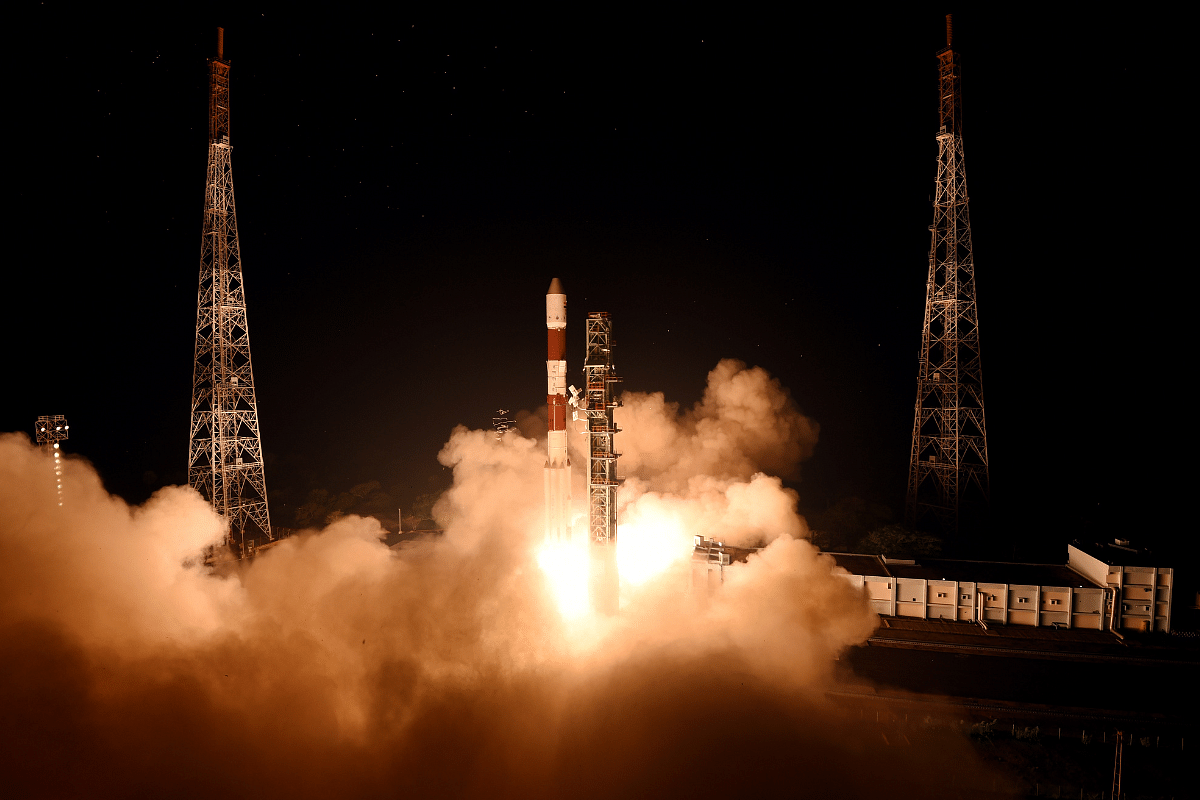 The lift-off was at 5:59 am and all the subsequent flight stages followed as planned. It ultimately led to the successful placement of the EOS-04 satellite and two rideshare payloads INST-2TD and INSPIREsat-1 into a Sun-synchronous polar orbit of 529 km at 6:17 am (the payload satellites a minute later).

EOS-04 is short for Earth-observation Satellite-04. Made at U R Rao Satellite Centre, Bengaluru, it is a radar imaging satellite that will take and relay high-quality pictures, regardless of weather conditions, useful for applications in areas such as agriculture, forestry, flood mapping, soil moisture, hydrology, disaster management, and carbon inventory.

Earth-observation data from the 1,713 kg EOS-04, which has a mission life of 10 years, will complement data from India’s Resourcesat, Cartosat, and RISAT-2B series satellites.

The satellite was assembled, integrated, and tested by a consortium led by Bengaluru-based private firm Alpha Design Technologies Limited, as reported in the Times of India.

INS-2TD is an Earth-imaging and technology demonstration satellite that will pave the way for the India-Bhutan joint satellite INS-2B in the future. The thermal imaging camera on board the INS-2TD will help, according to Isro, in the assessment of land and water surface temperatures, delineation of vegetation (crops and forest), and thermal inertia (day/night). It has a six-month mission life span.

India and Bhutan have cooperated in space activities from the time of the launch of the South Asia Satellite (SAS) in May 2017. The satellite was launched by India as a gift to its neighbours, among them Bhutan, so that they can access the satellite for their needs.

Isro is set to launch the Bhutanese satellite INS-2B — the one that INS-2TD is a trial for — in December this year.

INSPIREsat-1 is a student satellite that will provide data to help improve the understanding of ionosphere dynamics and Sun’s coronal heating processes.

Whereas the ionosphere is part of Earth's upper atmosphere, between 80 km and about 600 km above the planet’s surface, the Sun’s corona is the outermost part of the star’s atmosphere.

INSPIREsat-1 was developed in a university lab in the United States of America (US) through an international collaboration between the Indian Institute of Space Science and Technology (IIST) at Thiruvananthapuram, the University of Colorado (CU Boulder) in the US, Nanyang Technological University (NTU) in Singapore, National Central University (NCT) in Taiwan, the University of Alberta in Canada, and Sultan Qaboos University in Oman.

The two scientific payloads on the satellite, to make the ionosphere and solar X-ray radiation measurements respectively, are the Compact Ionosphere Probe (CIP) and the (Nasa-funded) Dual Aperture X-Ray Solar Spectrometer (DAXSS).

The cubesat marks the first satellite launch under the International Satellite Program in Research and Education (INSPIRE), which is a consortium of global space universities formed to advance space science and engineering. The goal of the programme is to install a constellation of Earth and space weather-­observing satellites. The effort is led by the Laboratory for Atmospheric and Space Physics (LASP) at CU Boulder.

The global initiative provides space for students to get involved in satellite design and development. “Each INSPIRE small satellite will proceed from concept to flight in three years, providing the opportunity for undergraduate and graduate student involvement in small-­satellite design, building, testing, and operations,” the programme website states.

INSPIREsat-1 was, thus, developed between 2017 and 2020 at CU Boulder-LASP, but the Covid-19 pandemic stretched out the timeline and led to a two-year delay in launch.

Since the successful launch on 14 February, India’s IIST has been primarily operating the spacecraft. The mission will last a year.

PSLV-C52 was the 80th launch vehicle mission from Sriharikota, 54th flight of the PSLV, and the 23rd mission using the PSLV-XL configuration (six strap-on solid rocket boosters along with a core motor) with alternate solid-liquid stages.

Notably, this was the first PSLV launch in a year, and the fourth in two years, indicating a slowdown in Indian space launches effected, unfortunately, by the Covid-19 pandemic.

The previous one was when India's PSLV-C51 lifted off on 28 February last year from Satish Dhawan Space Centre SHAR, Sriharikota, carrying the landmark Brazilian satellite Amazonia-1 and 18 co-passenger satellites.

PSLV-C52 is also the first Indian orbital mission since the unsuccessful attempt on an entirely different type of rocket about six months ago.

On 12 August last year, the Geosynchronous Satellite Launch Vehicle GSLV-F10/EOS-03 took off as planned, but a technical anomaly crippled the cryogenic upper-stage ignition and, therefore, the mission couldn’t be accomplished as intended.

That was to be the third in the Earth-observation satellite series, one prior to the fourth that was launched this past Monday.

Prime Minister Narendra Modi took to Twitter to write: “Congratulations to our space scientists on the successful launch of PSLV C52 mission.”

Isro chief S Somanath, who took charge as the secretary to the Department of Space and chairman of Space Commission mid-January, offered his congratulations “to everybody who worked for this mission” at the Sriharikota centre shortly after mission director S R Biju exclaimed, “PSLV-C52/EOS-04 mission is fully accomplished!”

“I salute one and all for this wonderful mission — our technical teams, our administrative teams, our review forums, and, of course, our seniors and gurus and mentors who have given valuable guidance and directives throughout the entire phase of the campaign,” Biju said in a brief address.

“EOS-04 has taken a small step in the nation’s dream of opening the space sector with industry participation in the form of build-to-print and also assemble-and-test. We have fairly succeeded in our effort,” satellite director Srikanth said, adding, “Me and my team are confident that EOS-04 will be an asset to the nation.”

Though PSLV launches have been few and far between over the last couple of years, the Isro chief signed off on a hopeful note. “We will be back again with the next launch of PSLV very soon,” Somanath concluded.

In addition, Isro has signed six agreements with four countries for launching foreign satellites during 2021-2023, Union Minister Dr Jitendra Singh informed in December last year. These missions are expected to rake in €132 million.