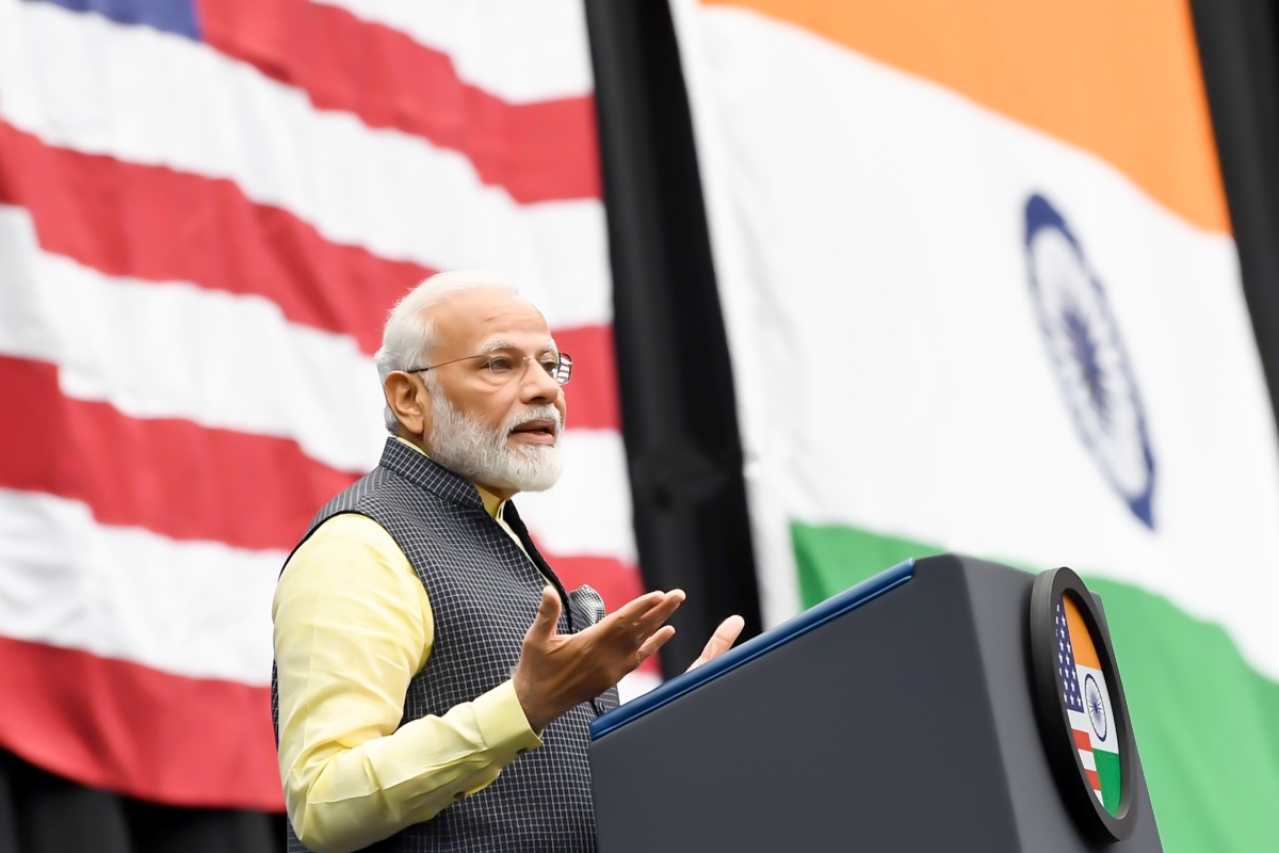 In exactly two months, South Asian subcontinental geopolitics related to the US have come a full circle.

It was on 22 July 2019 that Imran Khan arrived at the US White House. Accompanying him was a large delegation which included Pakistan Army chief, General Qamar Bajwa and the Foreign Minister, Shah Mahmood Qureshi; Pakistan does have strange ways of doing diplomacy with Army chiefs in tow with Prime Ministers.

The environment was exactly to Pakistan's liking and advantage. Desperately in dire economic straits, it had to play ball with the US, the virtual keeper of the International Monetary Fund (IMF) treasure trove.

But it was the US which too needed Pakistan's cooperation and assistance, to enable the setting up of a final withdrawal from Afghanistan after 18 long years, one of the longest and costliest overseas military engagement ever.

As the American frontline partner for countering the Soviets in Afghanistan in the 80s, Pakistan had also created the Taliban, originally an organisation of young religious leaders which turned rogue, harboured the Al-Qaida, fought the US but remained partially aligned with Pakistan.

After 18 years of fighting a hybrid war against the Taliban, the US could only fall back upon Pakistan to act as the mediator.

22 July 2019 was a significant day when President Trump, for the umpteenth time, accorded Pakistan the status and importance of a frontline state. He even promised to mediate on Jammu & Kashmir, should the parties to conflict request, much to Pakistan's delight.

Everything seemed to be going its way — from relations with the US including withdrawal from Afghanistan, likely assurance on Financial Action Task Force (FATF) certification, support for financial bailout packages, to Donald Trump even suggesting mediation on J&K.

Unwittingly, the racing developments in Pakistan's favour sent sufficient signals to the Indian government that it was time to act before Pakistan took strategic confidence from these developments to up the ante in J&K where the parameters were indicating reasonable stability a few months after the Pulwama incident and the Indian response at Balakot in February 2019.

It decided to rescind the constitutional provisions which gave J&K special status within the Indian union and reorganise it administratively for direct central oversight.

The decision was on the back of some deep legal and constitutional research, alongside at least two years of targeting Kashmir's multiple networks which facilitated support to Pakistan-centric narratives.

The decision effectively cemented India's official stance on J&K — that it was not a disputed territory, that areas not even under Indian control actually belonged to India and that further talks with Pakistan, if any, would only be for the purpose of negotiating the return of areas under its occupation.

For long, the exclusivity officially accorded to J&K had worked against its effective integration with India with even mainstream political leaders many times expressing opinion against attempting any abrogation of constitutional provisions.

This indirectly helped Pakistan and the separatists cultivate their narratives with a gullible population.

The decisions of 5 August 2019 were a body blow to Pakistan, whose entire strategy related to J&K centred on the conduct of a proxy war by a 'thousand cuts'.

It relentlessly pursued a strategy of remaining relevant to the US while taking the issue to the rest of the international community, with China being its all-weather supporter and the Middle Eastern countries remaining on the cusp.

However, years of Pakistani investment in effective communication strategy suddenly appeared to come a cropper. The Indian diplomatic response seemed to better that strategy, at the UN Security Council, the G5 meeting and with gestures by important Middle Eastern states such as the UAE and Bahrain.

These states went and honoured the Indian Prime Minister with their highest awards, each such investiture ceremony sending signals of approval of India's stance on J&K.

The march to Houston was on the back of some very effective outreach which explained the Indian narrative. The starting point of that narrative remains the fact that India was magnanimous in victory in 1971-72 and did not force Pakistan's hand on J&K even when in a position of total strategic advantage.

All that the post-conflict Shimla Agreement did was to introduce an element of bilateralism in the pursuit of India-Pakistan relations, a provision Pakistan constantly flouts while internationalising the issue.

Pakistan, at the first opportunity, triggered a proxy hybrid war against India in J&K in 1989 using terror as its chief weapon, making India one of the longest suffering nations with regard to employment of transnational terror.

India's response was to fight the terror groups but continue according all liberties to the people, including having democratically elected governments. For 30 years, India changed nothing relating to the constitutional position of J&K which accorded it a special autonomous status, despite these provisions giving fodder to separatist aspirations and intense scope to Pakistan to keep the issue alive.

India’s position on J&K has long been reinforced by the Joint Parliamentary Resolution of 22 February 1994, which also took strength from the Instrument of Accession signed in India’s favour by the former ruler on 26 October 1947.

The strength of today’s narrative rests upon the fact that Articles 370 and 35-A have only contributed to separatist sentiment and aspirations, kept alive Pakistan's hopes and thereby its use of sub-conventional violence as an instrument of coercion against India.

Despite India’s gestures of outreach such as the ones by Prime Minister Narendra Modi in 2015 (from Ufa to Lahore), the response from Pakistan has harped only on terror as a route to forcing India’s hand on J&K, from Pathankot to Uri, Nagrota and Pulwama.

Pakistan fully realises but is unwilling to concede that times have changed. India’s importance to the international community is well recognised and its claims are respected because of its balanced stance.

India’s diaspora around the world is respected for responsible behaviour and contribution to the host countries. Pakistan’s importance in comparison is more due to its geo-strategic location and its nuisance potential as a nation harbouring and sponsoring transnational terrorists, and exploiting them for strategic gains.

Immediately on the failure of the talks between the Taliban and US, Pakistan’s relative importance has taken a hit, at least temporarily. This is the window which India has seized to reinforce its already credible proximity to the US.

Prior to the visit of President Xi Jinping to India, it is a good occasion to display that India follows an interest-based foreign policy. The Houston bonhomie is a result of all the above. Projection of the right narratives and resolve to pursue a strategic partnership has been Houston's big achievement.

The ability of President Trump and Prime Minister Modi to articulately make evident the commonality of thinking on strategic security issues, particularly violent extremism, has been overshadowed by the sheer optics and the unstated element of the event, which should send Pakistan some clear signals about India’s relative position of strength.

While none should even imagine that the US will not pursue its interests through Pakistan, it’s the boost to Indo-US ties in the wake of the changing strategic environment in the subcontinent which works to India’s advantage.

The two months since 22 July 2019 have been tumultuous, yet positive for Indian foreign policy. 27 September 2019 is an equally important day when the Indian and Pakistani Prime Ministers address the UN General Assembly, almost in succession.

The projection of successful and failed narratives may not be immediately evident from the responses to the speeches of the two PMs. However, the clamour to meet Prime Minister Modi by international leaders in the short intervening period leading to the UNGA speech is sufficient evidence of the status of India’s narrative.

Yet, the most definitive summary of the stark difference in the authenticity of the India and Pakistan narratives has been spelt out by Pakistan’s Interior Minister Ijaz Shah when he stated that Pakistan keeps explaining to nations its stance on J&K but none seem to believe it. India does it once and it’s endorsed by the international community.

The Minister has to realise that not for nothing has India invested in the image of a diverse and progressive nation with total concern for its national and international responsibilities.

Get Swarajya in your inbox everyday. Subscribe here.
Tags:
187 Shares