Twitter's Troubles Are Exaggerated: It's Here To Stay 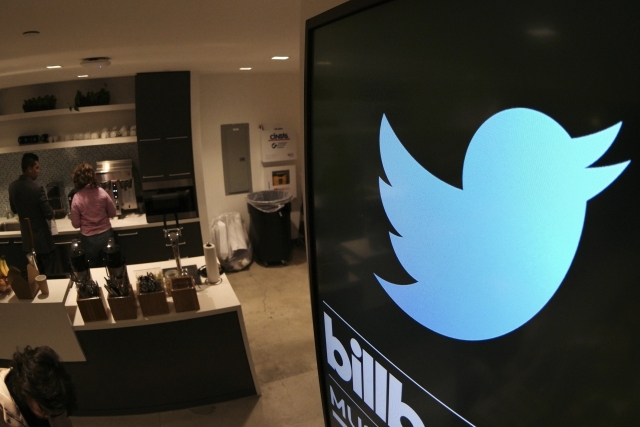 Not too long ago, Aaron Zamost (@zamosta), wrote a cogent piece on how the tech press forces its narrative on companies. He argued, rather convincingly, that start-ups traverse from birth to rebirth along the Startup Valley Time (SVT).

Twitter is halfway at 6:01 SVT (‘The Greatest Company In The World?’), characterised by “failure to innovate”, “monetization problems”, “employee exodus”” and so on. Take this dystopian narrative by Joshua Topolsky in The New Yorker, for instance – ‘The End of Twitter’. Even as the article was widely shared, there was sympathy and hope for the platform that counts some of my favourite people among its most ardent fans.

$TWTR has fallen from an all time high of $69 to around $16 in the public markets. This, despite the fact that last quarter, Twitter reported adjusted EPS (earnings per share) of $0.10 on revenues of $569 million, which increased by 58% year-over-year, beating analysts’ estimates for EPS and revenues at $0.05 and $559 million, respectively. The downfall is mainly attributed to its active users flat-lining around the 300M mark and also its lowered revenue projects for Q4 (due on Feb 10th) in comparison to analysts’ expectations.

To further complicate matters, four top executives quit, recently. That Twitter has a problem is abundantly clear. But, multiple problems are being conflated to make it seem harsher than it seems, in my opinion.

Let me first clarify, what I don’t see as problems:

For perspective, Netflix, another consumer internet company has one tenth of Twitter’s user base, but has a larger market than that of Twitter at ~ $40 Bn. So, it’s not really about the number of users, but more about the product or service value. People don’t desert platforms because user growth stagnates, but because platforms become irrelevant.

Twitter’s product prioritises content over users, and hence allows for anonymous profiles. You cannot do more about spam and abuse without distorting that fundamental reality – thereby, fundamentally changing Twitter. Yet again for perspective,  Reddit is a good enough example of what happens when you alter a platform’s reality. The current mute / report / block is swift enough retribution for the majority.

Although, intimately interconnected, I would put Twitter’s problems into three buckets:

Twitter is yet to understand itself. Even Jack Dorsey, the CEO, couldn’t define what Twitter really means at a recent conference. While it was charming in the ‘fail-whale’ era when users were still discovering its potential. Twitter now has more than enough validation on its core value. I would rank the following as the key USPs:

(i) Micro-blogging: people focused on creating and consuming content.

(ii) Reach to influencers: a direct connect to celebrities, stars and experts.

Given this background, I suggest the following:

-Unbundle these core values as products, similar to how Facebook did with Messenger (and arguably with WhatsApp and Instagram – leaving them loosely coupled, thankfully.)

-This will allow for greater focus and a more cohesive roadmap for each of them. In a sense, Twitter can act more like a SAAS product than a social network blindly chasing users.

-Really open up APIs & invest in an active developer ecosystem. Twitter’s product is still under-developed. Democratise innovation so developers can build a whole range of features.

The Display Ads game is over. Google – 1; Facebook – 2. Game over. Why compete with the Coke & Pepsi equivalents of the digital world? Why should digital advertising mean just a considerably improved version of online pamphleteering? Can ‘interruption marketing’ be disrupted to something more meaningful and empathetic to the consumer?

Twitter also generates unparalleled levels of data, every day, to the tune of around 500 million tweets per day. Currently, Twitter sells something known as the “firehose”, its public data. Earlier, Twitter partnered with a couple of companies, Datasift and NTT Data to license this data so they can sell their insights to other brands and companies. Twitter ended data licensing partnerships with Datasift and revised its contract with NTT Data, last year.

With this background, I suggest the following:

Whether, @jack, @evan_m_williams, and @dickc, Twitter has been led by strong product guys, who have built successful consumer products and companies, many times over. The CEO, Jack Dorsey, still enjoys an approval rating of 93% (source – Glassdoor). Twitter is still one of the largest (by user base) consumer companies that is public. The current chaos is, at best, a market correction. Yahoo is a prime example of how, unlike private companies that are left with no option but to sell or dissolve, public companies can still exist while losing significant market cap ($YHOO trades at ~$30 from an all time high of ~$109). Twitter must treat this as an interim period and strategise for the long term, and not give in to doomsday narratives.

With this background, I suggest the following:

Having joined Twitter in 2009, I came to realise its value only last year. Since, I have posted almost 5000 tweets, established connections with over 1000 unique individuals and organisations (plus or minus the bots) and can positively say that it has changed my life – personally and professionally. I would hate for it to mean any less in the years, ahead.

Come on Jack, get this ship back on course!