1971 War: How A Photograph And A BBC Report Hastened Pakistan’s Surrender 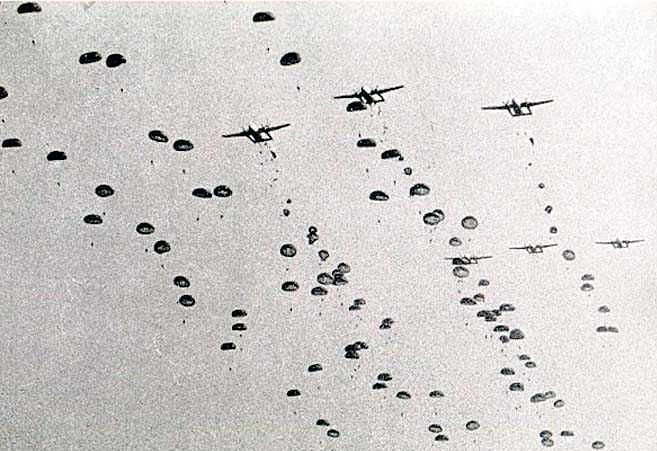 By 10 December, a week after the 1971 India-Pakistan war officially started, Indian troops moving into East Pakistan (now Bangladesh) from the east under Lieutenant General Sagat Singh had crossed the mighty Meghna river, the biggest obstacle in the Indian Army’s dash to Dhaka, using the Indian Air Force’s Mi-4 helicopters, and were advancing towards the city with tanks and artillery.

In the west, Indian troops from 2 Para under Lieutenant Colonel Kulwant Singh Pannu were airdropped at Tangail on 11 December, across the Jamuna river, using the IAF’s An-12, C-119, Caribou and Dakota aircraft.

Dropped behind enemy lines, 2 Para was tasked to capture the Poongli Bridge on the Jamuna river to cut off Pakistan’s 93 Infantry Brigade, which was retreating from the North to defend Dhaka, and advance towards Dhaka with troops from the Maratha Light Infantry through the Manikganj-Dacca Road.

By now, Indian ‘psychological warfare’ in East Pakistan was in full swing. On 8 and 9 December, just days before the Tangail airdrop, India had airdropped leaflets over Pakistani positions in thousands, painting a grim picture of the Pakistan Army’s response to the Indian offensive, to demoralise its troops.

A day before Indian troops were airdropped at Tangail, Director of Military Operations, Major General Inder Gill had asked I Ramamohan Rao, an officer in the Directorate of Public Relations, to ensure good publicity for the paradrop as part the PSYOPs underway during the war.

Rao, who at the time was attached to the office of Army Chief Sam Manekshaw, requested the Chief Public Relations Officer of the Eastern Command, Colonel B P Rikhye, to ensure that the Tangail airdrop received maximum press coverage.

Colonel Rikhye, however, could not arrange pictures of the operation.

“I was disappointed on the morning of December 12, when he [Colonel Rikhye] told me that he could not arrange for the pictures as the paradrop originated from a place where he had no access,” Rao wrote in 2013.

“...publicity for the paradrop was vital for the operation,” he added.

With no pictures of the actual event available, and tasked to ensure good publicity, Rao rushed to the photo section and dug out a picture of an exercise of Para Brigade that he had witnessed in Agra sometime ago.

This picture, taken during an Army exercise, was on the front pages of newspapers in the United Kingdom and the US the next day. Rao’s job was done.

There was a catch, however. The caption did not say ‘file photo’.

“The picture was released with a caption that said troops of the Indian Para Brigade were airdropped over East Pakistan on 12 December,” Rao recalls.

“I deliberately eliminated saying that it was a file photograph. Not a lie, but not the complete truth either,” Rao said in 2013.

India’s official history of the 1971 war says that during the same period, a report in the BBC, likely sourced from a press agency, said that India had airdropped around 5,000 men at Tangail — a number over five times larger than the actual size of the Indian forces airdropped at Tangail.

Similarly, Major General Ian Cardozo, who was a young Major in the 5 Gorkha Rifles during the 1971 war, says that the BBC also erroneously reported that an Indian ‘brigade’ had landed at Sylhet.

The photograph and the BBC report, as the official history of the 1971 war say, had a considerable effect in hastening Pakistan’s surrender.

Writing about this in 2013, Rao recalled that Lt Gen A A K Niazi, the commander of Pakistani forces in East Pakistan, when asked why he had decided to surrender to India when his forces could have held on for a few more weeks, “pointed at a copy of The Times...which carried a photograph of the airdrop of the troops”.

Sometime after Pakistan’s surrender, Rao had to fight his own war when he was asked to explain why he had not revealed that the photograph he had released to the press was not taken during the actual operation.

“My boss sought an 'explanation' from me. But in another room, in another office, a certain R N Kao smiled and appreciated my work,” Rao writes.

Kao was the chief of R&AW, India’s external intelligence agency.

The BBC report too had added to Pakistan’s anxiety.

Major General Cardozo says, “They [the BBC] announced that a ‘brigade’ of Gurkhas had landed at Sylhet. We heard it, as well as the Pakistanis”.

Also Read: 1971 War: How The Indian Army Crossed The Mighty Meghna River In East Pakistan On Its March Towards Dhaka