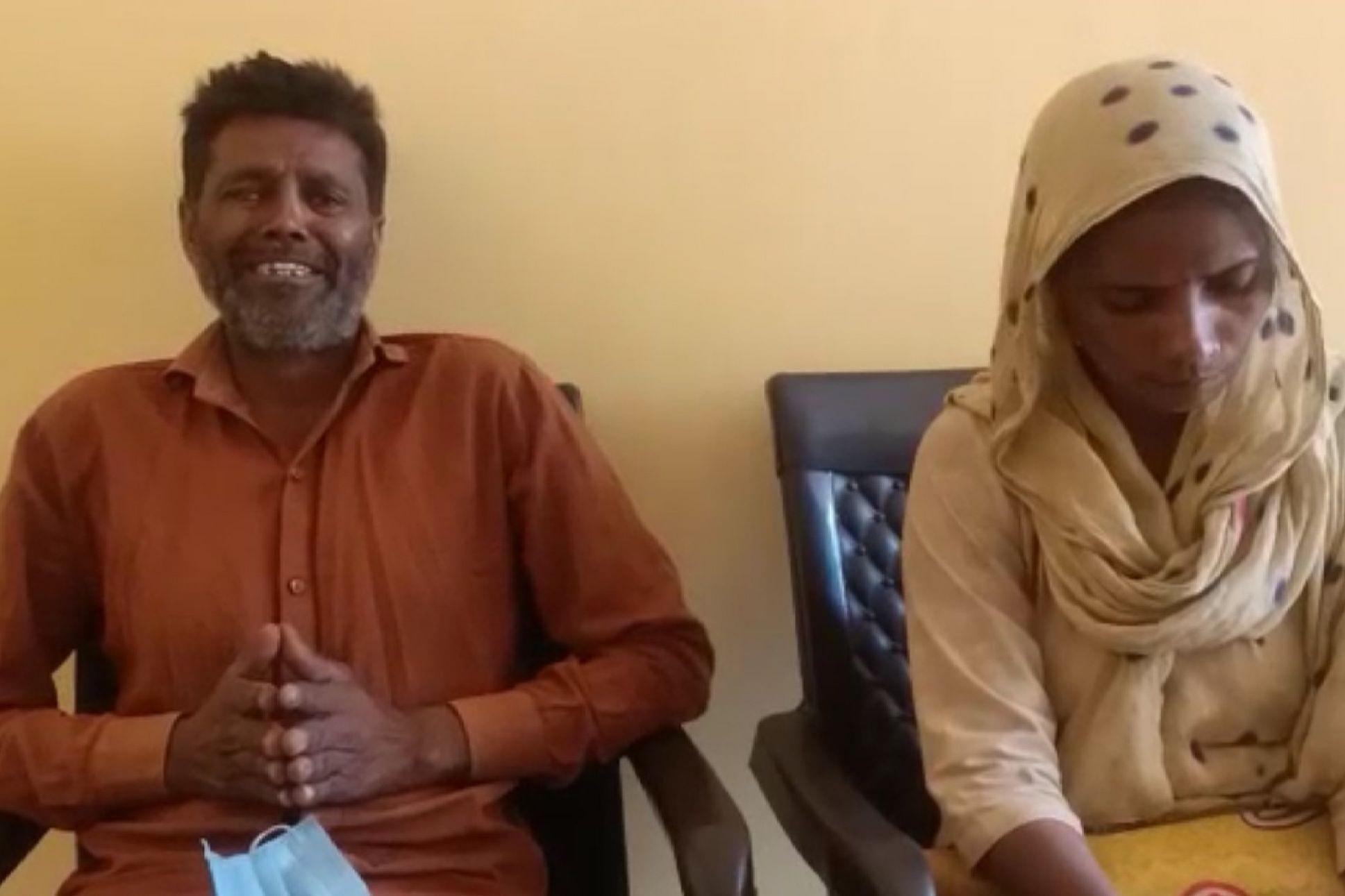 The girl’s parents making a distressed appeal after she went missing.

A school-going minor girl from Loni area of Uttar Pradesh’s Ghaziabad district went missing on 16 March. The poor family, who said they were getting her educated with great difficulty, threatened to commit suicide if the girl wasn’t found by the police.

This correspondent highlighted the case on social media and appealed to the National Child Commission to intervene. The girl has been rescued after 10 days of being in confinement where she was allegedly raped.

Her father, Salekh Singh, told this correspondent on 31 March about her recovery. He said that the kidnapper had cut a deal with a “Bengali” woman to sell her off.

A 15-year-old girl is missing for 8 days. Suspect is a neighbour. Police treating it as case of elopement, despite the girl being a minor.
This needs your attention, @ghaziabadpolice
Please intervene @KanoongoPriyank ð https://t.co/suEGaQxf5V

The girl belongs to the Jaatav community. She is a student of Class IX and, as per her parents, is 15 years of age.

On 16 March, her father gave a complaint to the local police saying that like every other day, he got her seated in a shared autorickshaw for school around 7 am. The autorickshaw had three women commuters sitting inside. Around 8.40 am, he received a call from the school that the girl has not reached there.

As Singh had named no suspects, the Loni police booked an unidentified person under Section 363 (kidnapping). The FIR number is 310/2021.

This correspondent took up the matter on social media, posting several video statements of the girl’s father. As per Salekh Singh, the investigating officer told him that probe has thrown up the name of one Mohammed Abid. Singh identified the person as his next-door neighbour, whom he knew only cursorily.

“If they know the name, what is the delay? Why can’t the police round up his relatives and question them sternly?” a sobbing Singh is seen saying in the videos. He also threatened the police of suicide if his daughter was not recovered.

This correspondent appealed to the chief of National Child Commission, Priyank Kanoongo, to intervene. Subsequently, the commission sent a notice to Ghaziabad Police on 25 March giving the links of social media posts made by this correspondent. The commission asked the police to provide an action taken report.

Child commission has taken congnizance of a case I recently highlighted, and asked @ghaziabadpolice to act. A father threatened to commit suicide as his 16-year-old school-going daughter is missing for 8 days. Suspect is a neighbour, Adil.
Thank you @KanoongoPriyank pic.twitter.com/USsxPQLTSx

On 31 March, when Salekh Singh spoke to this correspondent about the girl’s rescue, he was taking her to the district hospital for the customary medical examination to ascertain sexual assault.

In the hurried call, Singh said that the girl was recovered “a day before Holi” from Narela city, which is located on the border of New Delhi and Haryana.

“She has told us she was repeatedly raped while in confinement. She said she was taken away at knifepoint,” said Singh.

“Abid had cut a deal with a ‘Bangalan’ to sell her off. It’s a case of trafficking,” he said.

He said he would speak at a later time as the girl was scheduled to sit for her Class IX examination the next morning (1 April). “After we return from the hospital, I will help her with studies. Tomorrow, I will take her to the school, wait for her outside, and then accompany her back home,” he said.

The station house officer (SHO) of Loni Police Station told this correspondent on 1 April that Abid has been arrested, and made an accused under IPC sections 363 (kidnapping), 376 (rape), Protection of Children from Sexual Offences (POCSO) Act and the Scheduled Castes Prevention of Atrocities Act.

Asked if rape has been confirmed in the medical report, the officer said that the report is awaited. The rape charge has been invoked based on the statement of the girl recorded by the police under Section 161 of the Code of Criminal Procedure (CrPC), he said.

“The girl told us that Abid made sexual relations with her repeatedly during her confinement,” the officer said.

He said that the girl is yet to record her statement in front of the magistrate (under Section 164 of the CrPC). He said the delay has happened as the district courts and hospitals were closed on Holi.

The girl is a resident of Jawli Bhatta area, which falls under the jurisdiction of Tila Mod Police Station of Ghaziabad. However, as the girl had boarded the autorickshaw from Loni tiraha, the case was filed at Loni Police Station. The officer said that Abid lives in the same colony as the girl, and is about 20 years of age. He works at a brick kiln.

In his video statements, Salekh Singh had said that the police made him run around from one police station to another several times for registering his complaint.

The officer did not comment on this complaint by Singh, saying it was a matter of jurisdiction. He also dismissed Singh’s allegations that the girl was about to be sold to a woman trafficker.

This case is one of the several crimes perpetrated by Muslim men on Hindu minor girls reported by this correspondent. Many of these cases involve forceful religious conversion of survivors. Wherever possible, this correspondent has taken the cases reported to the national child or scheduled castes commissions for intervention.

Here’s a brief list of such cases reported by this correspondent:

Three Weeks After Minor Girl Went Missing, Her Tutor WhatsApps Her Conversion-Nikah Papers And Video To Her Family
If It Were Pakistan, Would Have Taken Your Daughter From House Itself,’ Kidnappers Tell Minor Girl’s Father
Dalit Man Struggles To Get His Minor Daughter Back, Months After She Was Kidnapped, Converted And Married
Amid Cries Against ‘Love Jihad’ Law, Another Interfaith Kidnapping Of Minor Girl In West Uttar Pradesh
Forced To Read Namaz And Quran, Reveals Minor Hindu Girl Abducted By Married Muslim Man From Bengal
For Two Months, Police Kept Telling Parents Of A Missing Minor Girl They Can’t Rescue Her Due To Lockdown

Ironically, these cases are repeatedly emerging at a time when global agencies and activist groups are publishing reports and literature that Indian Muslims are being subjected to “persecution” and one-sided communal crimes.

Most recently, the US State Department’s first human rights report released on Tuesday under the new Joe Biden administration named Muslims as among the most vulnerable community in India.

Last month, a US think-tank named Freedom House, in a report that declared India as ‘no more free’, said that Muslims in India have been subjected to "a spate of bigoted attacked, including lynchings”.

All such global literature, powered by India’s Left-leaning institutions and publications, ignores crimes perpetrated by the Muslim community on Hindus, particularly Dalit Hindus.