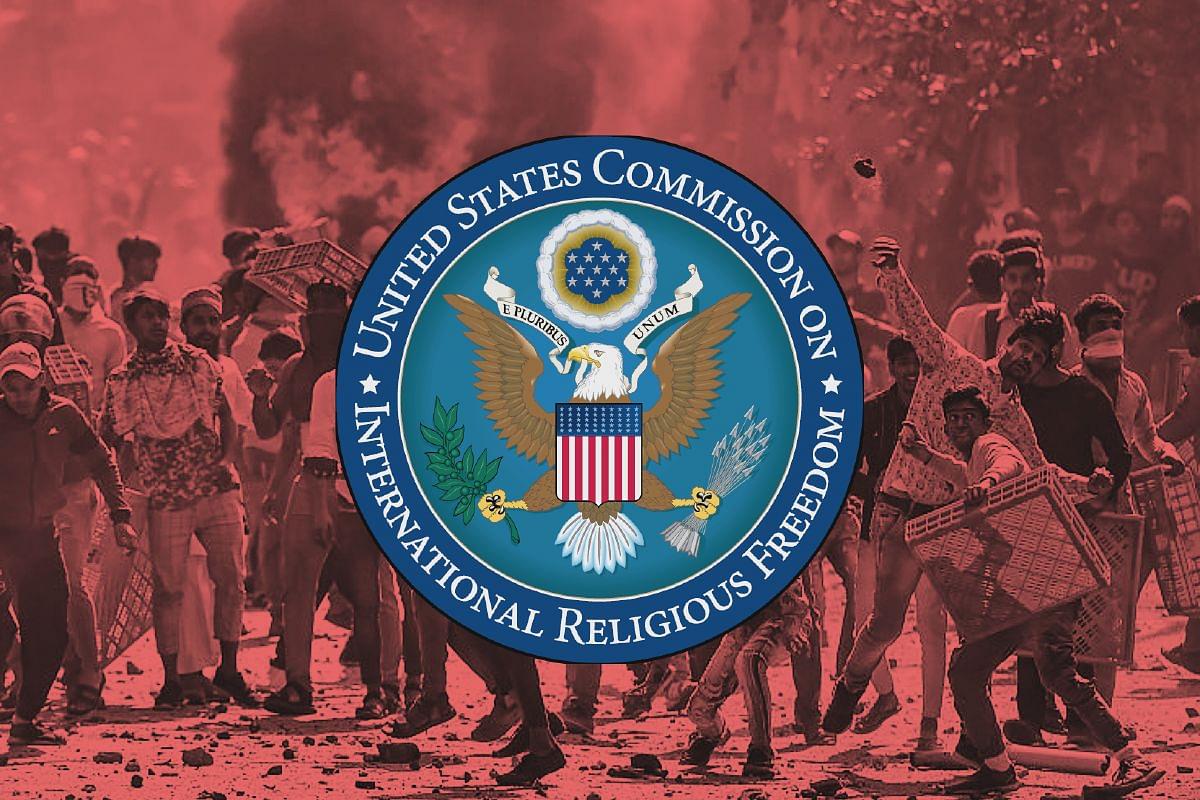 On 29 April 2020, a controversial US body, the United States Commission on International Religious Freedom (USCIRF), released its annual report recommending India’s listing under “countries of particular concern” along with Pakistan, China, North Korea and Saudi Arabia.

The report, in which three members of the commission dissented with its recommendation against India, suggested the US Embassy to meet people from “religiously persecuted” communities in India, and went as far as to recommend sanctioning of the Indian agencies and officials.

Ministry of External Affairs rejected the report calling it biased and sarcastically labelling the UNCIRF an “organisation of particular concern”.

This may come across as an aggressive response, but seems rather appropriate when one reads the USCIRF report. It is biased and has repeated lies.

First, the commission’s observation on Citizenship Amendment Act (CAA) are, at best, one sided. The report carries harsh criticisms of the CAA but does not recognise the fact that fast-tracking the citizenship for members of minority communities, who are facing religious persecution in the neighbouring Islamic countries for years, is helpful for them.

The report says that “with the CAA in place, Muslims alone would bear the indignities and consequences of potential statelessness”. This is incorrect.

As explained in this report, “if Indian non-Muslims are excluded from NRIC, they would not benefit under CAA 2019, unless they can prove they came from Pakistan, Afghanistan and Bangladesh. This is not something that can be faked easily”.

(Read: Nobody Is Taking Your Citizenship Away: CAA Explained)

By reducing time of naturalisation for religious minorities of Pakistan, Afghanistan and Bangladesh, India has offered them an opportunity and the right to practise their religion with dignity. Isn’t that what USCIRF wants?

Second, the report says that “in February 2020, three days of violence erupted in Delhi with mobs attacking Muslim neighborhoods”.

This description of what happened in Delhi is wrong. Swarajya has already reported how mobs attacked Hindus during the riot. Read the reports here, here and here.

There is no mention of violence-inciting speeches made by leaders from the Muslim community, including Umar Khalid.

Third, the report presents a one-sided view of the cattle-related violence.

“Lynch mobs, often organized over social media, have attacked minorities — including Muslims, Christians, and Dalits — under suspicion of eating beef, slaughtering cows, or transporting cattle for slaughter,” the report reads.

There are two sides to this violence — lynching of cattle smugglers and the lynchings they are involved in. There have been multiple instances of the latter. Swarajya has reported multiple cases in which cattle thieves attacked and killed cattle owners and those campaigning against cattle thefts. There have also been reports of attacks on Indian forces by cattle smugglers along the India-Bangladesh border.

(Read: Since 2018 At Least 20 People Have Been Killed By Cattle Thieves)

More worryingly, the report claims that lynching victims, not perpetrators, are being punished under India’s cow protection laws. The commission does not back this claim with any source, and connects this issue with religious freedom.

Fourth, the commission doesn’t back its criticism of anti-conversion laws enacted by many Indian states with proof, and makes no effort to hide its bias towards Christian missionaries.

The report says that “authorities predominately arrest Muslims and Christians for conversion activities” without presenting any data. It goes on to say that “following attacks by Hindutva groups against religious minorities for conversion activities, the police often arrest the religious minorities who have been attacked”. All this again without presenting any proof to support its claim.

Legitimate reports of coercive conversion activities of Christian missionaries find no mention in the report, which does not come as a surprise given that the commission has become a front for helping missionaries by coercing governments with the threat of labelling them as violators of religious freedom.

The report has no mention of missionary activities across India and rapid demographic changes in North-East India. Instead, the report shows concerns over limitation of activities of Christian NGOs due to new FCRA (Foreign Contribution Regulation Act) rules.

Fifth, the sub-section on “limitation of religious freedom in J&K” is ambiguous.

It mentions that India has arrested Kashmiri religious leaders. Once again, report mentions no source for this claim.

These biases and lies against India raise serious questions about the real motives of USCIRF.