How To Reboot Governance In Uttar Pradesh 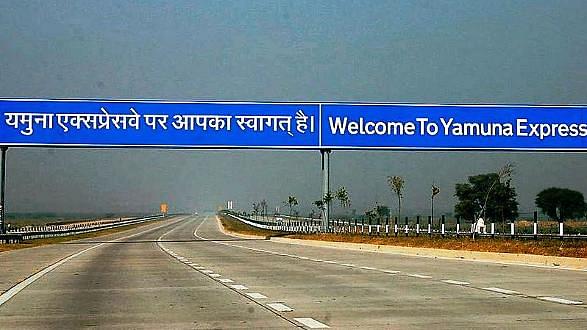 This is a time to celebrate for Bharatiya Janata Party (BJP), which has won a decisive mandate in Uttar Pradesh (UP). But, in reality, there is no time for celebrations and this is a stark and succinct conclusion. The challenges, which the new government inherits were well articulated here – infact the bundle of governance challenges UP faces is also very well documented in this book.

So, the electorate has given its verdict, but is the government run by a set of members of legislative assembly (MLAs)? Sadly no. The government is run by civil servants, who act on behalf of the elected representatives. Law and order, electricity, roads, healthcare, education, land registry and irrigation-portfolios are headed by elected representative but the departments are manned by the employees. You as a citizen get to change the MLAs or members of Parliament (MPs), but you do not have the power to change even a junior engineer or lekhpal. Here lies the hidden challenge.

Since 1947, Uttar Pradesh has seen 32 chief ministers (CMs). Mathematically, there should have been just 14! The state has been politically volatile soon after the tenure of the second chief minister, namely Sampoornanand, whose term ended in December 1960. This state has been under the President’s rule nine times with three spells, which were of about one year. Average spell of an administration hence is about 598 days (including spells of President’s rule). Only four CMs served their full five-year term in the past seven decades, this includes first two and previous two. Is this not a chilling fact?

So, while the politicians played their merry-go-round, it was bureaucrats who ran the state. No wonder the governance slipped progressively. From a state that offered world-class education in secondary schools, produced leading construction engineers, world-class power engineers, this state must now be visited, its newspapers read to understand what a contrast it now presents – dark villages, broken roads and education mafia.

Clearly this slide was aided and abetted by those on the rolls of the UP government. A whole generation of officers who now occupy apex levels were born and baptised in the era of political instability. Unlike more economically mature states, bureaucracy from the Union Public Service Commission-appointed civil and police officers to municipal officials, the corruption has seeped into the bone marrow of administration. Officials are more known for their political affiliation than for their work.

It is extremely worrying that tainted bureaucrats shift their political allegiance as they glide from one administration to another, as despite their image they are considered to be ‘deliverers’.

Would the ‘New India’ contract find space for such people? If no, then how would BJP deliver on its historic mandate?

As argued here, the new government has to hit the ground running from day one and avoid the ‘tainted deliverers’. But in a bureaucracy which has corruption in its marrow, how to even begin?

That the Centre and the state would have same ruling party, can be leveraged to great advantage. Officials who are credible need to be deployed in the state for giving broad feedback and providing trajectory correction on the fly. Every state department has a parent ministry at the Centre. The Centre has a comparatively cleaner system and its officials should be roped in to support the state machinery. Best welfare schemes and their governance can be brought in from other states immediately. Several BJP-ruled states have devised category defining social interventions – these solutions can be implanted expeditiously.

It is extremely important to bring in transparent public procurement in UP – to stem the nursery of corruption in the state. Multiplicity of state-owned public sector entities for construction need to be pruned. Technology-based intervention for mid-day meals, rural health, ensuring teachers to attend schools, MNREGA payment disbursal, PDS and electricity access can be deployed on a war footing in a year. Use of ICT tools can offer visible improvement in governance. To illustrate, it is possible to centrally monitor if distribution transformers are receiving and distributing power – this can set on course redemption of power distribution sector of UP.

It is important to improve rail network and new railway lines can be thought along the proposed expressways. UP’s cities have creaking civic infrastructure, before metros, the state needs to create extensive stage network and sewage management infrastructure. This would be a major job creator, and also important contributor to Namami Gange and Swachch Bharat Mission.

Recruitment has been a major source of corruption – several organisations in many painful iterations tried to make the process transparent and fair. This should be deployed without any delay.

Industry-friendly rules need to be brought in, with infrastructure of industrial towns be taken up for upgradation on priority. Administrators and engineers from central departments, central public sector undertakings, armed forces need to be urgently roped in.